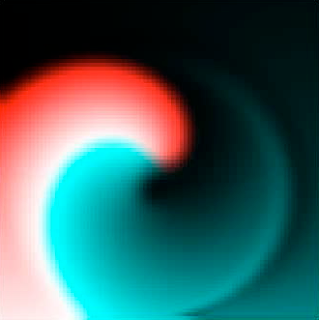 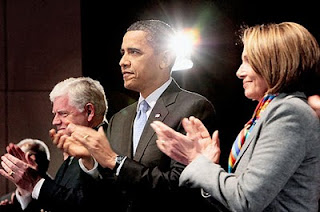 It may not be pretty, but it is a major achievement.  Anything less would have been to admit defeat and lead to a major bloodletting in November.  I think once all the angry rhetoric subsides, Americans will take stock in the new bill and see that it offers some significant reforms and should make the health care system more accessible to many more persons.  Obama and Pelosi deserve a lot of credit in selling this bill when it seemed the Democrats were ready to back out.
Posted by James Ferguson at 5:57 PM 29 comments:

The War on Powder River 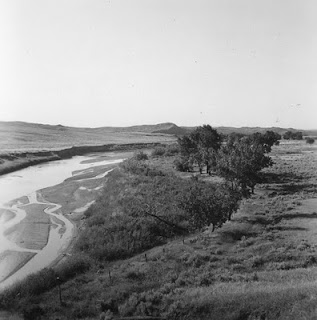 I found a copy of this 1966 classic on the Wyoming range war in Google books.  Favorable reviews for Helena Huntington Smith's treatment of the subject.  Even the infamous Tom Horn figured into the action.
Posted by James Ferguson at 10:08 PM 1 comment:

No Goats. No Glory. 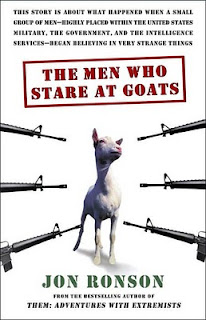 I have to say I'm a sucker for this kind of movies and books.  Curious now to read Jon Ronson's book.  I have read about Lansdale and his psi-ops, along with other attempts at unconventional warfare, but the idea of a "psychic footsoldier" was new to me.  I see now that even this has some credibility, as there were indeed psychic spies and a First Earth Battalion Operations Manual.  Fact can indeed be stranger than fiction.
Posted by James Ferguson at 11:37 AM No comments:

The Ides of March 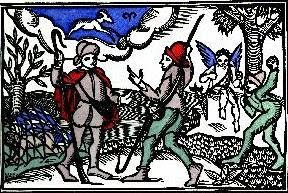 Sounds like a good theme to meander on.  In Lithuanian they call March Kovas, which literally means to battle, and it certainly feels that way with snowy nights and sunny days, with the temperature swinging about 20 degrees from day to night.  But, my wife tells me the month is probably named after the rook (corvus frugilegus), which returns each spring.
Posted by James Ferguson at 9:43 AM 12 comments: 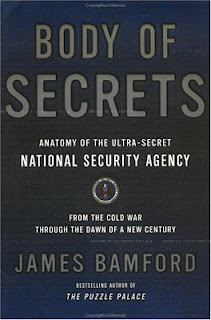 Operation Northwoods and other proposed secret military operations are described in detail in James Bamford's Body of Secrets, in which he takes on the National Security Agency, which sounds a lot like the "war room" in Dr. Strangelove,
The most controversial aspect of Bamford's study doubtless will be his detailed description and analyses of various crises in which NSA electronic eavesdroppers played a part: The U-2 affair of 1960, the Bay of Pigs invasion of 1961, the 1962 Cuban missile crisis, the 1964 Gulf of Tonkin crisis, the attack on the U. S. S. Liberty off Israel in 1967, the Pueblo incident off China in 1968, the Vietnam War, and last year's sinking of the Russian submarine Kursk. In each case, NSA ears were listening.

He has since written Shadow Factory, which covers the period between 9/11 and 2008.

Posted by James Ferguson at 8:37 AM No comments:

Emerson and the Transcendentalists 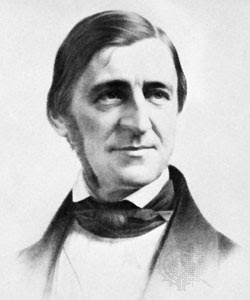 With a strong interest in Emerson being shown, I linked a book review by Clark Gilpin from the Christian Century (1996).  Also, here is a bibiography on Emerson, Thoreau and Early American Transcendentalism.
Posted by James Ferguson at 11:19 AM 40 comments:

The Making and Unmaking of Heaven's Gate 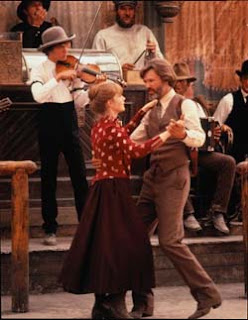 Find myself in the film mode these days.  I watched this fascinating documentary on the making of Heaven's Gate and the demise of United Artists.  People have different opinions about the movie, but I thought it was one of the best Westerns ever done, and Cimino's attention to detail was unparalleled, such as this great roller skating scene.

The movie as Cimino originally cut it was over 5 hours, but after much pressure he shaved it down to less than 3 hours, losing much of the scope of the film, including the long Harvard graduation introduction, giving it a choppy feeling that was hard to understand, and turning away viewers especially after all the bad press it received.  Kevin Thomas of the LA Times stood virtually alone in praising the film for its cinematic brilliance and audacity.

The story itself was based on the Johnson County War of the late 19th century, with many of the persons involved referred to directly or indirectly.  Cimino must have had Slavic connections, because he also focused on a Slavic community in Pennsylvania in his movie The Deer Hunter.
Posted by James Ferguson at 8:02 AM 24 comments:

What to Read Next? 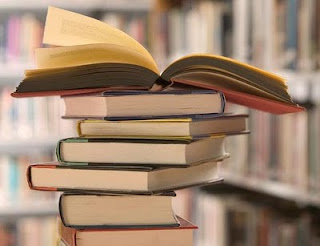 The forum is once again open to suggestions.  Quite a few books referenced as of late.  What would be your choice?
Posted by James Ferguson at 1:47 PM 14 comments: 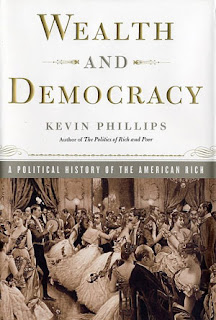 Seeing the anniversary of Adam Smith's The Wealth of Nations brought to mind Kevin Phillips' Wealth and Democracy, in which he demonstrates that the rise of wealth has led to a corresponding decline in democracy,
In the Phillips theory, economic and political forces in the U.S. and other countries have repeatedly generated periods featuring speculative bubbles, political scandals, bursts of inflation and deflation, and voter revolts. The excesses of America's free market and moneybags democracy in particular make the pattern re-occur in intense series of booms and busts. Phillips identifies three distinct U.S. historical cycles--we are at the end of the third--in which the egalitarian policies of moderate GOP Presidents Abraham Lincoln, William McKinley, and Richard M. Nixon get replaced "conclusively by the language of Wall Street, Darwinism, and tax-cut worship." The result each time has been a greater concentration of wealth and power at the top.
Posted by James Ferguson at 1:37 PM 2 comments: 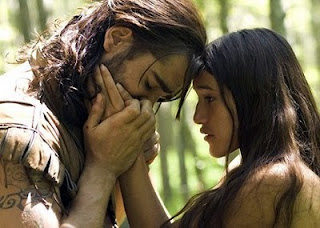 I found Terrence Malick's The New World very well done, and interesting in that he appeared to cull his story from the diaries of Pocahontas/Rebecca, John Smith and John Rolfe, giving the story a deep personal feeling not often seen in movies.  I also thought that Pocahontas was beautifully portrayed by Q'orianka Kilcher. The cinematography was breathtaking and really did capture the sense of a "New World," before Jamestown came to efface the landscape.
Posted by James Ferguson at 2:02 PM 2 comments:

The Rescue of Henry Clay 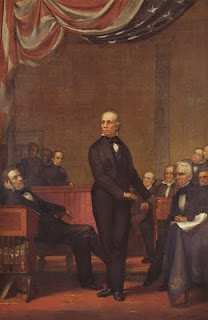 Seems like Henry Clay is the man of the hour.  Another book by Robert Remini is due out soon.  The linked article focuses on a painting of the Great Compromiser, which was recently found,

Completed nearly a century and a half ago by Phineas Staunton (1817-67), the painting, Henry Clay in the U.S. Senate, had been all but forgotten and left to molder in a basement in upstate New York. Now, after a 17-month restoration, it has found a home in one of the handsomest settings in the Capitol. "I never thought I'd see this day," says Diane Skvarla, the U.S. Senate curator. "We've not only rediscovered this painting, we've rediscovered its beauty." The portrait was officially unveiled on September 23."Clay deserves this recognition, because he is eternally and deservedly associated with the art of legislative compromise," says Richard Allan Baker, former historian of the U.S. Senate. 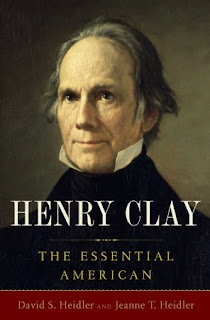 New book due out in May,  which looks very promising.
Posted by James Ferguson at 9:37 AM No comments: