The Ordeal Of Woodrow Wilson 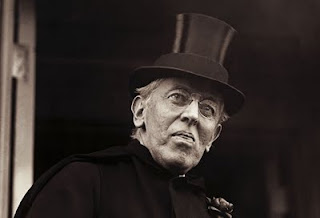 This is an interesting excerpt from a book Hoover wrote on Wilson, entitled The Ordeal of Woodrow Wilson.  Here is the complete text.  Hoover and Wilson were the only presidents to write books about other presidents.  Wilson had written a biography of Washington.
Posted by James Ferguson at 11:18 AM No comments: 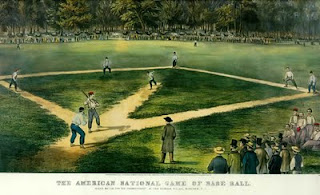 Summer is baseball and since there are some sports fans here I thought it would be fun to compile a Top Ten booklist of favorite baseball books -- history or fiction.  Ask Men has compiled this dubious list, although it has a handful of gems like Ball Four and The Natural.  I really liked the book on Satchel Paige I read a few years back, Don't Look Back.  What are your thoughts?
Posted by James Ferguson at 11:59 AM 9 comments: 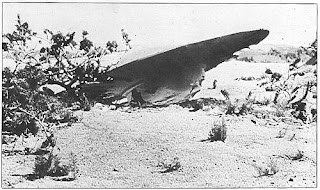 I seem to get much of my "news" from Jon Stewart these days.  I first heard about this book on The Daily Show, and I've since read a number of favorable reviews.  Annie Jacobsen debunks the UFO conspiracy theories that surround Area 51, saying it is just part and parcel of the covert history of this mysterious military base.  Of course UFO enthusiasts are none too happy to have their conspiracies debunked, but once again fact is stranger than fiction, as Annie probes into the sordid Cold War history between the US and the Soviet Union,

Back to that little gray alien allegedly seen at Area 51: Ms. Jacobsen has a theory about the base’s alleged U.F.O. connections. It goes back to the radio broadcast of “The War of the Worlds” in 1938 and the panic it engendered. Making a series of implications that are her book’s most controversial aspect, she connects this hysteria to the 1947 alleged flying saucer crash in Roswell, N.M., a story cherished by conspiracy theorists and not easily refuted.

Fear is a wonderful tool for keeping the masses in line. Worked for both the US and the USSR.

Posted by James Ferguson at 10:41 AM No comments:

Mightier than the Sword 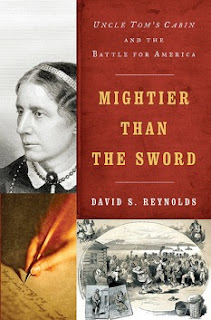 Harriet Beecher Stowe's birthday was three days ago, and David Reynolds marked the occasion with the release of a new book that puts her immortal book into perspective,

The “Battle for America” of the subtitle, is the conflict between the progressive, anti-slavery message of Stowe’s novel and the reactionary, conservative elements who resisted the abolition of slavery. While the Civil War was the most bloody and costly front in that battle, Reynolds demonstrates how the ideological debate raged on long after the war ended, with Uncle Tom’s Cabin never far from the socio-cultural intersection of values. Just as it inspired sympathetic books in the same vein, it also precipitated a flood of pro-slavery novels that romanticized the Old South. The reactionary anti-Tom books, as Reynolds states, might have ended up in the dustbin of history had it not been for Thomas Dixon’s venomous works catching the fancy of filmmaker D.W. Griffith. Griffith’s Birth of a Nation (1915), a blockbuster of the new medium of cinema, reignited the battle. Uncle Tom’s Cabin had its share of film versions – nine silent versions between 1903 and 1927 — but the old warhorse could not compete with Griffith’s controversial masterpiece, nor the paranoia it inflamed in whites about black male sexuality.

from CalLit Review
Posted by James Ferguson at 10:12 PM No comments:

I remember watching the American Experience documentary of Walt Whitman years ago.  I was heavy into Whitman at the time.  It was part of my "Beat" experience.  The documentary is no longer available at PBS, but someone was nice enough to upload it to Youtube.

David Reynolds has written a recent biography, Walt Whitman's America, which has been mentioned as a possible reading group selection.
Posted by James Ferguson at 4:42 PM 7 comments:

A Pocketful of Kryptonite 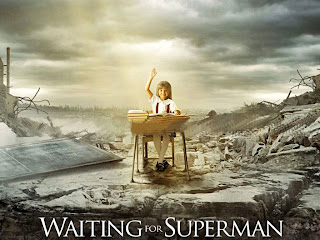 I had looked forward to this documentary, but was sadly disappointed by how shallow it was.  Guggenheim appears to take the neocon view that the problems with public schools in America are the teachers' unions, pointing to a handful of charter schools, which don't have to hire union teachers, as shining lights.  Melissa Anderson sums up the shortfalls of this film in this Village Voice review.
Posted by James Ferguson at 10:17 AM 2 comments: 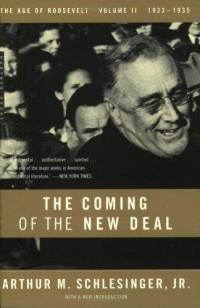 Another option is the second book, The Coming of the New Deal, 1933-1935, in Schlesinger's series, The Age of Roosevelt, especially given that Social Security and other programs born out of his administration are coming under fire from Republicans.  There is also Leuchtenburg's book, Franklin D. Roosevelt and the New Deal: 1932-1940.  Love the 1963 cover.
Posted by James Ferguson at 1:01 PM 3 comments: 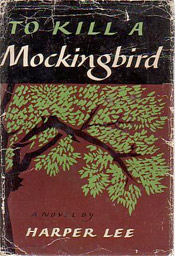 Recently, a signed first edition of To Kill a Mockingbird sold for nearly $10,000 at Abebooks.  The novel celebrated 50 years in print in 2010.  It is one of the most revered books in American literature and still resonates with many readers today.

"I can honestly say I learnt more about human rights from To Kill a Mockingbird than all the law books in the world. I first read it when I was 12, then studied it at school. So much of what I believe about people and values is promoted in the simple but powerful story of Atticus Finch, who tirelessly defends a black man in the Deep South on the false charge of rape. At its heart it's really about three basic values: dignity, equality and fairness."