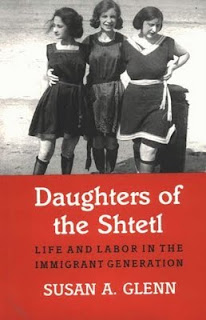 Here is an on-line copy of Susan Glenn's book, Daughters of the Shtetl.  It looks at both life and labor of Jewish immigrants in New York at the turn of the century, eventually leading to the uprising of 1909.  Should serve as a valuable supplement to Von Drehle's early chapters. 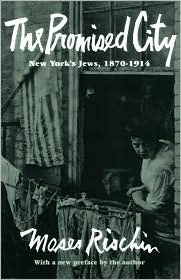 paints a vivid picture of Jewish life in New York at the turn of the century. Here are the old neighborhoods and crowded tenements, the Rester Street markets, the sweatshops, the birth of Yiddish theatre in America, and the founding of important Jewish newspapers and labor movements. The book describes, too, the city's response to this great influx of immigrants—a response that marked the beginning of a new concept of social responsibility.

To complete this triptych, here is a copy of Hasia Diner's Lower East Side Memories, which recounts the period 1880-1930.

Diner, the inspired historian, has found her way to a particular intersection that no one else has located quite so precisely . . . the exact place where cultural identity, historical myth and geographical location run together, in a tangle of traffic and honking horns, a strangely emotional place. . .