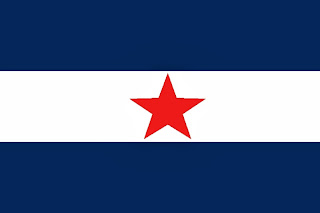 Colorado like many states in the US is politically divided.  All one has to do is look at the election returns to the see the swathes of red and blue counties.  However, twelve northern counties voted this past Tuesday to secede from the rest of the state.  Eleven are contiguous and want to form their own separate state.  The 12th would either have to go solo or request to join Wyoming, as the Constitution forbids non-contiguous states.

This is not new.  As Michael Tomasky notes in his article.  Staten Island recently voted to secede from New York City, but it has been a long time since any of these secession bids have been approved.  West Virginia, I believe, is the last example of citizens splitting from their home state in 1861.  Their secession bid was approved in 1863, during the height of the Civil War.  Before, the thirteen original states gave up their western possessions, allowing for states like Kentucky and Tennessee to come into the Union.

Despite these precedents,  it is highly unlikely Congress will approve current efforts.  As for Coloradans, it seems they can't even agree on their motto.  The direct translation of Nil sin Numine is "Nothing without Providence," but apparently this isn't explicit enough, so a special investigation was made and it was determined that the original framers meant "Nothing without the Deity."

At the heart of these secession bids seems to be anti-immigration sentiments fueled by the Tea Party. It seems the teabaggers are coming to the realization that their bid for control of the Republican Party, much less the country, appears to be evaporating, and now they want to form their own white-only enclaves.  It's amazing they still want to remain in the Union.

It's not like these conservative counties don't already have semi-autonomous control of their affairs.  A lot of these remote places have become havens for survivalist groups, conservative religious sects and other right-wing element, loosely affiliated with the Tea Party, which have pretty much rejected federal and state government, often refusing to pay taxes.  But, apparently in Northeast Colorado (to be more geographically precise) they want to make a clean break.

In an effort of compromise, Tomasky noted that the Colorado state legislature is considering the idea of distributing senators evenly between counties, regardless of population.   This, of course, would lend much more weight to Republican counties, which dominate the state.  The legislators cite the U.S. Senate as a precedent, but apparently what is good for the goose is not good for the gander and state senates must be a fair representation of the population.

I suppose it was only a matter of time before such efforts picked up steam, given how deeply divided the country has become.  Democrats find themselves herded into metro areas in most states, with much more sparsely populated rural counties being heavily Republican.  If elections were a matter of land area, Republicans would dominate politics in America, as they control much of the farm belt.  Of course, the irony is that so many of these conservative farmers and ranchers rely heavily on state and federal subsidies, making them essentially wards of the state.

So, until these rural communities can truly attain the self-sufficiency they extol, they should quit trying to extort the government.
Posted by James Ferguson at 1:08 PM