Oliver Stone's America, or a Lefty's guide to American History since the Cold War 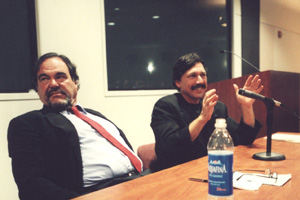 In case anyone is interested, here is the syllabus for Peter Kuznick's class on Oliver Stone's America at The American University in Washington, DC.  The focus seems to be on the role of film in history, Stone's films in particular, with Robert Toplin's Oliver Stone's USA as one of the required texts.  Other texts include Daniel Ellsberg's Secrets and Christian Appy's Working Class War.  After all the publicity generated by the Showtime series, the history department of The American University should offer this class on line.
Posted by James Ferguson at 4:01 PM