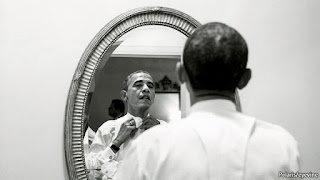 Oliver Stone tells us that in 2011 the US spent 40 per cent of its national budget on the military, security and surveillance.  That is roughly $1.2 trillion, far exceeding the yearly average during the Bush administration.  He sees Barack Obama not as an agent of change, but rather a more effective "war president," relying on a "7000 drone armada" to police the world's air space.  The network of military bases and offshore naval fleets is now so great that virtually no country escapes US surveillance, and can be subject to US punitive strikes at any time.

It is kind of surprising that Stone would reserve his most bitter scorn not for George W. Bush, but for Barack Obama in the final episode of his Untold History of the United States.  Ollie spends roughly 20 minutes on Bush and over 30 minutes on Obama, often blurring the line between the two.  An example is the $700 billion TARP program, which was initiated under Bush, but oversaw by the Obama administration. Stone makes it sound as if this was Obama's baby from the beginning, chastising Obama for bringing so many "Rubinites" into his cabinet, because of the large Wall Street support he received during the general election.  Obama wasn't exactly repaid kindly for that magnanimous gesture judging by all the backlash from leading CEOs during the 2012 campaign, but that doesn't suit Stone's vision of post-Cold War America.

Instead, we see the same old theme play out, a presumably liberal president-elect falling under the influence of foreign policy hawks within his party and the same old corporate pyramid now "Too Big to Fail."  Stone doesn't point to one particular dark shadowy figure in the Obama administration, like he did Brzezinski during the Carter administration.  Instead, he seems to view it as a character flaw in Obama himself, "a wolf in sheep clothing."

I don't want to sound like an Obama apologist, because I too find a lot to fault in his administration, but the managed withdrawal in Iraq and the "surge" in Afghanistan were both well outlined in his election bid.  He even had a great number of multi-starred generals standing behind him in one photo op supporting his positions.  So, when Stone criticizes Obama for his troop build-up in Afghanistan (to help relieve the long-suffering NATO presence in the country) it seems Stone simply refuses to acknowledge Obama's campaign message.  Like many liberals, Stone appears to have seen Obama as a "Black Kennedy," and became bitterly disillusioned with the policies he set during his administration, notably his foreign policy, even when most of these positions had been enunciated during his campaign. 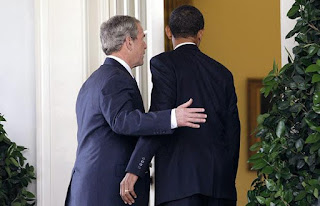 Stone sees the Obama administration as a thinly disguised version of the Bush administration, with many of the same players including Robert Gates as Secretary of Defense.  He notes that the drone attacks, torture and other forms of subversive tactics are still used, just more effectively and under an even greater shroud of secrecy.  He sees the raid on the bin Laden campaign as "vigilante justice," and the new film, Zero Dark Thirty, as a justification of this action, with the CIA actually providing information to the film's director, Kathryn Bigelow.

In Ollie's mind, Obama squandered another golden opportunity to reach out to former foes, in this case China, repeating the same mistake Truman made back in the late 40s.  This gives Stone an opportunity to present Henry Wallace one last time as someone who could have changed the course of history, if only he had been the Vice-President in 1944 and not Truman.  Instead, we embarked on an enormously costly and counter-productive Cold War, giving rise to a labyrinthine military-industrial complex that has trapped each succeeding President.

These later episodes aren't so much history as they are opinion held together by a loose conglomeration of clips, many of them from movies, with voice-overs in the case of Bush that sound like they came from Josh Brolin in Stone's movie, W, not from Bush himself.  Stone massages the text with his sleep-inducing voice as if he wants us to drift away into a semi-sleep where his message can seep into our subconscious and allow us to "remember the past, and step by step like a baby reach for the stars," with his image fading in at the end of the final segment like the Sandman himself.