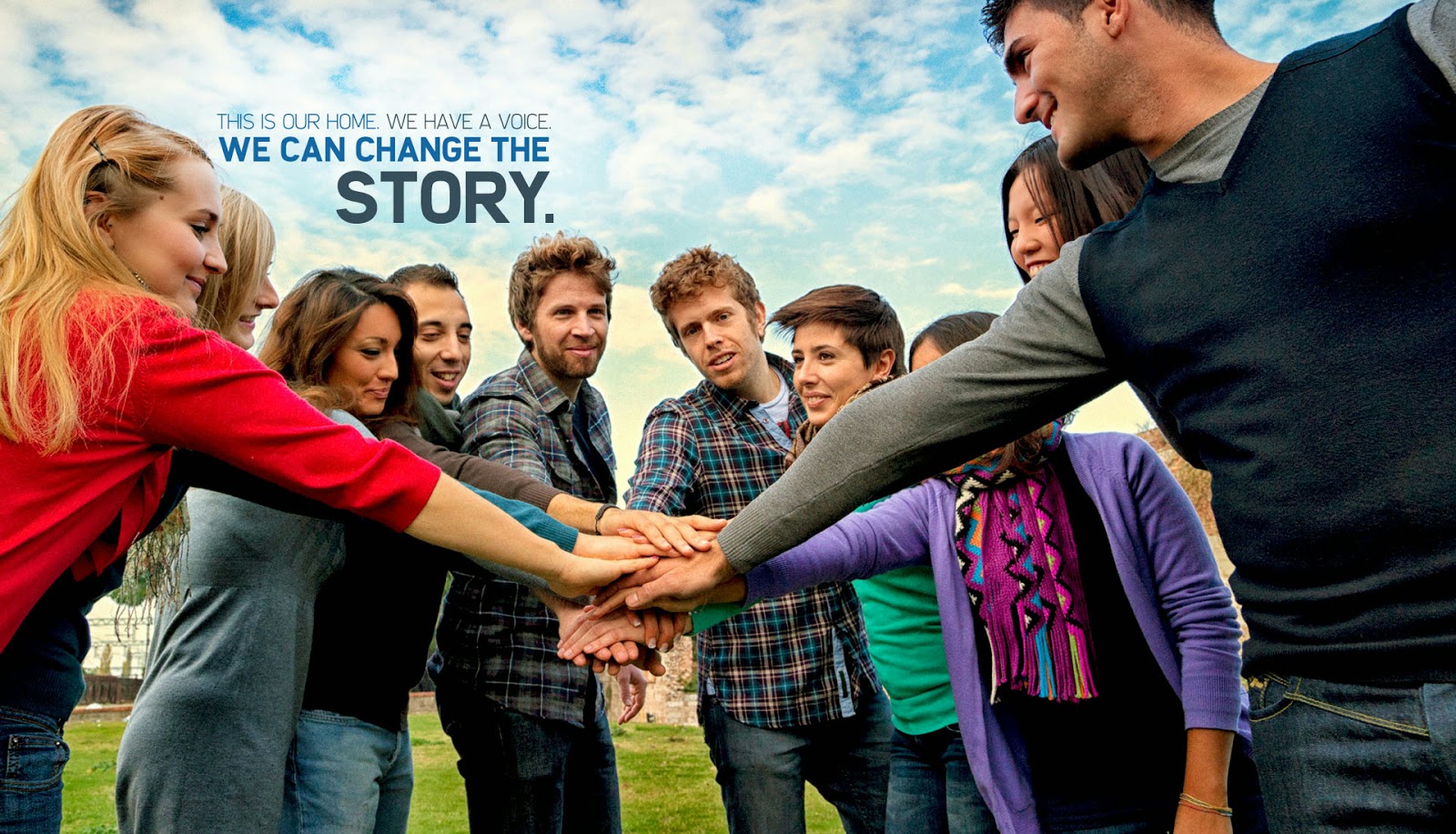 When you type in Millennial these days it is no longer a religious fundamentalist who believes the End Times are upon is, but also the generation born after 1980, who has essentially grown up in the new Millennium.  It seems they shed their previous moniker Generation Y.

This must be a demographic nightmare as so many of these religious fundamentalists identify themselves as Millennials or Millenialists.  The media picked up on the former term in reference to the Gen Y'ers, which "Obamacare" so desperately needed to support its health insurance exchanges.  I suppose you can be both, but according to statistics, the New Millennials don't identify themselves very strongly with religion.

It seems the only thing these two demographic groups have in common is a shared passion for The Walking Dead.  There are no end of interpretations for the meaning of the zombies in this highly popular television series that imagines a post-apocalyptic future in which human beings are forced to band together or be eaten.

Unlike Gen X before it, Gen Y tends to lean left and be much more politically active.  This was clearly the target audience of Obama and healthcare.gov in the closing months of the health insurance exchanges, convincing these young adults that government-sponsored health insurance was in their best interest, a kind of Zombie Survival Guide if you like.

Of course, the religious Millennialists were having none of it, convinced that "Obamacare" is yet another sign of the End Times and that we all better hunker down in our doomsday bunkers with our prayer books and hope that the Lord takes us up to the Heavens in the Rapture.

This all seemed like harmless fun at one time.  Few took these doomsday sayers seriously, but now that we see Millennialists in government actively influencing decision making, a Zombie Apocalypse no longer seems like such a far-fetched idea.  At times, it appeared George W. Bush was actively promoting a Millennialist agenda during his tenure in office, which has been carried forward by the Tea Party.  I suppose these folks got tired of waiting for the Second Coming and are determined to make it happen by stirring up unrest in the Middle East, where they feel the apocalypse will erupt, as prophesied in Revelations.

Of course, it is little wonder that John of Patmos (aka John the Revelator) chose the Middle East, as that is where he lived at the time he wrote the final book of the New Testament.  Most scholars believe it was written about 60 years after the death of Jesus, making it around 95 AD.  I guess there were those who desperately longed for their savior's return and imagined all sorts of dark events surrounding it.  Scholars generally tend to view Revelations as allegorical of the imagined End Times of the Roman Empire, not the world as a whole, but John sure made it sound like the world would erupt in a conflagration of Biblical proportions.

This kind of apocalyptic thinking makes great fodder for Hollywood movies.  Somehow we managed to get past 2012, but that doesn't mean there aren't more ominous signs out there.  All one has to do is look around the Internet to find any number of websites and facebook pages devoted to the Apocalypse.  Even National Geographic has picked up on theme, offering a number of "scientific" hypotheses as to cataclysmic events that can lead to the end of the world.

It's almost like we are trying to will this to happen, not satisfied by the sedentary lives we find ourselves in.  These vicarious thrill rides serve as good coffee and cigarette break fodder at the office, but it doesn't look like like the young Millennials are having any part of it, preferring instead to see the world unfolding before them.

Posted by James Ferguson at 2:58 PM