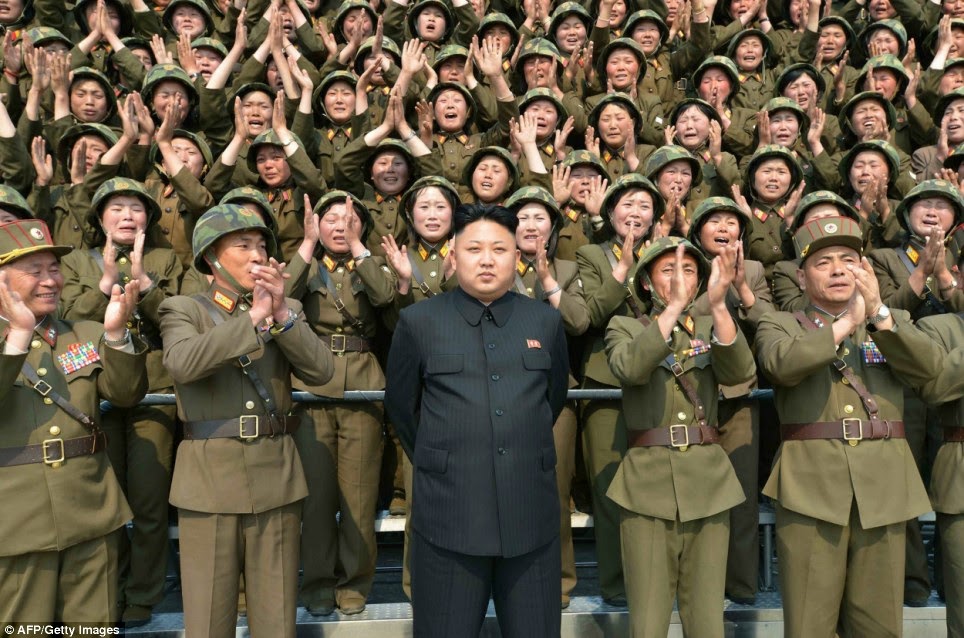 In the end, it looked like one big publicity stunt for what appears to be a very mediocre movie.  You almost wonder if Sony and Kim Jong Un were in on this together.  After all, the e-mail links were nothing more than a minor source of embarrassment, quickly forgotten in the big screen debut of The Interview.  Now that the cat is out of the bag, it is hard to see this movie rolling up big numbers at the box office, but who knows, there are those who enjoy Seth Rogen's peurile humor. 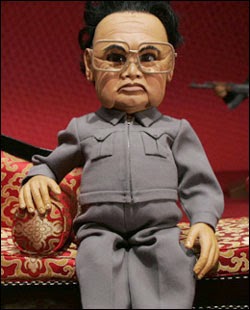 I don't know if young Kim is as big a movie fan as his father was, but I don't remember Kim Jong Il being particularly put out by Team America, which cast him as a puppet arch-villain bent on reducing the entire world to third world countries, which he would easily dominate.  The movie mocked Bush's war on terror more than it did Kim Sr, who had lured the Film Actors Guild (FAG) to Pyongyang to set up the necessary diversion for his nefarious scheme.  It was Team America to the rescue with more than a few distractions along the way, including this rather touching one.  Rogen and Franco don't hold a candle to Parker and Stone.

The Interview seems to owe more to the equally peurile The Dictator from two years back, which was nothing more than a short comic sketch you might have enjoyed on the old Ali G Show, but stretched out to 90 minutes was very short on laughs.  Since Sacha Baron Cohen didn't specify any particular leader, he didn't bring down the wrath of the Muslim world on him.

Young Kim claims he wasn't behind the cyber hit against Sony, and even went so far as to suggest the United States join him in finding the true culprit behind the act, but President Obama was having none of it.  North Korea briefly lost its Internet connection, as if it were a scolded child.  I'm sure North Korea has its outside agents who operate within the deep space of Internet to launch their cyber attacks.

All this would make a much more interesting and darkly comic movie.  Maybe something like Being Kim Jong Un, where people pay to get inside his head to see what it's like to be the Supreme Leader of  the repressed world of North Korea.

Posted by James Ferguson at 1:22 PM