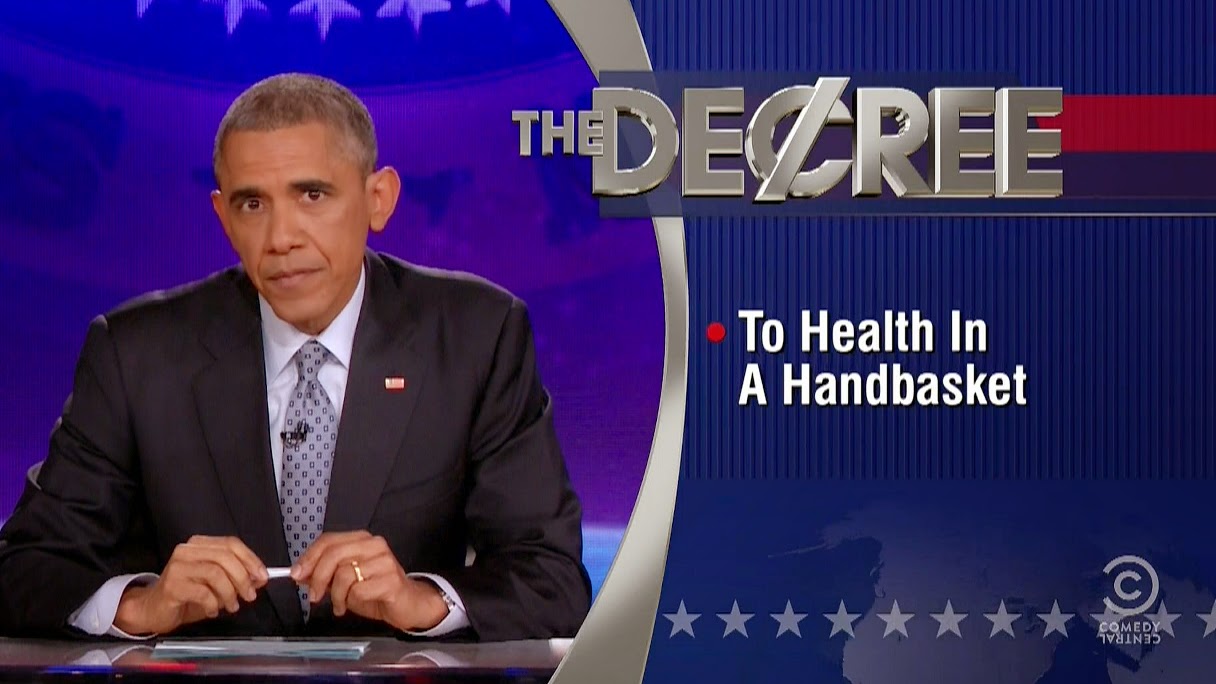 The President took over The Colbert Report Monday night, which Stephen seemed a little too willing to concede.  I guess now that his days are numbered, Colbert is letting his "conservative" persona slip, because he hardly challenged Obama in the interview that followed.

For years now, Stephen Colbert has made a mockery of the conservative talk show, much to the chagrin of his acknowledged "mentor" Bill O'Reilly.  Colbert's satire was always skin deep but very effective in parodying the way the conservative media sees the world, because that's about as far as you need to penetrate.

Of course, President Obama was well prepared, delivering Colbert's "The Word" while mocking himself.  During the interview, he also took jabs at himself, noting how his wife and daughters tease him unmercifully after a day in the Oval Office.  I imagine he got quite a bit of ribbing after this performance as well.

Obama has long been accused of being a haughty intellectual unwilling to listen to other arguments, much less make fun of himself. Yet, time and again he has shown much more humility than his conservative counterparts in Congress.  Colbert has had conservative politicians on his show, but to my knowledge not John Boehner or Mitch McConnell.

The President took the offensive after the midterm electoral defeats, pushing his agenda while a lame duck Congress futilely argued over Keystone XL.  He has set the agenda for the new session by issuing executive orders on immigration and climate change, which will have the new Congress scrambling to come up with counter legislation.  Meanwhile, Congress quietly passed a spending bill rather than risk another year-end confrontation with the President.

This isn't the first time the President has tried comedy.  He had similar fun on Between Two Ferns, giving as good as he got from Zach Galifianakis.

Posted by James Ferguson at 1:43 PM