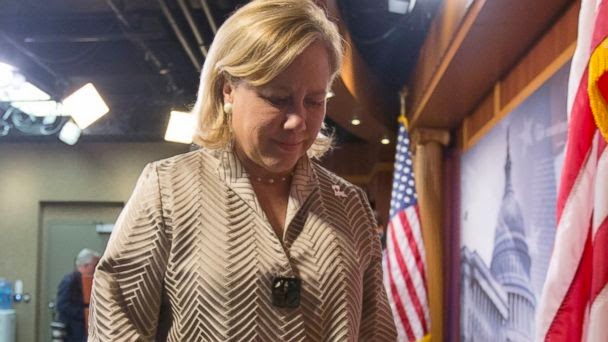 In defeat, Mary Landrieu described her own record as one of "courage."   Keystone Mary first came to Congress in 1996, the same year Bill Clinton secured his second term.  She won a hotly contested election over Republican Woody Jenkins for a seat vacated by Democrat J. Bennett Johnson, Jr, who had served Louisiana for 25 years.  Her victory was one of the bright spots that election year as the Republicans had retained control of Congress.

I suppose by "courage" she meant she voted for the Stimulus Bill, the Affordable Care Act and other Democratic sponsored bills that came back to haunt her in this election.  The Republicans made a big deal out of a leaked memo where a Landrieu staffer proudly proclaimed she had voted with Obama 97 per cent of the time.  However, if we look back at her time during the Bush years, she voted for the Patriot Act, Homeland Security, the wars in Iraq and Afghanistan, and continued to support these efforts throughout the Obama administration.  She only managed a 52 per cent progressive rating, leading Move On to campaign against her in Louisiana.

Basically, Mary has been a good Democrat when it suited her.  She worked her way up the ranks to Chair of the Senate Energy Committee by knowing when to give into the party line.  It was here that her true colors came out, pushing Keystone XL once again in Congress.  In fact, she was decidedly pro-oil at a time the Democrats appeared to be shifting toward alternative forms of energy.  It may make sense coming from Louisiana, but as far as the national picture is concerned this was a big step backward.  One has to wonder what Harry Reid, the Senate majority leader, was thinking other than to offer her a plum for her support of other Democratic initiatives.

This is pretty much how the political process works -- you scratch my back, I scratch yours -- but at a time Obama needed all the support he could get in Congress to push through new energy alternatives,  Keystone Mary was the last person you wanted to see heading up the Energy Committee. She scuttled any bill that didn't favor her interests in the Gulf and pushed for lucrative oil and natural gas tax incentives in her home region.  With friends like that, who needs enemies, as the incoming Republican majority will do exactly the same thing.

Maybe this election is the house cleaning the Democrats needed to pursue candidates in "red states" that truly represent their interests, not ones like Mary Landrieu.  She can blame Obama and the Democratic National Committee all she wants for her loss, but in the end it was her own poor decisions that cost her this election, biggest among them running against the Democratic party line in a state that still has a sizable Democratic base.

The exit poll numbers during early voting sealed her fate.  Democratic voting was down across the board, while Republican voting was up 3 per cent.  Little wonder she lost by 14 points to Bill Cassidy, who had to do very little campaigning this past month except make a few perfunctory appearances, such as the debate this past week.  It really didn't matter by this point, as her last act as head of the Senate Energy Committee had been a miserable failure, unable to muster the necessary Democratic votes to carry her Keystone XL bill, much less challenge an Obama veto.