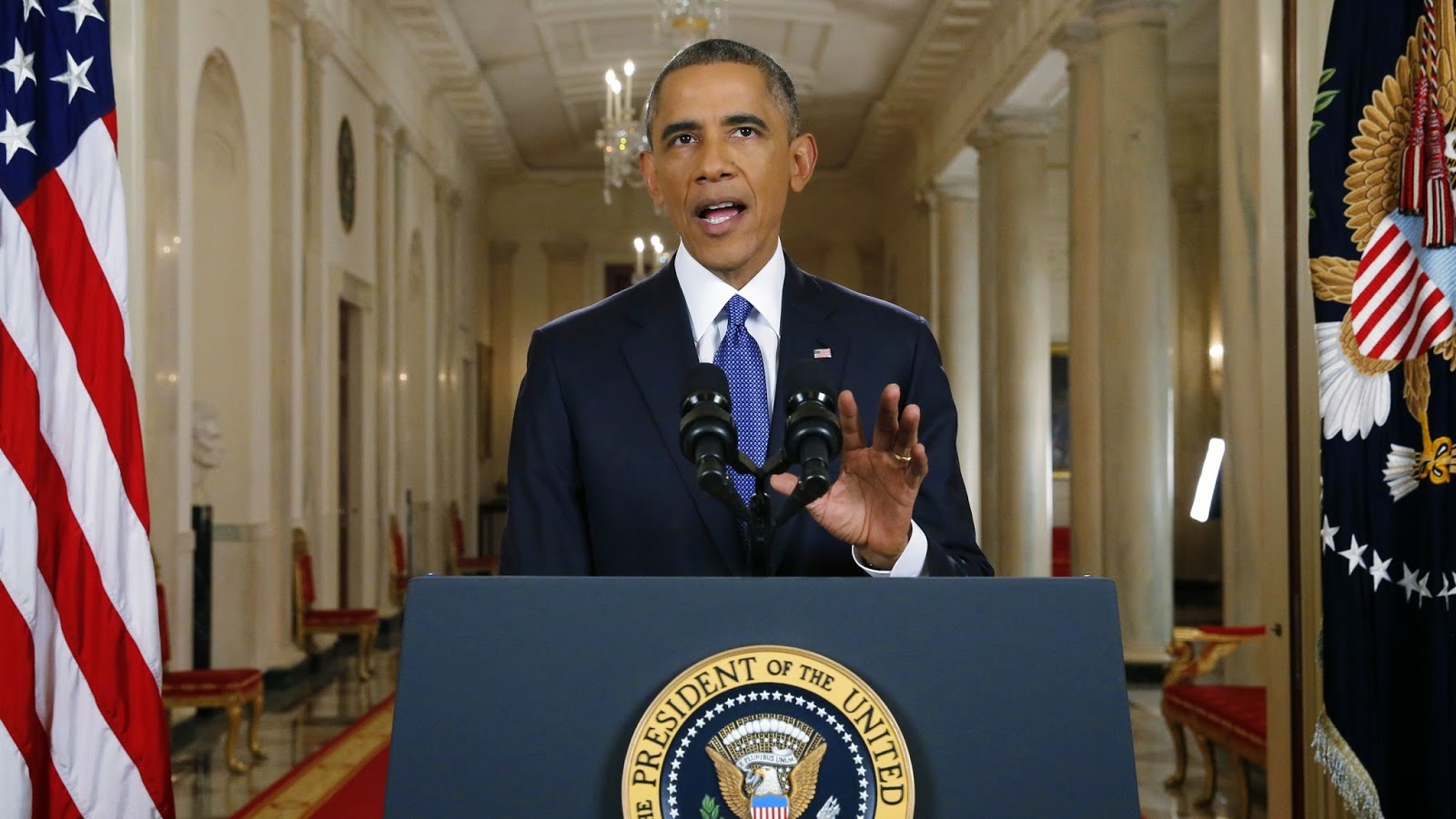 After a miserable election year for the Democrats, President Obama managed to salvage a good year by taking matters in his own hands the closing months.  He has forced the Republicans to address some real issues in 2015, notably immigration and reshaping American policy toward Cuba.  He also took unilateral steps on addressing climate change with China, as well as extending the length of visas to Chinese working and studying in the United States.

Of course, none of this sat well with Republicans after their resounding nationwide victories in Congressional and gubernatorial elections.  They seemed to feel they finally had the critical mass to overturn "Obamacare" once and for all, but now they find themselves having to deal with much more thorny issues they would have preferred to set aside until 2016 and beyond.

Immigration is a particular sore point.  Obama had held off on taking executive action at the behest of fellow Democrats who felt the issue didn't sit well in their Congressional districts.  As it turns out, it probably would have helped them if Obama had taken these steps earlier, as his approval rating has soared in the last two months, particularly among Hispanic-Americans, who had long been waiting for these measures.

Polls consistently showed that Americans were for immigration reform, but in hotly contested red states the issue was a non-starter, and it seemed Democrats felt they could still hold onto a handful of Senate seats in Southern and Western states.  They failed to do so largely because of historically poor voter turnout in response to their lack of action.

It has surprised me that the Democrats have shown so little interest in their President since his re-election.  They have treated him as a lame duck ever since he was inaugurated for a second term in January, 2013, seeing Hillary Clinton as the presumptive Democratic presidential nominee in 2016 and therefore the person most likely to shape the elections.   For much of these past two years it seemed Obama was willing to take a back seat, but something spurred him after the humiliating 2014 midterms.

The Clintons failed to deliver key Congressional and gubernatorial victories.  Hillary no longer looks like the sure bet she did this summer, and Bill no longer the kingmaker he projected himself as by pushing young aspiring candidates like Alison Lundergan Grimes.  This left Obama to fill the void by pumping new life into 2016 Democratic aspirations by pushing the issues no one wanted to address during the midterm campaigns.

If the Affordable Care Act survives the latest challenge in the Supreme Court, the Republicans will have no other choice but to finally address immigration.  Obama made sure of that by issuing executive orders that put the ball squarely in the new GOP-led Congressional court.  A bill had passed the Senate way back in the summer in 2013, but the GOP-led House sat on it for over 400 days, too afraid to anger their deeply conservative base.  Republicans can only hope that the Supreme Court deflects attention away from immigration reform by striking down the subsidies which are a key part of the ACA.

However, the President went one step further by reopening diplomatic ties with Cuba and calling for a new foreign policy toward the island nation, which has haunted American politics for over fifty years.  Here again, Obama wanted to do this much sooner, but talks stalled back in February when the President felt pressure from all sides on the issue.  Now, the issue is front and center and like it or not the new Republican Congress will have to deal with it. 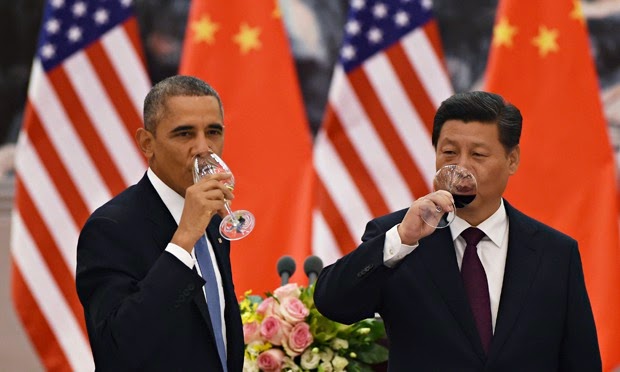 The other big move was reaching an agreement with China to reduce carbon emissions over the next 16 years.  Obama appeared to be stealing some thunder away from Russia, which had been working out its own bilateral agreements with China over a new gas pipeline and attempts to form a rival currency to the dollar.  Obama sweetened the deal by extending student and work visas for Chinese.  Again, the Republicans weren't ready for this and found themselves tripping over their own words in response.

These executive orders don't salvage what was a very bad year for the Democrats, but they do put the pressure on Republicans to do more than simply stonewall the President for the next two years.  They do not have a filibuster-proof majority in the Senate, so Republicans will have to seek concessions, which has long been anathema among its electoral base.  This turned out to be the case in the latest budget bill.  The Omnibus bill left no one very happy, but it averted a government shutdown, which would have been an ugly way to start the new Congressional session.

Still, the executive orders finally show the President taking action, which he had promised at the beginning of the year, and set the stage for a much more proactive final two years of his administration than many of us would have imagined.  That in itself should light a fire underneath Democratic feet and get them thinking more positively about 2016.