Not my cross to bear 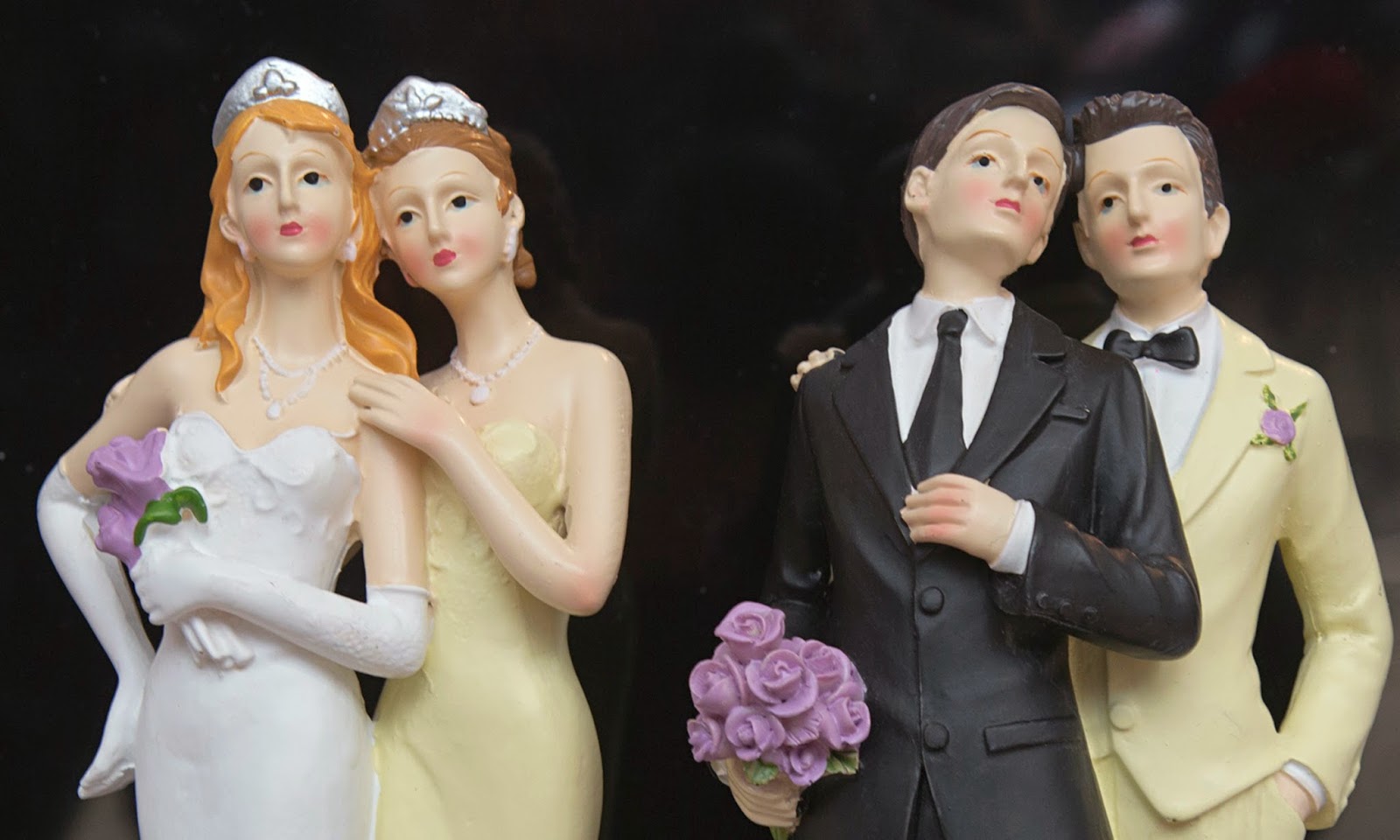 It would appear the Republicans have really boxed themselves into a corner on gay marriage.  Social conservative issues have long been the staple of GOP politics, but with over 60 per cent of Americans now supporting gay marriage, the religious conservative messages no longer resonate beyond their most devoted base.  Yet, here the GOP prospective candidates all were at a tent revival in Iowa, pledging they would take their case against gay marriage to Washington and fight for a constitutional amendment that clearly states what marriage should be.

We've been down this road before.  The Supreme Court overturned the much reviled Defense of Marriage Act in 2013, which guys like Ted Cruz and Mike Huckabee would like to see restored.   Now, they are praying that the Surpreme Court won't shoot down the hard fought religious freedom acts which have been recently enacted.

At this point, the only opposition to full marriage equality are conservative state governors and legislatures.  The fiery backlash to Indiana's narrow interpretation of "religious freedom" seems to have given some of these conservative governments pause, as the threat of losing major corporate sponsors sent them all scurrying back to their assemblies to write amendments to their "Religious Freedom Restoration Acts" eliminating any obvious signs of discrimination.

Bobby Jindal, however, will not be bullied.  He took to the New York Times to make his case for Louisiana's religious freedom law.  Corporations be damned!  Of course, this played very well at the Point of Grace Church in Waukee, Iowa, but chances it would play well across the country are very dim, and Bobby can pretty much kiss whatever presidential aspirations he has goodbye.  The best he can hope for at this point is to be a guest commentator on Fox News.

I suppose what irks Republicans the most is that this is no longer a state issue but a federal issue.  They seem to forget they made it that way by pushing for the Defense of Marriage Act (DOMA) back in 1996, when they stormed Washington with their Contract with America.  Bill Clinton felt he had no other choice but to sign it, as his veto most likely would have been overridden, but sadly he didn't put up much of a fight.  After numerous challenges, the Supreme Court finally struck it down in 2013.  It was a stupid law then and even more stupid now.  Here was the Republican Party doing exactly what it claimed to be against -- legislating morality.

A handful of potential GOP candidates would like to be done with this issue once and for all, but the Holy Rollers in the party simply won't let it go.  According to a Washington Post-ABC poll, over 60 per cent of Republicans remain staunchly opposed to gay marriage.  This leaves guys like Rand Paul, Chris Christie and Jeb Bush trying to dance around the issue, as they struggle to gain the support they need in the primaries.

The oddest thing was Ted Cruz finding himself the guest of two openly gay hoteliers, ostensibly to discuss foreign policy.  Ted said he was just trying to expand the tent a little, quick to counteract Marco Rubio's outreach to the LGBT community.  Both claim they still champion "conservative values," and in no way support gay marriage.  This put the hoteliers in a hot spot, who have since apologized for their "poor judgement."

Of course, you can always lie and say you support another DOMA during the primaries and then turn around and say I didn't mean it exactly that way in the general election.  This is what Mitt Romney tried to do.  The only problem is that you lose the base of your support and don't make much of an impression on the moderate voters you are now trying to court.

It's a sad state of affairs for the GOP.  Here we are in an ever more open society, but all the social liberalism seems to be outside their party.  Even the more reasonable candidates are forced to contend with these Holy Rollers who refuse to see society as anything other than an extension of the Old Testament.  For them the Ten Commandments should be the Bill of Rights, except for that one about guns, which they want etched in stone as well.

As Mike Huckabee would say there are two Americas, but the Bubbaville he lives in now seems to comprise less than 40 per cent of the population and is growing smaller every day.  These guys have made themselves a very big cross to carry.