Of Dicks and Men

The Trouble with Section 215 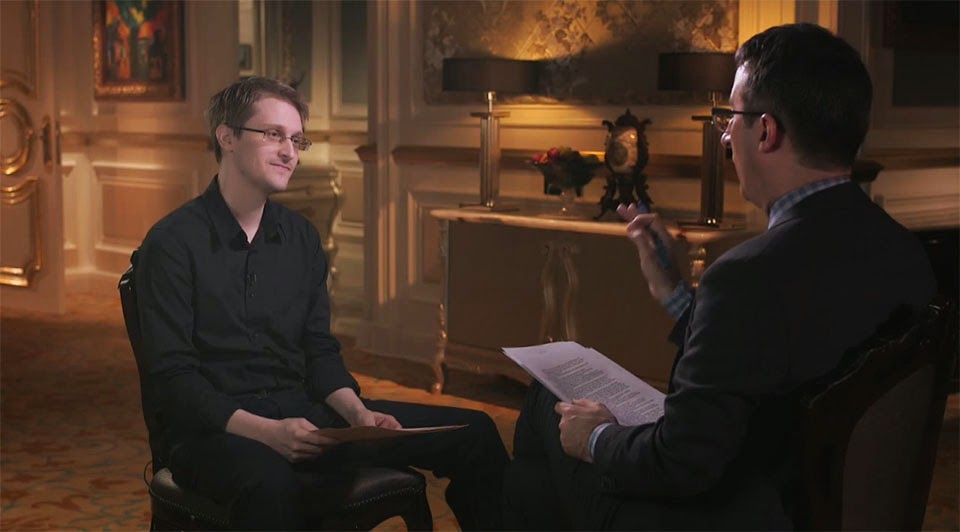 After reading the various angry responses in this article on John Oliver's "tough interview" with Edward Snowden, I decided to watch the interview myself.  It is important to see the whole show, as Oliver sets up the interview nicely with a lengthy piece on the notorious provisions in the NSA that allow the government to intercept your e-mails, and his interviews on the street indicating that very few persons actually know who Snowden is, much less what he had done two short years ago.

At about the 15-minute mark of the program, the interview starts with Oliver worried that Snowden may have stood him up.  But, Edward does pitch up and offers a very candid set of answers to Oliver's questions, even as Oliver's questions steer into "dick pics," which John amusingly uses to illustrate just how far the NSA can go through its labyrinth of electronic spying programs to invade your privacy.

Unlike many of the op-ed pieces on the interview, Snowden doesn't seem in the least put off by Oliver, and the only time he appears to "squirm" is when Oliver purportedly hands him a folder with a picture of his "junk," as if to entrust him with the document.  It was all to prove a point that even if the NSA may have the best of intentions, these pictures tend to get bandied about in the office, according to Snowden, because it seems the operatives get bored and need these diversions.

Snowden explains how the NSA is able to intercept e-mails through all providers, including Google, which shift large quantities of information from one data base to another, often going overseas in the process.  This apparently raises a red flag back at HQ, which pulls these e-mails into their vast electronic net, including any photos you might be passing along to your love ones that you didn't want anyone else to see.

Google made a big show a few years back that it wouldn't willingly hand over personal information to the government, but apparently it doesn't have the power to stop the government from intercepting these files in cyberspace, or defying court orders.  Obama has tried to ease worries by saying that the NSA is not interested in the actual content of the e-mails (and phone calls) but rather the addresses (and phone numbers) of the senders and recipients, should persons be considered suspect.  According to Snowden, his caper was largely meant to prove a point.   He thinks there aren't enough safeguards to insure this confidentiality.

It's kind of like Kate Upton, who thought her friend,Terry Richardson, would never release this "Cat Daddy" video he made of her. But, it was Snowden, not the NSA, who made these e-mails public.

Oliver did question Snowden on releasing the information he obtained to news sources, notably the New York Times, which hadn't properly redacted vital military information that could have put American troops in danger.  Oliver called this a major "fuck up," which Snowden agreed was the case, but still had confidence that newspapers like The NY Times and The Guardian would be careful with the information.  Essentially, it is out of his hands now.

So why is Snowden still considered an outlaw?  Since, the federal government wasn't able to ascertain just what information Snowden had pilfered, the federal prosecutor charged him with three felonies under a 1917 Espionage Act.  It didn't help that he first fled to China and then Russia, where US officials (and in fact most people) felt he was trying to sell this information to the highest bidder.  Apparently, this wasn't the case, according to The Guardian, which has championed Snowden since the story first broke.  Edward simply wanted Americans and the rest of the world to know just how far the NSA could infiltrate your personal information thanks to the Patriot Act, which is once again up for renewal.

The release of some of the State intra-office personal e-mails created embarrassing situations for the US State department, as it reveals some rather ugly opinions about foreign leaders.  Not only that but the NSA had tapped phone lines at the UN, pried into Angela Merkel's private calls, and even eavesdropped on UNICEF.  For a short while, the Snowden affair was a big headache for the Obama administration, but in one of those rare moments of bi-partisan support, most Republicans felt that Snowden had undermined the sanctity of our international surveillance operation and stood beside Obama in condemning the "whistleblower." 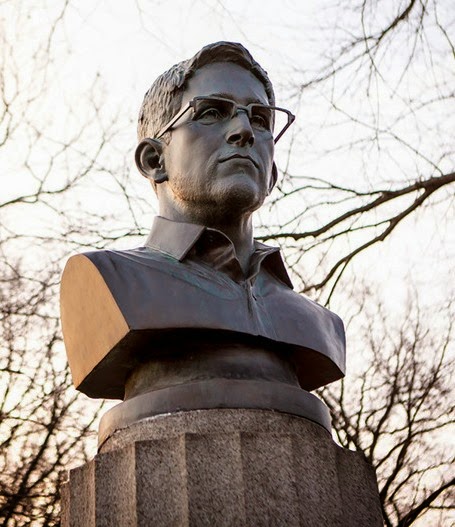 On the Left, Snowden has become a hero.   There was even a bust briefly raised for him in Brooklyn Park in New York, until city officials took it down.  He also has some friends in the conservative Libertarian camp who feel that the federal government should be banned from intruding into our personal lives like this.

Two years later, it seems that Snowden is largely forgotten and that most persons don't seem overly concerned with the Patriot Act, even with its notorious Section 215 that allows the NSA to collect virtually any information over the Internet and filter through it as it deems fit.  As John points out, it is kind of like having a "bad ass" pet falcon (security) and a cuddly hamster (privacy).  Chances are the hamster isn't going to last very long. Oliver wanted his viewers to circle June 1, as that is the date the act is up for renewal and he hopes that this year there will be more Congressional scrutiny over its provisions.  Probably not, but it was nice to hear Edward Snowden in his own words.
Posted by James Ferguson at 11:53 AM