and waking up with Boris Johnson in your bed 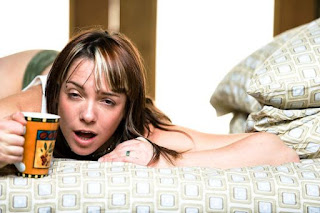 With the pound continuing to plummet against the dollar I guess many Americans are thinking they might take a trip to jolly old England this summer to show their solidarity with the mother country, as it looks like UK could use the cash. At least 120 billion pounds was wiped out Friday and it looks like it will cost the UK much more this week as the pound and stock market continue to plummet.  It has cost the world much more.  What's worse, S&P has downgraded Britain's credit rating.

No matter, it seems the conservative party is going to take its time, with no plans on the immediate horizon to exit the EU, preferring an informal path for the time being.  It seems to be waiting for Boris Johnson and Michael Gove to assemble their "dream team" to lead the Brexit government.  That's almost as scary as a Republican dream ticket of Donald Trump and Ted Cruz.  However, the EU is demanding the UK initiate proceedings immediately, anxious to get this divorce finalized as soon as possible.

There is some speculation the Tories are dragging their heels for a reason.  Cameron had vowed to invoke Article 50 if Brits voted to leave the Union but stepped down immediately following the vote, putting the onus on the future "Brexit" government to initiate proceedings.  However, it doesn't seem the Brexiters are too keen to proceed.  Could we being seeing regrets emerge?

US reaction has been mixed.  Democrats have criticized the move but vowed to work with Britain in this transition.  Republicans have gloated over Brexit as if it affirms their values.  To hell with international trade agreements, it is just part of a new world order threatening to strip away our sovereignty like a cheap red, white and blue dress.  At least, that's the way Sarah Palin sees it, and she has been joined by a cackle of conservatives all trumpeting this as a "victory" on the weekend talk show circuit.  Bob Corker is right back in the Trump camp after this vote.

The only problem is that this vote came too soon.  The transition is going to drag through the summer, assuming the Brexiters find their balls, and into the early fall revealing all its ugly warts.  By November, this Brexit might not look so good with the British government still struggling to pull together a comprehensive economic plan to deal with the fallout, and quite possibly hold their union together as Scotland is once again threatening secession.  It seems the 250 billion pounds in credit the Bank of England has initially pledged is no where near enough to deal with the losses that will be suffered in the coming months.

This is the kind of panic and instability Brits typically try to avoid but in this election year it seems all caution has been thrown to the wayside and we are seeing emotions get the better of judgement.  Donald J. Trump thrives in this atmosphere.  For him, the low pound is a good sign as more foreigners will come to his newly remodeled golf course at Turnberry.  Those who can afford it anyway.  I suppose the favorable exchange rate also cuts his payroll.  Yep, this is exactly the kind of thinking that led to our banking crisis in 2008.

George Bush claimed he never devalued the dollar intentionally, but it plummeted virtually over night thanks to his monetary policy, opening a flood gate of speculation that for awhile had our country swimming in cheap goods, low interest rates and record real estate deals, but that all came crashing down on us like a West Virginia flash flood in the Fall of 2008 and it took us the better part of 6 years to recover.

I suppose this is what happens when times are relatively good.  We think we can go it alone.  Who needs the EU or any other world trade organization?  Let's just see how much we can get out of this.  We certainly won't think of our kids much less a future generation.  It's like one of those bumper stickers, I'm spending my children's inheritance!  Is this the type of country we want to become?

If not, I suggest we not jump on the Brexit band wagon and recognize what an extremely foolhardy decision it was.  So much so, that many Brits spent the weekend googling what the EU is after voting to leave it.  Further indication that many voters simply didn't know what they were doing.