I think few speeches stand out more than Martin Luther King Jr's "I Have a Dream" speech. I can only imagine the reaction at the time, but it sends shivers down my spine just thinking about it.
Posted by James Ferguson at 3:42 PM 7 comments:

I've added a link to this site in "Other Sites." Some wonderful perusing available.
Posted by James Ferguson at 11:03 AM 4 comments:

The Wilderness Warrior has been released to largely favorable reviews but I thought it best to offer a couple of differing opinions on Brinkley's massive tome of Roosevelt's Wilderness Legacy. Paul Abrams of the Huffington Post says that in,

Reading Brinkley's well-documented tale, one slowly begins to realize that Theodore Roosevelt ("TR") is indeed an epic hero in the original sense of that term -- his world view was that our lands and forests and birds and animals must be defended from the rapacious talons of corporations and monied interests whose only concerns are profits. And, he did everything and anything he could to mount that defense, not worrying about the enemies he made in the process.

While, Clay Reynolds of the Dallas Morning News sums up the book,

Yet for all the well-researched detail Brinkley provides, reading this new biography is a slog. His prose varies from impenetrable encyclopedic listings to rambunctious, self-indulgent colloquialism, replete with interjections, vulgar epithets and excessive exclamation points.

It certainly isn't light reading, and Brinkley seems to make many of the same mistakes he admonishes a young Teddy for in his early writings. Nevertheless, Brinkley does a pretty good job of reconciling TR's hunter's instincts for the great outdoors with his inspiring preservation record.
Posted by James Ferguson at 4:08 PM 143 comments:

A Breath of Sea Air

We were fortunate to get such good weather. The beaches of Lithuania are a lot like that of the Atlantic Coast, albeit confined to a relatively narrow strip. Probably don't notice the kite in the upper right hand corner. I broke out my stunt kites after several years and my son and I managed to find all the pieces and get one of them up into the air. We watched with envy the kite surfers out on the rough sea.

Look forward to getting back into the flow of the forum. I will put up a window for a discussion on The Wilderness Warrior soon.
Posted by James Ferguson at 10:32 AM 6 comments: 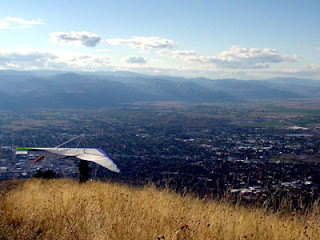 They may be two centuries old, but, written with staccato-like brevity, entries from one of Adams’s diaries resemble tweets sufficiently that they began appearing Wednesday on Twitter.
The Massachusetts Historical Society, under the Twitter tag JQAdams_MHS, is posting the entries, from a diary Adams started writing the day he left Boston for St. Petersburg to serve as minister, or ambassador, to Russia.
That day was Aug. 5, 1809, and the society chose Wednesday, precisely 200 years later, to post the daily entry from it. Thursday’s posting will be from Aug. 6, 1809, Friday’s from Aug. 7, and so on, at least until year’s end.
Posted by James Ferguson at 3:52 PM 2 comments:

Levon Helm Band, Jefferson Starship and Country Joe McDonald are among the acts that will descend on Bethel, New York, on August 15th to celebrate the 40th anniversary of the Woodstock Festival, Billboard.biz reports. Mountain, Ten Years After, Canned Heat and Big Brother and the Holding Co. will also play the Bethel Woods Center for the Arts, a venue built on the site of the original Woodstock, which ran from August 15th-17th, 1969.
Helm appeared at the 1969 fest with the Band, while Jefferson Starship took the Woodstock stage as Jefferson Airplane. With the exception of Big Brother & the Holding Co. — Janis Joplin performed at the ‘69 concert with the Kozmic Blues Band — the rest of the acts performing on August 15th all had a set at the original Woodstock festival. As Rock Daily previously reported, Richie Havens will also play a Woodstock-related event on August 14th, returning to Bethel to perform “Freedom,” the song that opened up the ‘69 festival, at a media-only event.
Posted by James Ferguson at 2:20 PM 12 comments:

Cortez the Killer, by Neil Young

He came dancing across the water
With his galleons and guns
Looking for the new world
In that palace in the sun.

On the shore lay montezuma
With his coca leaves and pearls
In his halls he often wondered
With the secrets of the worlds.

And his subjects gathered round him
Like the leaves around a tree
In their clothes of many colors
For the angry gods to see.

And the women all were beautiful
And the men stood straight and strong
They offered life in sacrifice
So that others could go on.

Hate was just a legend
And war was never known
The people worked together
And they lifted many stones.

They carried them to the flatlands
And they died along the way
But they built up with their bare hands
What we still cant do today.

And I know shes living there
And she loves me to this day
I still cant remember when
Or how I lost my way.

Couldn't resist, as naive as it sounds now.
Posted by James Ferguson at 2:21 PM 8 comments: 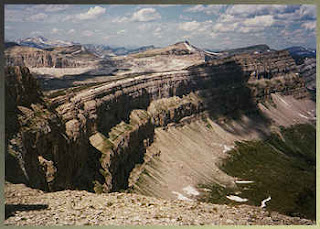 Speaking of the Bob, here's a view of the meandering Bob Marshall wilderness. Meander where you may.....
Posted by avrds at 4:42 PM 8 comments:

I found this very good essay at American Heritage on the impact of the King legacy on Obama. One of the many interesting points that Clayborne Carson makes is,

Obama’s understanding of American history parallels King’s, but the new president is less willing than King to see social conflict as an inevitable part of the struggle for justice. Lincoln rather than Jefferson serves as his dominant point of reference. 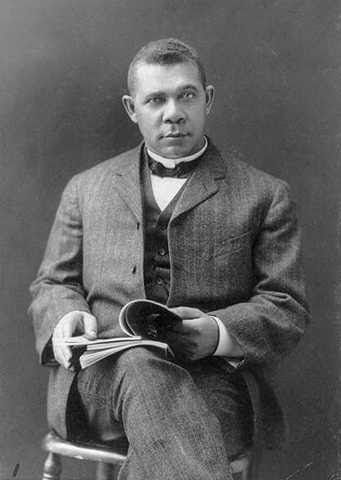 Can't seem to shake this notion of an "Uncle Tom." I came across this review of a collection of essays entitled Uncle Tom or New Negro: African Americans Reflect on Booker T. Washington and 100 Years Later at the American Heritage website. I remember enjoying Up From Slavery very much the first time I read it years ago, as I thought it was incredible the way Washington was able to build a school at Tuskegee literally from the ground up with the students making their own bricks because of the high price charged by local contractors. Quite a metaphor in that one.
Posted by James Ferguson at 11:14 AM 4 comments:

Initial Thoughts on the Wilderness Warrior

Seems Janet Maslin got the jump on everyone with her review in the New York Times. She seems to consider it a dry but ultimately rewarding read, focusing almost exclusively on TR's wilderness legacy. Some time ago, I read The River of Doubt, which chronicles one of his last journeys on a tributary of the Amazon, later to be known as Rio Teodoro. It showed to what lengths TR would go for adventure, even when he was well past the age for such adventures. But, TR was always known as an advocate of The Strenuous Life. I was eventually able to find a book on Candido Rondon, Stringing Together a Nation, who was the actual leader of the ill-fated expedition, as it seemed that TR spent most of the time lying prostrate in a canoe.

Roosevelt was a big proponent of the Antiquities Act and used it to great effect from 1906 to the end of his term in 1908. Here is a brief history on the National Park Service filled with vintage photographs.
Posted by James Ferguson at 2:15 PM 45 comments:

Negro with a Hat: The Rise and Fall of Marcus Garvey 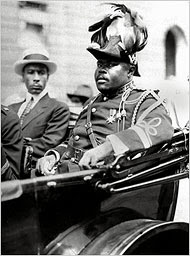 He could also be called a white man's worst fear. I enjoyed this snippet from a review of Grant's book in The New Yorker,

In 1914, on a ship between Jamaica and England, an impoverished twenty-six-year-old named Marcus Garvey had what he later called a vision of "a new world of black men." Six years later, he rode through Harlem in regal robes and a plumed bicorne, and was proclaimed the Provisional President of Africa before a crowd of twenty-five thousand in Madison Square Garden. For a short, spectacular time, before his movement collapsed under the weight of its ambitions and schemes (a mail-fraud conviction resulted in exile in London), Garvey’s call for a transnational union of black people electrified crowds around the world—alarming J. Edgar Hoover and maddening W. E. B. Du Bois, who recoiled at Garvey’s separatism and his theatrics, wondering if he was "a lunatic or a traitor." (Garvey called Du Bois a "lazy dependant mulatto.") Grant’s biography ably captures the Garvey moment, although, perhaps wisely, he leaves the many contradictions in Garvey’s character unresolved.
____________________________________

Garvey has taken on mythic proportions over the years, as much reviled as idolized for his flamboyant and fascist inclinations. Grant's book does look interesting.
Posted by James Ferguson at 12:38 PM No comments: