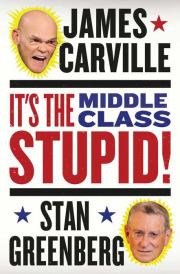 I was watching Carville plug his book on CNN a couple weeks ago.  Here is an interview from the Rachel Maddow Show, discussing It's the Middle Class, Stupid! which has arrived on the bookshelves just in time for the 2012 campaign.  For all the lip service the Republicans have given the Middle Class, I haven't seen one proposal that would actually benefit them.  Carville was also tough on Barry O.  Probably won't influence too many voters, but Carville is always fun to listen to.
Posted by James Ferguson at 3:02 PM No comments: 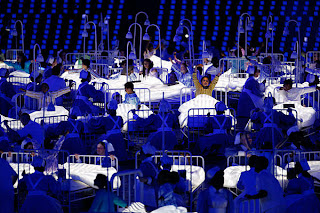 Way off topic, but ....
I'm not one to follow the Olympics but after seeing snippets of China's opening ceremonies, and wishing I'd seen the entire show, I tuned in for London. Wouldn't have missed this for anything! A celebration of National Health and children's literature (and Kenneth Branagh reciting Shakespeare). Wonder-full. I wonder if Americans were paying attention.
Posted by avrds at 4:16 PM 24 comments: 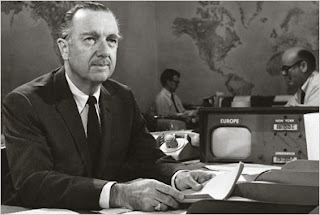 At 800+ pages, probably more Cronkite than most anyone would want to read.  In today's newscape, dear Walter seems like a long distant memory, but Brinkley does his best to rekindle interest in perhaps the news media's most beloved anchorman.
Posted by James Ferguson at 3:45 PM 3 comments: 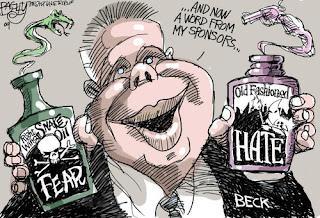 I read the first chapter of Glenn Beck's Cowards out of curiosity.  I no longer get appalled by such ramblings.  Actually, I find them quite amusing, especially when he holds up Harding and Coolidge as "true conservatives," while admonishing Hoover for trying to fight the Depression, which these swell guys wrought, with "stimulus plans."  One chapter was enough.

Another book making the facebook rounds is The Communist, which embellishes the relationship between Obama and Frank Mashall Davis,  The "brilliant" historian, Paul Kengor, suggests that young Barry, who affectionately called Davis "Frank" in his memoir, Dreams From My Father, did so in a conspiratorial sense, implying a deep-seated Communist plot here.  The Manchurian Candidate all over again. 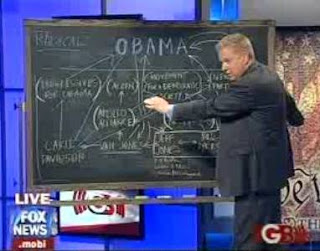 I would have thought after all the attempts to paint Obama as a radical Socialist, and Progressives as Communists, that we would see an end to these conspiratorial themes, but apparently there is a very hungry market for these books and guys like Beck and Kengor are all too eager to feed it.
Posted by James Ferguson at 12:15 PM 3 comments: 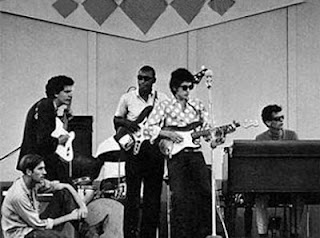 Bob Dylan loved nothing more than to shake up a crowd.  Here he is at Newport in 1965 when he went electric, much to the chagrin of his devoted fans.
Posted by James Ferguson at 12:48 PM 3 comments: 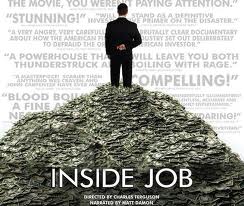 This documentary offers a penetrating look into the financial crisis of 2008, chronicling the 28 years of banking deregulation that led to it and the fallout of the crisis.  Charles Ferguson won an Oscar for his efforts.    Here's Charlie Rose interviewing Ferguson.  Avrds supplied a link on vimeo to the full documentary.  Seems to work best on Google Chrome.  It is well worth watching.
Posted by James Ferguson at 11:58 AM 4 comments: 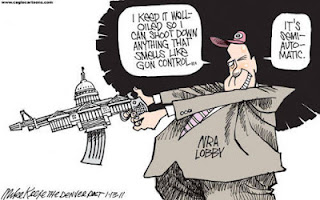 I'm reminded of the Warren Zevon song, as no doubt the NRA is arming itself for another battle royale in the wake of the Aurora Colorado shooting.  Calls for gun control have once again been issued, but Obama and Democratic governors don't seem too anxious to press the case, especially after the Supreme Court voted down municipal gun laws in the District of Columbia.  Gun posts have appeared all over my facebook page the past few days, citing the second amendment.  A popular one is "we don't need gun control, we need idiot control."  Yet each year nearly 10,000 firearm related homicides take place in the United States, ranking fourth in the world behind such violent countries as South Africa, Columbia and Thailand.
Posted by James Ferguson at 2:09 PM 58 comments:

Every inch a proud and soaring thing 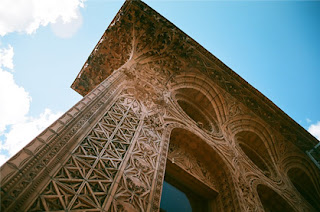 "It was the spirit animating the mass and flowing from it, and it expressed the individuality of the building."


This DVD was a pleasant find.  I'm a big fan of Louis Sullivan.  His story is a fascinating one.  He grounded his ideas in Walt Whitman's poetry, hoping to create a truly American architecture.  He was also interested in Germanic philosophers like Hegel, and established links with leading European architects of his time like Adolph Loos. In many ways, his life mirrored that of the architect in Ibsen's The Master Builder, which inspired me to turn my architectural thesis on the relationship between Sullivan and Frank Lloyd Wright into a play.


Pictured above is a corner of the Guaranty Building in Buffalo, New York.  One of his gems.  Very glad to see renewed interest in Sullivan.
Posted by James Ferguson at 1:06 PM No comments:

The Politics of Disillusionment 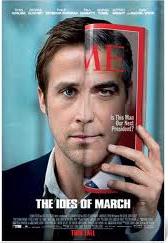 I was looking forward to a good political thriller, but found myself sadly disappointed with The Ides of March.  There were some good moments like when Philip Seymour Hoffman's character, Paul Zara, tells his young protegee how he stuck by a candidate even when he had no chance in winning, because he valued loyalty, but otherwise there aren't any memorable quotes.  Too bad, because it had a good cast and all the trappings of a good political thriller.

The film was supposedly based on the play, Farragut North, by Beau Willimon.  Whereas Willimon dealt principally with the failed campaign of Howard Dean, Clooney decided to make his fictional political candidate a cross between Bill Clinton and John Edwards, more concerned with infidelity than the broken dreams of a presidential campaign.  Neither compares to Michael Ritchie's The Candidate, to read the NYT's review of the play.
Posted by James Ferguson at 12:48 PM 11 comments: 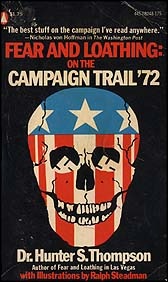 As the election rhetoric heats up, I'm reminding of Hunter S. Thompson's Fear and Loathing on the Campaign Trail '72.  How long ago that seems today.  I was only 11 at the time, but it was the first campaign I took an interest in, largely because "Scoop" Jackson was from Washington, my home state.  Thompson skewers Jackson and just about everyone else in this book.  He was particularly harsh on Hubert Humphrey for some reason.  McGovern survives unscathed, even if his campaign went down in flames. What a convention that was!  It unleashed a Pandora's Box of pent-up emotions and hostilities, leading to irrevocable breaks in the rank and file.  I read the paperback years ago, but was lucky enough to find a first edition at a reasonable price at Abebooks.
Posted by James Ferguson at 9:59 AM 1 comment: 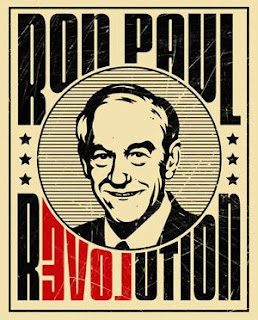 I have to say I developed a soft spot for Ron Paul during this election cycle and was sorry to see him miss out on the minimum number of delegates necessary to ensure him a speaking role at the GOP convention.  His was often been the only voice of reason on the Republican political trail.  Not that I particularly agree with him, but he knew how to put forward a strong argument.

He had been the darling of the Tea Party when it first sprouted in 2009, thanks largely to his book, The Revolution, in which he laid out his political and economic agenda.  He was the sole Libertarian  and the frontrunner for the GOP nomination until the religious fundamentalists took over the Tea Party and the campaign in general.  Of course, you knew this love affair with Paul couldn't last, but still he managed to build a loyal following and amass almost enough delegates to put him on the GOP podium, while other Republican challengers fell to the wayside.

I guess the question remains why is the GOP afraid of challengers like Paul who truly do stand behind fiscal conservatism.  You hear all this lip service to better economic management and this Grover Norquist anti-tax pledge, but when pressed to come up with an actual budget, it simply doesn't add up.  Not that Paul had the magic bullet, but it was fun to watch him shake up the GOP and put Romney, Santorum and Gingrich on the defensive.
Posted by James Ferguson at 12:52 PM 35 comments: 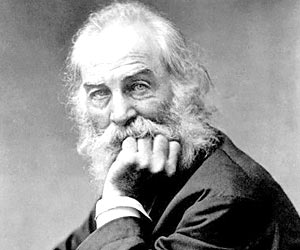 Any suggestions for the next reading group?
Posted by James Ferguson at 1:44 PM 13 comments:

Well, what do you think George? 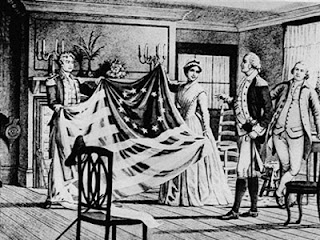 Here's a review of a 2010 book on Betsy Ross and the Making of America,

Most historians dismiss the story about Betsy Ross making the first American flag. Yet despite a century of debunking, the legend ­endures. Across the country, schoolchildren still cut out five-pointed stars using the pattern that Ross, a Philadelphia flag maker, supposedly invented. The legend endures because publishers, souvenir sellers and patriotic boosters find it useful and because it fills a void in the American epic. Nations need heroines. Betsy Ross gives women a place in the national pantheon without disrupting our dominant myths.


In other words, history made safe ; )


Happy Fourth of July everyone!
Posted by James Ferguson at 12:49 PM 1 comment: