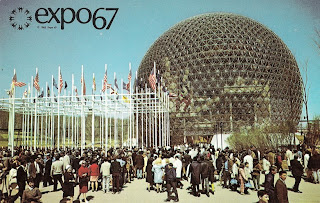 Not that I was there, but from everything I've read Expo 67 was one of the best international expos ever with some truly ground breaking exhibits.  Here are some images and video clips from the CBC archives.
Posted by James Ferguson at 10:16 AM No comments:

Some Meandering Greenery for the Weekend 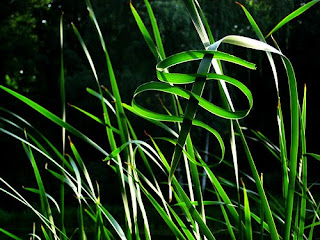 A Vote of No Confidence? Public confidence in government is at one of the lowest points in a half century, according to a survey from the Pew Research Center. Nearly 8 in 10 Americans say they don't trust the federal government and have little faith it can solve America's ills, the survey found.

The survey illustrates the ominous situation President Barack Obama and the Democratic Party face as they struggle to maintain their comfortable congressional majorities in this fall's elections. Midterm prospects are typically tough for the party in power. Add a toxic environment like this and lots of incumbent Democrats could be out of work.

The survey found that just 22 percent of those questioned say they can trust Washington almost always or most of the time and just 19 percent say they are basically content with it. Nearly half say the government negatively effects their daily lives, a sentiment that's grown over the past dozen years.
Posted by James Ferguson at 12:50 PM 10 comments:

The Dial, Volume One 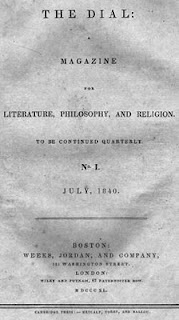 Nina Simone's classic song comes to mind when I think of these recent events,

JACKSON, Miss. – Mississippi Gov. Haley Barbour drew criticism for proclaiming April as Confederate Heritage Month without mentioning slavery, the second governor this month to come under fire for the omission.

Rep. Robert Johnson, D-Natchez, who is black, said Monday that people need to learn about the "abhorrent, violent, depraved actions of slavery."

Barbour, also a Republican who helped campaign for McDonnell last year, said Sunday on CNN that slavery was bad but a fuss over McDonnell's original proclamation "doesn't amount to diddly."

Pardon my language, but what the fuck are these two governors trying to say?
Posted by James Ferguson at 9:02 AM 14 comments: 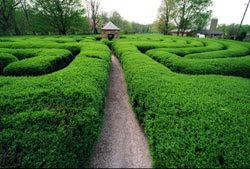 Although short lived, New Harmony had a significant impact on Utopian communities in the early 19th century.  The first Harmonists, led by Father Rapp, were a lot like the Shakers, but for whatever reasons gave up their idyllic venture after a few short years.  Robert Owen bought the small town and planned to build a much bigger Utopian community, but it dissolved pretty quickly.  Today you can visit the old Rappite community and its modern Atheneum, designed by Richard Meier, that preserves the history of the place.  It has become a popular retreat in recent years with a great campground and very nice accommodations and restaurants.
Posted by James Ferguson at 2:09 PM 2 comments: 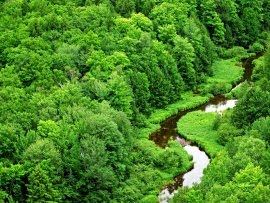 After a four year court battle a State Supreme court ruling and a board of education decision has retired The Fighting Sioux nickname from the Univ. of North Dakota.This was basically a cave in to the almighty NCAA who were refusing North Dakota any mass sporting events unless they changed the name.The Spirit Lake Sioux were pretty much in favor of the nickname but the Standing Rock Sioux have resisted calls to change the bylaws and allow a vote on it from their group creating a catch 22.I for one am sad to see it go as the name was used in honor.The Flickertails is one of the new names mentioned.Now that the NCAA has won this battle in American History I expect they'll go after Notre Dame next(insert rolling eyes emoticon here)
Posted by JAbel at 7:09 AM 16 comments: 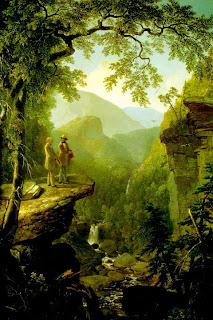 Our age is retrospective. It builds the sepulchres of the fathers. It writes biographies, histories, and criticism. The foregoing generations beheld God and nature face to face; we, through their eyes . Why should not we also enjoy an original relation to the universe?  Why should not we have a poetry and philosophy of insight and not of tradition, and a religion by revelation to us, and not the history of theirs? Embosomed for a season in nature, whose floods of life stream around and through us, and invite us by the powers they supply, to action proportioned to nature, why should we grope among the dry bones of the past, or put the living generation into masquerade out of its faded wardrobe? The sun shines to-day also. There is more wool and flax in the fields. There are new lands, new men, new thoughts. Let us demand our own works and laws and worship.
Posted by James Ferguson at 4:28 PM 3 comments:

Emerson among the Eccentrics 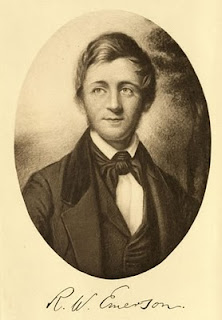 Welcome to a discussion on Emerson among the Eccentrics by Carlos Baker.  I found this portrait of our young transcendentalist.  I also found what looks like another good site on all things Emerson.
Posted by James Ferguson at 12:58 PM 88 comments: