The Extraordinary Times and Adventures of Roger Williams 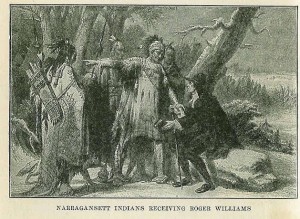 This month's reading group will discuss Roger Williams and the creation of the American Soul.  Unfortunately, the review by Gordon Wood for the New York Review of Books is for subscribers only.  But, here is the review by Joyce Chaplin, which I linked earlier from the NY Times.  As Chaplin notes in her review, Barry spends a lot of time setting the stage for Williams fateful voyage to America, providing the reader with an engrossing description of late 16th and early 17th century England, giving much needed background to this incredible story.  Here is James Carville introducing John Barry at Octavia Books in New Orleans for BookTV. 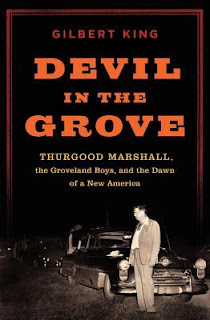 I noted that yesterday was the day Marshall's appointed to the Supreme Court in 1967 was confirmed.  Here is a new book which delves into his early legal career,

The grandson of a mixed-race slave named Thorny Good Marshall, the man remembered as Mr. Civil Rights, made his mark on the annals of history with his victory in the landmark Supreme Courtcase Brown v. Board of Education of Topeka in 1954. But in fact, Thurgood Marshall’s struggle against inequality began much earlier, not in the burnished marble chamber of the highest court in the land, but instead in “stifling antebellum courthouses where white supremacy ruled.”

It was there, author Gilbert King writes, that the young attorney’s resolve was hardened and his powers of persuasion tested, not by nuanced arguments of constitutional precedent, but by the willful malice of entrenched racism.
King’s new book, Devil in the Grove: Thurgood Marshall, the Groveland Boys, and the Dawn of a New America, centers around one of the most explosive and physically dangerous trials Marshall ever tried. The NAACP Legal Defense Fund had taken on what in 1950’s Florida was an unwinnable capital case: the alleged rape of a white woman by a black man. Norma Padgett was a young bride – just 17 and dressed in her Sunday best as if she were going to a high school dance – when she rose from the witness box and slowly, purposefully, condemned three innocent young black men to death with the point of her index finger.
Posted by James Ferguson at 8:11 AM 2 comments: 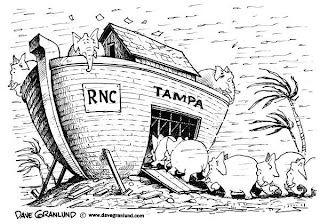 A lot of thunder, but not the right kind this year at the GOP convention.  First Charlie Crist steals a little bit of thunder by announcing his endorsement of Obama after being thrown under the bus in 2010 by his party.  Then Isaac rains on the parade.  Yesterday, Ron Paul made a surprise appearance, if for no other reason than to remind Republicans there is still an alternative.  It looked like Chris Christie needed a little assistance to the podium to deliver his keynote speech.  But, ultimately Mitt Romney got what he wanted.  I'm not so sure about the GOP.
Posted by James Ferguson at 9:08 AM 25 comments:

Oh, the hypocrisy of it all 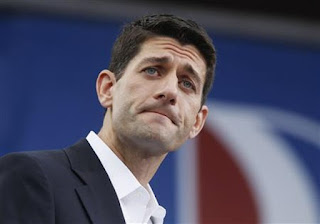 After repeated denials, Paul Ryan has admitted he requested stimulus cash even after sharply criticizing the program.


As recently as Wednesday in Ohio, Mitt Romney's running mate told ABC's Cincinnati affiliate, WCPO, he did not.
"I never asked for stimulus," Ryan said. "I don't recall… so I really can't comment on it. I opposed the stimulus because it doesn't work, it didn't work."
Posted by James Ferguson at 6:49 PM 28 comments: 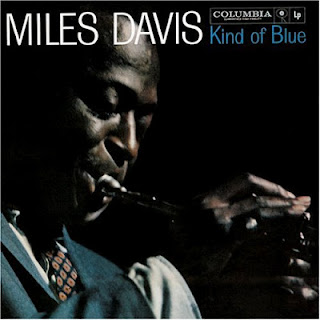 I'm reminded that today we celebrate the release of Kind of Blue.   Probably more than any other album, this quintessential modern album made jazz cool, and it is played as much today as it was when it first came out in 1959.  You just can't beat the laid back Blues of Miles, Coltrane and Cannonball Adderley, along with the amazing rhythm section of Bill Evans, Jimmy Cobb and Paul Chambers.  Ashley Kahn wrote a book a few years back on the making of Kind of Blue.  He also wrote a book on John Coltrane's classic album, A Love Supreme.
Posted by James Ferguson at 8:36 AM 7 comments: 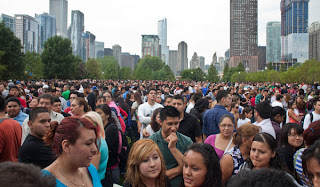 Long lines of illegal immigrants hoping for the opportunity to stay in the United States without fear of being deported stretched for blocks in cities around the country on Wednesday as they sought to apply for a new federal initiative. Thousands waited at Navy Pier in Chicago.

What's in a Poll?


I was struck by the wild swing in numbers in the recent Real Clear Politics Presidential tracking poll. The most recent Rasmussen poll has Romney up by four points, while the last poll conducted by Fox (just one week ago) has Obama up by nine points.  A 13-point swing.  Purple Strategies has Romney leading in Ohio, while most other polls still have Obama ahead in Ohio and key battleground states, which Purple Strategies claims it targets.

I think you have to look at the persons behind the polls to get a better understanding of the wild fluctuations. Purple Strategies was recently co-created by Alex Castellanos, a leading Republican strategist who worked for Bush's '04 and Romney's '08 campaigns.  Hardly a bipartisan survey taken here, but one designed, it seems, to skew the results of the popular RCP index, which takes an average of leading polls.

Rasmussen Reports is also relatively new (2003) and was created by Scott Rasmussen, who along with his father, William, created ESPN.  Both are long-time Republican supporters, so not surprisingly Rasmussen generally favors Republican candidates.

No poll is without bias, especially given the relative limited number of persons it surveys.  The Gallup Poll has a long history, and its founder George Gallup was determined to keep the poll above partisan political influence, but in 1988 the Gallup family sold the firm to Selection Research Incorporated (SRI), based out of Omaha, Nebraska, which appears to keep a low profile.
Posted by James Ferguson at 2:25 PM 5 comments: 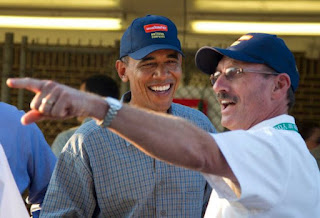 The Iowa State Fair is proving fertile ground for electioneering this year with both Obama and Ryan in the Hawkeye state drumming up support.  Obama seems to have gotten the better reception, while Ryan had to face down hecklers.  Seems Barry has gotten into full campaign mode, while Good ol' Joe seems to have gotten Romney's goat once again.  Hard to figure out Romney's thin skin.  You think he would be up for the challenge after those feisty Republican primaries, but here he is whining like a child over Biden's comments.  I have to say I liked Obama's comment about Romney driving a car with a windmill on it.
Posted by James Ferguson at 3:32 PM 3 comments: 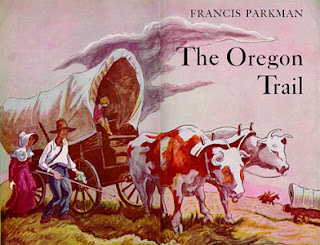 According to J. Peterman, today we celebrate the Oregon Trail and creamsicles.  One of my favorite history books is The Oregon Trail by Francis Parkman.  I like the 1946 edition with illustrations by Thomas Hart Benton. Here's a copy of a 1925 edition with illustrations by Wyeth and Remington.  Unfortunately, it has been sold on ebay.  Seems like the "Remington" edition dates back to 1892.  Or, you can get the Library of America edition, which also includes The Conspiracy of Pontiac.
Posted by James Ferguson at 12:48 PM 4 comments: 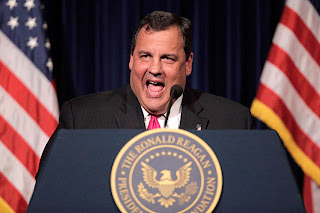 New Jersey Gov. Chris Christie has been selected to deliver the keynote address at the Republican National Convention later this month in Tampa.
Christie told USA TODAY in an interview posted on the newspaper's website early Tuesday morning that his speech will focus more on making the case for electing Mitt Romney (really?) than on bashing President Obama (yea, right!).
The tough-talking first-term governor said he's been "grinding away" on the speech in the past few days (more like gnashing his teeth) since Romney contacted him about the highly coveted convention role.
Posted by James Ferguson at 11:05 AM 10 comments: 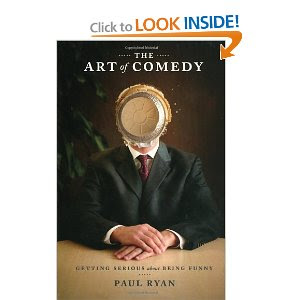 Who knew Romney's VP pick was so versatile? On a more serious note, I can't wait to see how he handles some of this: 1. On September 18, 2008, Ryan attended a closed meeting with congressional leaders, then-Treasury Secretary Henry Paulson and Federal Reserve Chairman Ben Bernanke on the ongoing banking crisis. That same day Ryan sold shares in various troubled banks and invested in Goldman Sachs. 2. In 2008, Ryan voted for the Troubled Asset Relief Program, the Wall Street bailout that precipitated the Tea Party movement, and the bailout of GM and Chrysler.
Posted by Rick Diguette at 8:30 PM 25 comments: 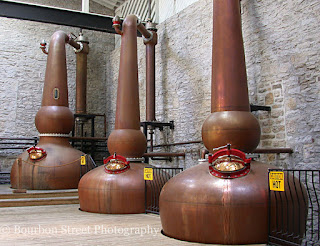 I traveled through Kentucky bourbon country once, and the smell from the distilleries was overpowering.  Not much of a selection over here, but occasionally I find myself sipping on a dram of Maker's Mark or Bulleit bourbon.  Unlike Scotch, bourbon is never blended, but there are select barrels sniffed out by great noses like Booker Noe that can compete with any Scottish single malt in aroma and flavor.

Bourbon country seems to have expanded over the years, judging by this label distilled in Oregon.  Japan's Kirin Brewing Company distributes Four Roses bourbon worldwide, but hasn't distilled any bourbon yet, like it does Nikka single malt.  Very good whiskey by the way.  Heaven Hills distilleries even has brands for the 2012 political campaign.

Unfortunately, no one has sat and written as imaginative and colorful book on bourbon like that which Andrew Jefford did in Peat Smoke and Spirit.  But, there are some interesting titles available, notably The Social History of Bourbon.  Feel free to share any bourbon anecdotes you might have.

Photo courtesy of Bourbon Street Photography.
Posted by James Ferguson at 11:01 AM 2 comments:


There is some historical justice after all, 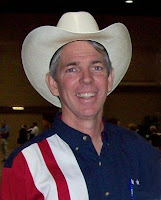 Citing a loss of confidence in the book's details, Christian publisher Thomas Nelson is ending the publication and distribution of the bestseller, The Jefferson Lies: Exposing the Myths You've Always Believed About Thomas Jefferson.

The controversial book was written by Texas evangelical David Barton, who NPR's Barbara Bradley Hagerty profiled on All Things Considered Wednesday. The publishing company says it's ceasing publication because it found that "basic truths just were not there."

Too bad Thomas Nelson didn't proof check the book to begin with.
Posted by James Ferguson at 9:37 AM 6 comments:

A provocative and dynamic force in American culture since the early twentieth century, movies have presented several generations of American writers with a new, fascinating, and challenging subject. How writers rose to the challenge, and in the process created an extraordinary body of work—passionate, contentious, restlessly curious—makes for a dazzling and constantly entertaining volume. "I have focused," writes editor Phillip Lopate, "on film criticism as an art in itself—the magnet for strong, elegant, eloquent, enjoyable writing."

When you include writings by Baldwin, Sontag, and Ellison, it adds dramatically to the range.
Posted by James Ferguson at 3:06 PM No comments: 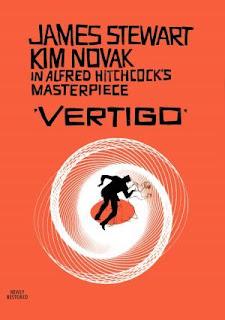 Move over Citizen Kane, there is a new best film ever, Vertigo, as selected by the British Film Institute.  Certainly one of my favorite films.  I wonder if Kim Novak's recent comments on The Artist drew more attention to Hitch's classic film.
Posted by James Ferguson at 7:34 PM 2 comments: 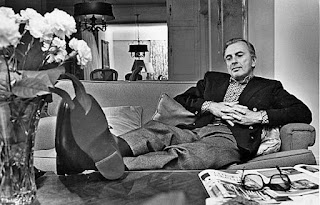 "Apparently, a democracy is a place where numerous elections are held at great cost without issues and with interchangeable candidates."

Sad to see Gore Vidal go.  He gave so much of himself over the years, and was one of the few Americans to stand up to the War on Terror in its early stages.  His great intellect and wit will be sorely missed.
Posted by James Ferguson at 4:20 PM 7 comments: 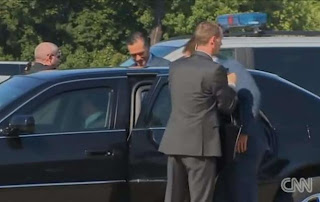 I love stories like this.  One of Romney's aides got a little testy yesterday when reporters wouldn't stop asking Mitt to answer a few questions.  As reported by Jordan Zakarin, "after the candidate made a visit to the Tomb of the Unknown Soldier in Pilsudski Square in Warsaw, reporters shouted questions at Romney, and accused him of not being open to the press during the trip. In response, his aide Rick Gorka said, "Kiss my ass, this is a holy site for the Polish people. Show some respect.'”

If I didn't know this actually happened, I would have bet money this was the work of the good folks at The Onion.