Excellent article by Walter Russell Mead in this month's issue of Foreign Affairs.  You have to log on to read the article, but it is free.  Here's an excerpt I found interesting,

The historian Jill Lepore's book The Whites of Their Eyes makes the point that many Tea Party activists have a crude understanding of the politics of the American Revolution. Yet however unsophisticated the Tea Party's reading of the past may be, the movement's appeal to Colonial history makes sense. From Colonial times, resentment of the well-bred, the well-connected, and the well-paid has merged with suspicion about the motives and methods of government insiders to produce populist rebellions against the established political order. This form of American populism is often called "Jacksonianism" after Andrew Jackson, the president who tapped this populist energy in the 1830s to remake the United States' party system and introduce mass electoral politics into the country for good.

Fits well with Maier's description of many of the remote rural colonists who were opposed to the Constitution.

.........
The Gadsden flag is one of the many colonial images the Tea Party has co-opted without any real understanding of the flag's origins.
Posted by James Ferguson at 12:18 PM 2 comments: 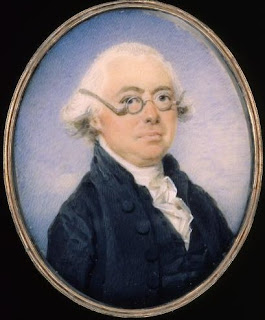 It's great when you can call up primary sources like the Debates in Pennsylvania on the Constitution on the Internet, although probably not complete.  Maier mentioned recently published texts that present the debates, news stories and other items pertaining to the ratification process from several of the original states.   Here's more on the convention. 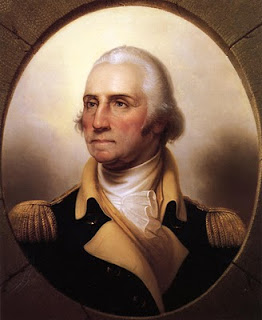 It used to be exclusively his day, but now he has to share it with all the other presidents, no matter how large or small minded.  Here is an interesting side note on how his name has become the "blackest name" in America.
Posted by James Ferguson at 9:30 AM 8 comments: 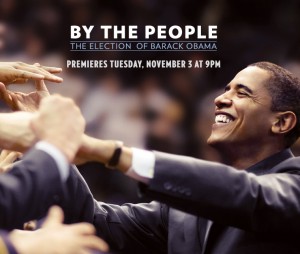 I found myself watching By The People: The Election of Barack Obama to remind myself why I voted for him.  Lately, I have to wonder what the hell is going on in his administration as they appear to be playing games rather than dealing directly with issues, such as this latest little play over and F-35 engine.  Meanwhile, Obama has put a lot of domestic cuts in his proposed budget while essentially leaving the defense budget in tact, leaving me to guess who he represents at this point in his administration.
Posted by James Ferguson at 4:01 PM 6 comments:

The People Debate the Constitution 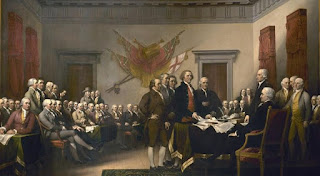 As Pauline Maier describes in Ratification, there was no easy road in getting the Constitution ratified.  After 10 years of living together as a loosely knit confederation, a few forward thinking men decided that the Articles of Confederation no longer worked and it was time to forge a Constitution.  Washington would not go until he could be assured something would come of the convention and that there would be an august body of gentlemen to carry the changes through.  But, ultimately Maier describes it was the people who would determine the fate of the new Constitution.

This is a reading group for Ratification: The People Debate the Constitution 1787-1788.  The book has been well received by fellow historians like Jack Rakove, among others.  Maier has drawn from a wealth of research piecing together a story that tells the arduous battle in getting the Constitution ratified.  A battle no less significant than that Americans fought for independence.
Posted by James Ferguson at 7:33 AM 165 comments: 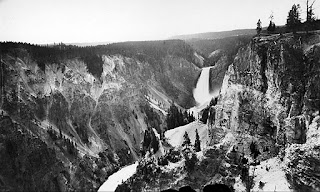 I've been reading Hayden reports lately, and thought I'd share a different view of the Yellowstone River.
Posted by avrds at 5:46 PM 11 comments: 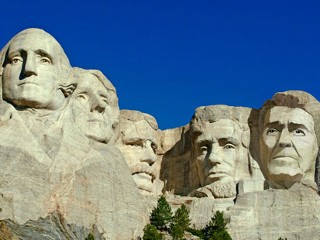 I suppose you can't blame the Conservatives for pitching this idea again.  They tried once before in 1999.  He did get a mountain named after him in New Hampshire.

This year's celebration of St. Ronnie's birthday seems to be more robust than ever as the Gipper would have been a 100 had he not been stricken down by Alzheimer's.  Seems the beatification taking place has overlooked virtually all his shortcomings, of which there were many.  Not least of all his continued support of the mujahideen in Afghanistan, including hosting a representation at the White House in 1985.  It was also interesting reading all the problems he faced at his first midterm, while trying to explain his huge budget shortfall at his 1983 State of the Union address.  But, as we have seen in Douglas Brinkley's edited Reagan Diaries, many historians on the left are also paying deference to the president who more aptly should have been called the Artful Dodger.

Perhaps the most interesting tribute is that of young Ron Reagan, although he is not so young anymore.  Ron has penned a memoir of sorts, telling of his relationship with his father, which Michiko Kakutani thought deeply felt.  Meanwhile, his elder half-brother Michael ripped into him for suggesting Reagan was already suffering from Alzheimer's before he left office.  Interesting how the "family" seemed to cleave in half politically as well as biologically, with the children Reagan fathered through Jane Wyman becoming deeply conservative, while Ron and his sister Pat were decidedly more liberal in their views.
Posted by James Ferguson at 5:02 PM 14 comments: 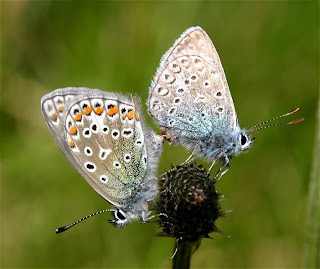 Couldn't resist this story about the vindication of Nabokov's theory on the evolution of the Polymmatus blues:

He was the curator of lepidoptera at the Museum of Comparative Zoology at Harvard University, and he collected the insects across the United States. He published detailed descriptions of hundreds of species. And in a speculative moment in 1945, he came up with a sweeping hypothesis for the evolution of the butterflies he studied, a group known as the Polyommatus blues. He envisioned them coming to the New World from Asia over millions of years in a series of waves.

Few professional lepidopterists took these ideas seriously during Nabokov’s lifetime. But in the years since his death in 1977, his scientific reputation has grown. And over the past 10 years, a team of scientists has been applying gene-sequencing technology to his hypothesis about how Polyommatus blues evolved. Last week in The Proceedings of the Royal Society of London, they reported that Nabokov was absolutely right.

From an article by Carl Zimmer in the NYTimes.
Posted by James Ferguson at 7:45 PM No comments:

Recording the Blues and so much more ... 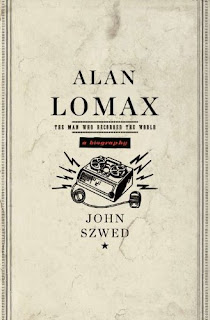 Alan Lomax had astounding energy and enthusiasm. He was both an exhaustive and exhausting force in American music for almost 70 years. When he died in 2002, he left behind at least the following, which Mr. Szwed has dauntlessly tackled as source material: 5,000 hours of sound recordings; 400,000 feet of film; 2,450 videotapes; 2,000 books and journals; numerous prints, documents and databases; and more than 120 linear feet of paperwork. It’s not hard to see why detractors called Lomax “The People’s Republic of Me.”

From the review by Janet Maslin on John Szwed's new biography of Alan Lomax  in the NYTmes.

That's quite a legacy!
Posted by James Ferguson at 7:13 PM No comments: