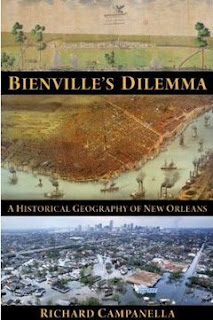 "The idea of a dilemma," Campanella said, "has helped me come to terms with our challenges here, mostly in issues of land loss and natural hazard risks, if you think of them as dilemmas first and problems second. First and foremost, there are the choices we have to make based on value judgments, and once the difficult choice is made you have a problem that can be solved by good science and engineering. But your first choice may render an unforeseen consequence. I find all this intellectually stimulating as well as morally challenging."

Campanella is such a riveting writer that he can make anything fascinating -- the composition of soil; the battle for control of water; patterns of settlement in the city; the history of Creolism, which he calls "our home-grown ethnicity"; the ways in which we have "scored and scoured" the land, with canals and levees, structures that were originally designed for our safety but have become sources of hazard; the way we have made groceries since the very beginning; the pride of being a New Orleans native; the developments of wards and faubourgs.
Posted by James Ferguson at 12:08 PM 2 comments: 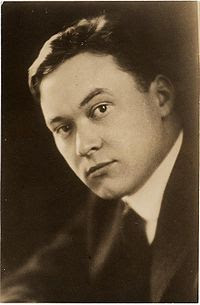 Walter Lippmann summed up the value of Public Opinion long ago.  This book was published in 1921.  Not surprisingly he recalls Plato's Allegory of a Cave, long a favorite of conservative pundits, as if they see the "real truth," and Democrats like interpreting the shadows on the wall.  I haven't read this book, but it does look interesting.  Lippmann is one of those figures who seemed to straddle the political divide.  He seemed to support government taking a more active role in society and supported Roosevelt's New Deal, but over time developed a position of "moderate detachment."
Posted by James Ferguson at 9:59 AM 5 comments:

You really have to marvel at the lengths the hypocritical right wing will go to in making its voice heard.  This latest political stunt by Glenn Beck, although he calls it a "non-partisan rally," is perhaps his boldest move yet.  It was bad enough seeing him crib titles from Thomas Paine, but here he is now trying to claim the mantle, or in this case monument, of Abraham Lincoln.  A man whose principles he knows absolutely nothing about.  Not only that, he consciously picks the date of MLK's transcendent I Have a Dream speech to stage this Beckapalooza and inviting Grizzly Mom herself, Sarah Palin, to give the keynote speech.

Quite frankly, I find it repulsive, but sadly this is what I've come to expect from these self-serving political pundits who parade themselves as the voice of the people.  I'm curious what "honor" he is "restoring," as I thought the Obama administration was all about restoring honor after 8 years of dragging the US Flag and Constitution through the mud in the form of two uncalled for wars, the complete disregard for international protocol and law, and the total disrespect for human rights.  But, I guess "honor" has become a relative term.
Posted by James Ferguson at 9:42 AM 66 comments:

There are several books out now, and a couple of documentary films, about New Orleans; I will be reading Dave Eggers' Zeitoun soon; it might be a good way into this history and a nice follow up to Skloot because it's about a single family and what happened to them.
Posted by Carol at 7:11 AM 8 comments: 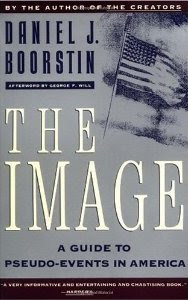 Daniel Boorstin in The Image: A Guide to Pseudo-Events in America, first published in 1961,

claimed that America was living in an "age of contrivance," in which illusions and fabrications had become a dominant force in society. Public life, he said, was filled with "pseudo-events" -- staged and scripted events that were a kind of counterfeit version of actual happenings. Just as there were now counterfeit events, so, he said, there were also counterfeit people - celebrities - whose identities were being staged and scripted, to create illusions that often had no relationship to any underlying reality. Even the tourism industry, which had once offered adventure seekers a passport to reality, now insulated travelers from the places they were visiting, and, instead, provided "artificial products," in which "picturesque natives fashion(ed) papier-mâché images of themselves," for tourists who expected to see scenes out of the movies.

Posted by James Ferguson at 9:44 AM 5 comments:

The Architecture of Diplomacy 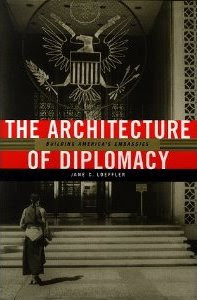 This was from 10 years ago, but I found The Architecture of Diplomacy to be a fascinating study of American embassies over the years:

Jane C. Loeffler, a scholar in architectural history and American civilization, extensively researched the history and politics of U.S. embassy design and building, focusing on the years following World War II. These high-profile, often controversial structures - projections abroad of American art, culture, and political philosophy - have formed the settings for the conduct of U.S. diplomacy in the latter half of the twentieth century. In this generously illustrated account of the State Department and the Congress, of architects and changing times, Dr. Loeffler dissects the interplay of domestic politics, international affairs, and an array of functional and symbolic requirements. Her book adds greatly to our understanding of both architecture and diplomacy.
Posted by James Ferguson at 2:33 PM No comments: 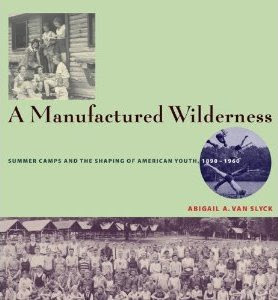 A little late in the summer, but this relatively new book caught my eye,

First introduced to the North American landscape in the 1880s, camps were part of a back-to-nature trend that had been developing on both sides of the Atlantic since the middle of the 19th century. In this respect, they are like urban parks, residential suburbs, resort hotels, and national parks, all institutions aimed at providing respite from what were regarded as the moral and physical degradations of urban life, evils to which women and children were understood to be particularly prone.
Posted by James Ferguson at 12:27 PM 15 comments: 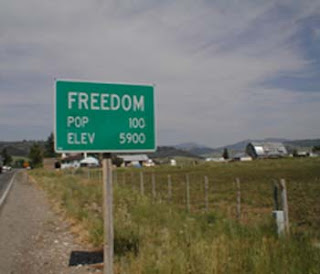 Not to dampen the discussion of The Immortal Life of Henrietta Lacks, but we can entertain ideas for a new topic.  I think we can open our discussion beyond books, to documentaries, news stories and movies that take in the American Experience.  I see PBS makes quite a few of its programs available for viewing at its site.  The HBO series, Treme, is also great fodder for discussion with the first season available soon on DVD, or we can explore its historic roots in Fauborg Treme.  I can create a sidebar with links to posts for ongoing discussions if anyone would like to follow a particular subject over time without having to search through the posts to find the subject.

Also, please feel free to create your own posts on subjects that interest you.  Everyone has the ability to create posts.  If not, please forward me an e-mail address and I will invite you to be a contributor.
Posted by James Ferguson at 12:31 PM 11 comments:

The Way of All Flesh 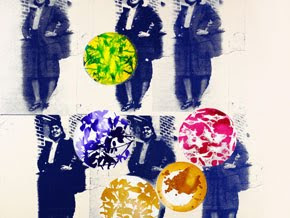 I was looking for Michael Rogers' Rolling Stone article on Henrietta Lacks and came across this 1997 documentary by Adam Curtis.  Great footage and interviews with many of the persons in Skloot's book.  It is about 55 mins. in length.
Posted by James Ferguson at 10:05 AM 9 comments: 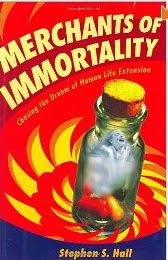 This book appears to offer a pretty good appraisal of the biotech industry, and was well received when it came out.  The focus appears to be stem cell research, noting the WI-38 cells what were taken from dead fetuses to create a new polio vaccine in the 60s.  The WI-38 human diploid cell line appears to have an even broader human virus spectra than HeLa cells.
Posted by James Ferguson at 12:41 PM No comments:

A Conspiracy of Cells 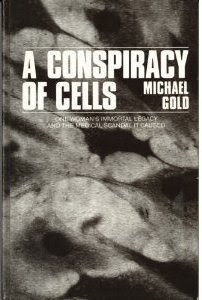 Not exactly new territory, as it turns out.  Here's another book (courtesy of Google) written in 1986 that deals with Henrietta Lacks and her immortal cells.
Posted by James Ferguson at 5:14 PM 4 comments: 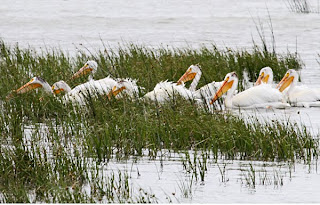 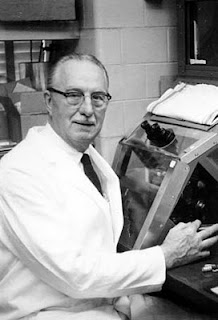 Interesting to find this cleverly titled essay by Hannah Landecker, published in 1996, which raises the many ethical concerns surrounding the death of Henrietta Lacks and the unbridled development of HeLa cells.  She was writing in response to a 1971 essay praising the work of George Gey, shown here.
Posted by James Ferguson at 12:05 PM 10 comments:

The Immortal Life of Henrietta Lacks 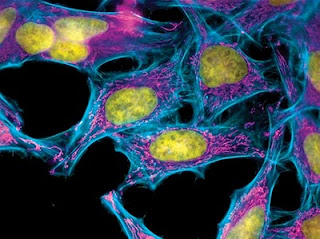 Henrietta Lacks may have died 60 years ago, but her cells live on.  The book has been a runaway success this summer, as Rebecca Skloot has become a celebrity in the wake of her first book.  Of course, when you have a story as compelling as this one it is hard to go wrong.  But, it seems Skloot's heart remains in the right place, as of the proceeds from this book are going to the Henrietta Lacks Foundation.  Let the discussion begin!

You can review comments made on an earlier board.
Posted by James Ferguson at 8:57 AM 103 comments: