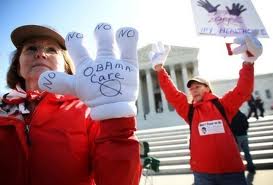 Harry Truman first proposed a National Health Care Program on November 19, 1945, and thanks to a surprising vote from Judge John Roberts the Patient Protection and Affordable Care Act has been upheld in the Supreme Court.  This is a great victory!
Posted by James Ferguson at 6:03 PM 27 comments:

My Mother the Car 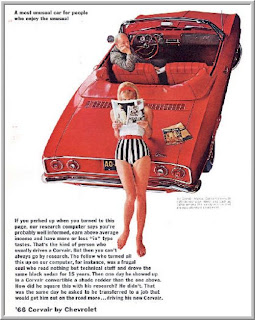 The car has long held a special place in the American imagination. This looks like a fun book, Engines of Change, in which,

Mr. Ingrassia, the deputy editor in chief of Reuters, is a former Detroit bureau chief for The Wall Street Journal (and the brother of Lawrence Ingrassia, the business editor of The New York Times). In this book he draws upon his expertise covering the car business to give us a highly informed but breezy narrative history of the vehicles that have shaped and reflected American culture.
Along the way he also gives us some sharp snapshots of the engineers, businessmen and ad people who helped design and promote these automobiles, men like Harley Earl, who led General Motors’ design department for three decades, “from the Jazz Age to the Space Age,” and John DeLorean, the fast-living engineer and executive behind Pontiac’s GTO, “the meanest street-legal car in America,” and behind his own company’s DMC-12, the stainless-steel roadster with gull-wing doors better known as the magic time machine in “Back to the Future.
In the mid-60s the Corvair pictured above underwent a major make over, with new "sexy" lines, I suppose to compete with the Corvette and Mustang.

Fear and Loathing in the White House 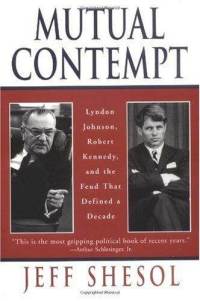 This is one of the books that Caro refers to in describing the mutual contempt between Johnson and Robert Kennedy.  There is another one entitled Bad Blood, but it doesn't get as good reviews.
Posted by James Ferguson at 2:17 PM 4 comments:

The Passage of Power 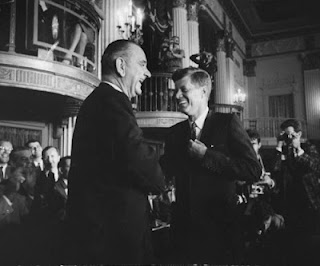 The Passage of Power is Caro's fourth book in his cycle on Lyndon Johnson.  As David Greenberg notes in his review for the Washington Post,

Caro strives for the epic. He will make a book, or chapter, or anecdote as long as it has to be to achieve his desired effect — elongating even a single sentence, if necessary, and then stitching it together with a passel of colons, semicolons and dashes, as if scooped by the handful from his handyman’s belt.

He is indeed aiming for the monumental, as this book takes in 6 tumultuous years of Johnson's ascension to President, but first having to endure the ignominy of the Vice-Presidency he found himself thrust into, and a lesser role than he imagined for himself in the Kennedy administration.  He considered himself a "cut dog."  Caro finds the humor and pathos of this difficult time in Johnson's rise to power, making for highly enjoyable reading.  He provides an added layer of depth to what already is a well-researched subject, particularly in the machinations that led to Johnson's nomination for Vice-President.

We welcome all readers to this month's reading group of The Passage of Power.

The Transit of Venus 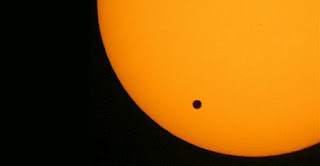 Pynchon started his epic early American tale with Mason and Dixon viewing the Transit of Venus in South Africa.  The 6-hour passage of Venus across the surface of the sun was used to help calculate longitude in 1761.  There were simultaneous observations in Russia and across Europe, but apparently none in the Americas.  M&D were in America from 1763-68.  The next Transit of Venus was in 1769 when Jean-Baptiste Chappe d'Auteroche set himself up in Mexico to record the event, but died of fever shortly thereafter.  Captain Cook observed the event from the island of Tahiti in 1769, while on his first voyage of discovery.
Posted by James Ferguson at 9:02 AM 2 comments: