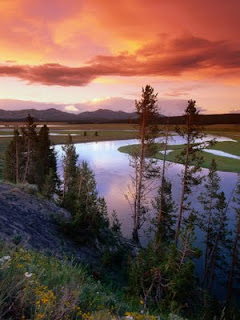 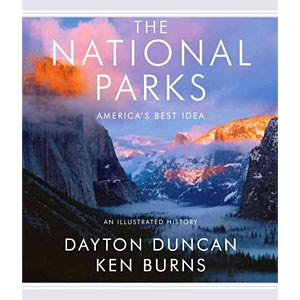 I just ordered the Big Burn book (I always resist the EVENT that changed history titles, but this looks good even though that fire has been written about many times before).

Also ordered the Burns/Duncan book on the national parks. What I learned from my experiences in Albuquerque is that they really are not all that interested in history but good story telling. Hopefully they'll have some good stories to tell.
Posted by avrds at 6:33 PM 18 comments:

Keeping up with Clinton

“The Clinton Tapes” will stand as an important work about American political life because of two dominant themes that emerge gradually — one about the man himself and the other about the nature of the current era. Clinton was a president who believed that government could help people live happier, more satisfying lives, and that America could help solve intractable issues like the Middle East crisis. He immersed himself in these issues, worked hard at them. His grasp of details — and his insights into the motivations of others — is breathtaking. As president, he proved a rare combination of fervent politician and devoted policy wonk. Some of my favorite passages in this book describe Clinton’s assessment of other politicians, from Bob Dole to Benjamin Netanyahu.
________________________________

from the book review. I guess the book is for those who wish they were a fly on the Oval Office wall during the Clinton administration, but interestingly Taylor Branch didn't have access to the tapes while writing the book.
Posted by James Ferguson at 2:29 PM 10 comments: 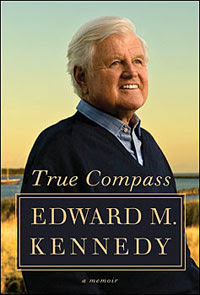 I've started reading Sen. Kennedy's memoir. Early on, he writes "Another powerful ethic that Dad taught us was to respect the privacy of others and to ignore whatever disrespect of privacy might come our way." During a birthday party for Ted, one of the kid guests, wandered to another room and made a phone call about how bored he was at the party. Ted was passing by the room and overheard this. His father caught him and took him aside. Ted's quote of his father:

Old Meander Off in a New Direction 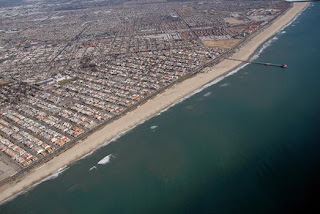 Jane Smiley weighs in on this new book by Max Blumenthal, which takes a penetrating look at the Religious Right in this country,

Republican Gomorrah is a frightening book because it is clear to all of us on the outside that the various Republican operatives who surround James Dobson and his ilk have no consciences and will stop at nothing. They invoke the name of God for purposes that shame God absolutely--hurting, destroying, maiming, and damning others who either don't accept their beliefs or don't acknowledge their power and righteousness. Of course that is frightening.

The story I tell is about two rich guys: Roosevelt and Gifford Pinchot, who came from one of the wealthiest families in the United States—his grandfather was a logger who clear-cut half of Pennsylvania, and one of my theories is that he became a forester out of guilt. His family founded the Yale School of Forestry. In the conservation movement there were several stands of thought coming together—John Muir, and some naturalists on the East Coast—somewhat incrementally. But Roosevelt realized early on in his presidency that he had the power to do it, to create public lands. By executive order he could do it. So it’s two things: one is, he had the passion all along, and then he realized he could do it by executive order and fight with Congress later.

Seems like it would dovetail nicely with The Wilderness Warrior for those who would want to pursue this theme.
Posted by James Ferguson at 10:22 AM 11 comments:

Interesting to see that today is the anniversary of Devil's Tower as a national monument. Seems like it is mostly an attraction for rock climbers, judging from the NPS site. I have this stamp in my collection.
Posted by James Ferguson at 9:42 AM 2 comments:

The Essence of America in 1,095 Pages 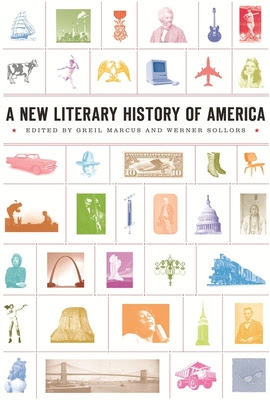 With entries on the porn star Linda Lovelace, the indie film “Wild Style” and Hurricane Katrina, it is clear that “A New Literary History of America” is not your typical Harvard University Press anthology. Although it has many features of an academic compendium — page numbers that reach into four digits and scores of scholarly contributors — this new collection of essays, being released on Wednesday, roams far beyond any standard definition of literature. Aside from compositions that contain the written word, its subjects include war memorials, jazz, museums, comic strips, film, radio, musicals, skyscrapers, cybernetics and photography.
Posted by James Ferguson at 11:43 AM 4 comments: 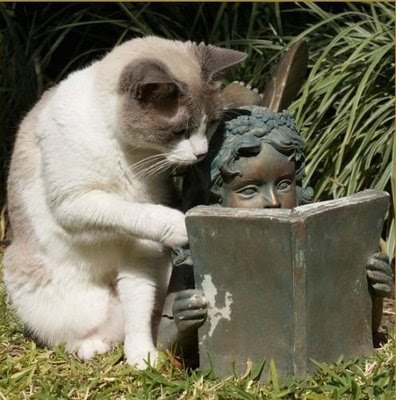 Any thoughts on a new book to read?
Posted by James Ferguson at 10:18 AM 17 comments:

A symbol of Russian history at risk in California 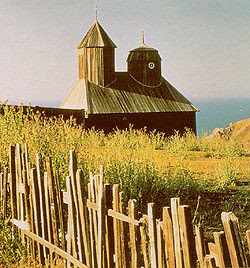 FORT ROSS, Calif. – Nearly two centuries ago, Russian colonists selected a patch of sloping grassland along California's rugged North Coast for a new settlement. It was from this spot about 80 miles north of San Francisco that they hoped to harvest Redwoods, grow crops and hunt seals for the lucrative fur trade.

Today, Russian Americans throughout Northern California honor their past by visiting Fort Ross Historic State Park. Hundreds drive up a winding coastal highway to picnic at the park on holidays, and priests still hold occasional services inside the fort's reconstructed Russian Orthodox church.

I visited the reconstructed fort years ago and was blown away by the setting. Really a shame to hear this site in danger of being closed down, not just because of its value to Russian Americans.
Posted by James Ferguson at 11:25 AM 12 comments: 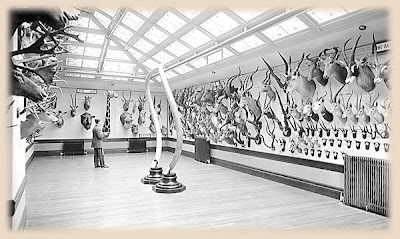 From the Boone and Crockett Club:

"By the end of Roosevelt's presidency, things were indeed looking bleak for many of the native big-game animals. Bison were reduced to a few hundred head, and whitetails and other big game were largely eliminated from the states east of the Mississippi. Many folks believed there could be no other final result of civilization's push west than the extinction of all big game. Even several prominent Club members such as William T. Hornaday and Madison Grant agreed with this dismal forecast. During the years of 1906-1922, Hornaday worked industriously to establish the National Collection of Heads and Horns at the Bronx Zoo in New York City."
Posted by avrds at 8:16 PM 9 comments: 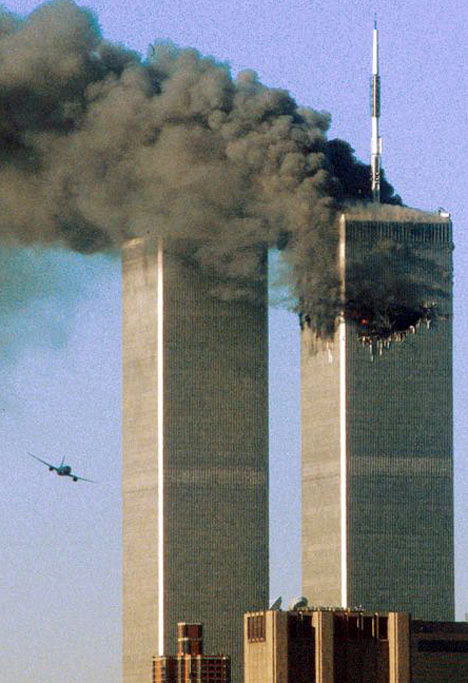 Eight years on and it seems that New York has rebounded quite well, even if Ground Zero still remains pretty much a crater. Seems Silverstein and the city and state of New York remain at loggerheads over how to pay for the redevelopment scheme. As an architect, I followed this redevelopment project closely. A very good special was done for PBS (Frontline I believe) on the battle between Libeskind, who won the competition, and Silverstein, who refused to pay him for his efforts, and worse brought in another architect to redesign the Freedom tower because he didn't feel Libeskind amply qualified to pull it off. Libeskind managed to fight for and retain the height of the building "1776" feet, because it greatly appealled to Bloomberg and Pataki at the time. Silverstein and the new architect, David Childs, wanted to make the tower over 2000 feet! In talking with Libeskind, he said that fortunately he was able to retain much of his vision for the ground plane itself, even if other architects were involved in the actual structures. I visited the site in 2008 with my family while on vacation in New York.

I'm not quite sure what the legacy of 911 will be. Similar battles continue to take place over the memorial that was chosen for the site. It is still temporarily housed in a building next to the work site. I suppose we won't have that needed sense of reconciliation until this project is completed, as Americans seem to need physical markers to recall the past, even something stamped so strongly on the collective conscience as 911.
Posted by James Ferguson at 10:48 AM 9 comments:

On this day I thought it would be appropriate to honor those for whom this day was initially celebrated, the American labor unions. Grover Cleveland may have reluctantly signed the bill commemorating the day into law, but it marked a decisive turning point in the relationship between industry and labor in this country.
Posted by James Ferguson at 4:08 PM 7 comments: 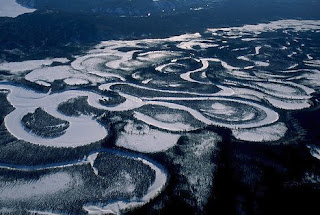 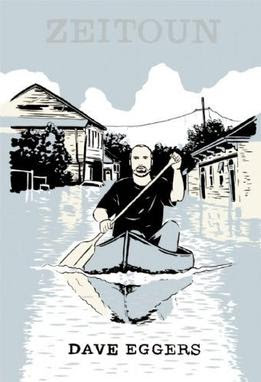 In “Zeitoun,” what Dave Eggers has found in the Katrina mud is the full-fleshed story of a single family, and in telling that story he hits larger targets with more punch than those who have already attacked the thematic and historic giants of this disaster. It’s the stuff of great narrative nonfiction.

Eggers, the boy wonder of good intentions, has given us 21st-­century Dickensian storytelling — which is to say, a character­-driven potboiler with a point. But here’s the real trick: He does it without any writerly triple-lutzes or winks of post­modern irony. There are no rants against President Bush, no cheap shots at the authorities who let this city drown. He does it the old-fashioned way: with show-not-tell prose, in the most restrained of voices.
____________________________

The review makes me think of Lanterns on the Levee.
Posted by James Ferguson at 10:10 AM 7 comments:

I see Brinkley has a piece in the American Heritage magazine on how TR spent his idle time in Tampa before heading onward to Cuba,


ON JUNE 3, 1898, 39 days into the Spanish-American War, Theodore Roosevelt and his Rough Riders arrived in Florida by train, assigned to the U.S. transport Yucatan. But the departure date from Tampa Bay for Cuba kept changing. Just a month earlier, the 39-year-old Teddy had quit his job as assistant secretary of the Navy, taken command of the 1,250-man 1st Volunteer Cavalry Regiment along with Leonard Wood, and began a mobilization to dislodge the Spanish from Cuba.


Roosevelt worried that if the ship didn’t leave soon, his men’s livers weren’t going to withstand all the booze they were consuming. The first day was incredibly humid, with a hot, glassy atmosphere and scant wind. Anxious for war, Teddy was unperturbed by the omnipresent swarms of chiggers and sandflies. To kill time he studied Florida’s botany, learning to distinguish lignum-vitae (holywood) trees from blue beech and ironwood at a glance.
Posted by James Ferguson at 9:25 AM 12 comments: