Speaking of Paradise, a watery meander 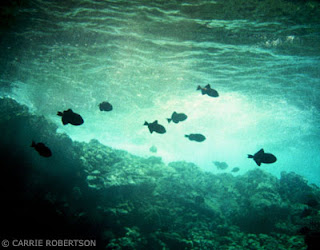 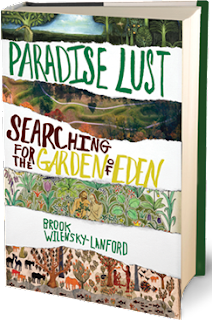 A book that explores Columbus' theory of the earth being pear-shaped, like the Virgin Mary's breast, and many other theories concerning the location of the Garden of Eden ; )
Posted by James Ferguson at 11:31 AM 1 comment: 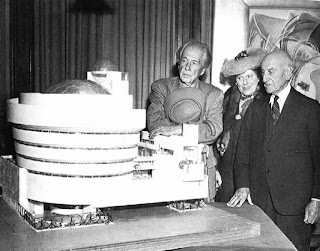 The Guggenheim is one of my favorite modern buildings.  This was one of the shining moments for Frank Lloyd Wright, as his exploration in circles was not one of his best periods in architecture.  When the museum explored the possibility of an addition, the city quickly moved to give the building landmark status, so that whatever was done to it could not impact the original design in any detrimental way, so Gwathmey Siegel essentially treated the addition as a stage house, giving the museum a very theatrical quality.  Here's a wonderful book, published a couple years ago, that illustrates the creative process behind the building of the museum.
Posted by James Ferguson at 11:45 AM 3 comments: 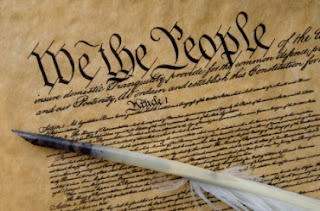 We've all seen how the Tea Party has busily been reinterpreting the Constitution to suit its interests, often treating it as commandments handed down from the Mount.  Not to mention all the quotes they have been attributing to the Founding Fathers, which you won't find in Bartlett's Quotations.I saw this zinger, "It is impossible to rightly govern a nation without God and the Bible,"  attributed to George Washington.  It seems most within this movement have never read the Constitution nor have the first inkling of its origins, much less the religious dispositions of our Founding Fathers.

I got into some arguments with old chums on Facebook over the supposed "divine right" of the Constitution, noting that only once is "Lord" mentioned in the Constitution and that to signify the year of our Lord, not in any direct reference to the Bible, which they firmly believe the Constitution is derived from.

When I tell them that they would be more comfortable with the Articles of Confederation, like their friend Patrick Henry, they scoff, mostly because they don't even know what these articles were.  The kicker today was someone quoting the preface to the Declaration of Independence, blithely unaware that when Jefferson referred to Nature's God he was referring to God in the pantheistic sense, not the Biblical sense, completely unaware that Jefferson, like most of his fellow Founding Fathers, was a Deist.

So, I posted this great website on Facebook that enumerates many of the Things That Are Not in the U.S. Constitution.
Posted by James Ferguson at 11:00 AM No comments: 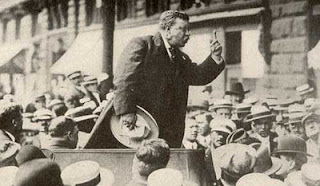 Here's a short piece on the assassination attempt of Theodore Roosevelt, prompting Teddy to quip, "It takes more than that to kill a Bull Moose," in the speech he still insisted on giving.
Posted by James Ferguson at 2:10 PM No comments: 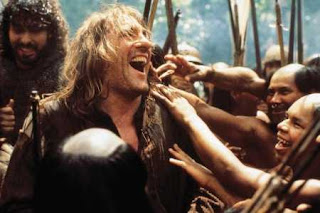 Although Columbus pretty much kept a straight line, following the 30th Meridian, he had no real idea where he was at, even after four voyages.  So, it seems only fitting that we meander with Columbus as he skirted the coastline of the Caribbean in search of a passage to the Orient, believing at one point that he had found the sacred nipple of the Virgin Mary, as he could think of no other reason to account for the fresh waters streaming from the Orinoco.  It was really amusing reading Boorstin's The Discoverers.

Why the Rich Get Richer 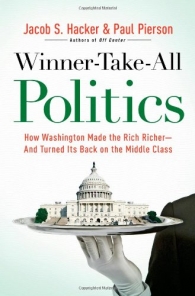 Hacker and Pierson refreshingly break free from the conceit that skyrocketing inequality is a natural consequence of market forces and argue instead that it is the result of public policies that have concentrated and amplified the effects of the economic transformation and directed its gains exclusively toward the wealthy. Since the late 1970s, a number of important policy changes have tilted the economic playing field toward the rich. Congress has cut tax rates on high incomes repeatedly and has relaxed the tax treatment of capital gains and other investment income, resulting in windfall profits for the wealthiest Americans.

From Foreign Affairs
Posted by James Ferguson at 8:57 AM 10 comments: 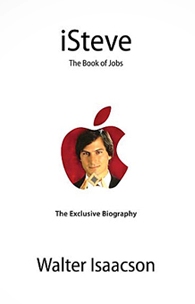 Ever since 2003, one had the feeling Steve Jobs' days were numbered, and the recent announcement that he had stepped down as Chairman of Apple carried a very ominous ring to it.  His long battle with pancreatic cancer is over.

Walter Isaacson is the latest biographer to tackle the story of Steve Jobs.  The book is due out late next month.  It was tentatively titled iSteve, but it seems the publishers wanted to give Jobs full respect.

Listening to the CNN memorial this morning, I heard "genius" and "visionary" tossed around a lot, but it struck me that Steve was first and foremost a good businessman.  He knew the value of good packaging, good advertising and cultivating a strong and committed market for his product.  What started out as an everyman's personal computer became a highly successful niche industry, as Apple computers became prized possessions.  The long waiting lines in front of his Apple stores for the latest igadget are testimony to his great marketing skills.  The store fronts became symbolic in themselves. 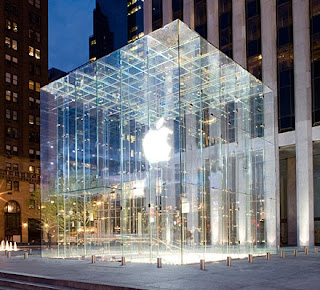 But, one certainly can't deny the tremendous impact this man had on the personal computer industry, portable music and the fully loaded telephone.  He was also instrumental in developing Pixar into the multi-billion dollar animated feature company it became, even if he was ready to jettison the project when the best it could initially produce were a few commercials and  award-winning short features.

He will be missed.
Posted by James Ferguson at 8:53 AM 8 comments: 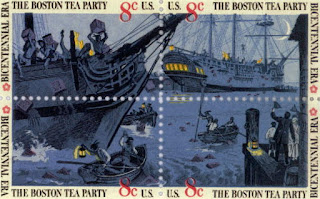 Speaking of "Rogue Republics," that must have been the way the fledgling United States with its Articles of Confederation was seen by Great Britain.  After a long war and much hemming and hawing between the states it was finally decided that these Articles needed to be revised.  Of course, the state legislatures which appointed the delegates were stunned to see a whole new Constitution presented for ratification, which resulted in some fierce political lines being drawn that remain to this day.

We read Pauline Maier's impressive account of the Ratification, but perhaps even more interesting is how the country held together between 1777 and 1789, the pride many of these states took in their charters and the constitutions they had drawn up, which they didn't want infringed upon in anyway.  Bernard Bailyn and Gordon Wood have written extensively on the subject.  I'm a big fan of Bailyn's The Ideological Origins of the American Revolution.  He gives the events the intimacy they deserve.

I think herein, we also find the roots of such firebrand "parties" as the Tea Party.  Their brand of "nativism" has many precedents, but since they love to cite American history, maybe they should familiarize themselves with the Articles of Confederation, which is much closer to their ideological bent than is the Constitution they claim to uphold.
Posted by James Ferguson at 10:21 AM No comments: 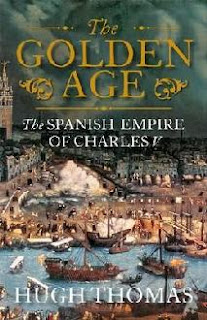 Seems that The Golden Age is a continuation of Rivers of Gold, charting the Spanish influence in the Americas from 1520 to 1558, during the reign of Charles V, taking in Pizarro's Conquest of Peru.  Hugh Thomas seems to have a very well developed understanding of Spanish history in the Americas, having written quite a number of books on the subject.
Posted by James Ferguson at 9:49 AM No comments:

For Her True Love of Liberty 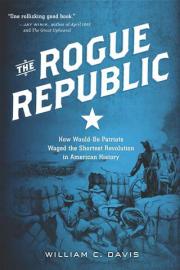 Seems every state wants independence these days.  I found this interesting book, The Rogue Republic, on the Internet the other day.  West Florida shared a similar short-lived independence like Texas before joining the Union.  Always got a kick out of the fact that when acquiring the Louisiana Purchase, the Jefferson administration thought West Florida was part of the deal, only to find out it was still in Spanish hands.  Nothing a little "rebellion" couldn't cure.  This was their "marching song,"


West Floriday, that lovely nation,
Free from king and tyranny,
Thru’ the world shall be respected,
For her true love of Liberty.