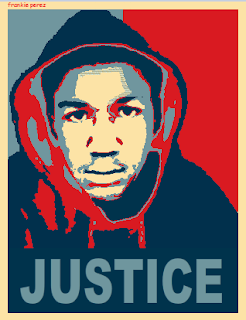 Although George Zimmerman didn't invoke the notorious Stand Your Ground law, it seems it came tangentially into play in a Florida courtroom.  The lawyers for Zimmerman were content with the standard self-defense plea, which they used successfully to gain his acquittal, despite the judge allowing the jury to consider a lesser charge of manslaughter.  The defendant was being tried for second-degree murder.

The case does call into question the degree to which Stand Your Ground laws are being interpreted and the seemingly loose nature of self-defense these days.  Where before the threat had to occur on your property, now it seems it is enough to feel threatened anywhere.  Florida has spawned similar laws in more than 20 states, which allows a person to shoot another as long as he "reasonably" thinks he is in danger, which is pretty much what Zimmerman's defense argued.

The Tampa Bay Times identified over 200 cases in Florida alone where the Stand Your Ground law was invoked, with some very appalling results.  Not surprisingly, blacks are more likely to be victims than whites. Yet, it seems what caused the NRA and other conservative groups to rally around the Zimmerman case was protection of this gun law rather than the racially-charged aspects of the law.  The NRA has been very active in promoting this law throughout the country.

Zimmerman's defense team similarly relied on conservative pundits like Sean Hannity and conservative groups to elicit contributions to cover defense costs.  Yet, Zimmerman's lawyers are threatening law suits of their own if the Martin family seeks a civil suit against their client.  The GZ Defense Fund has even filed for the return of Zimmerman's handgun now that he is a marked man.

President Obama and others have called for calm in the wake of the acquittal, but one can only imagine the anguish Trayvon Martin's family must be feeling.  Yet, this is just one of many sad stories since the Stand Your Ground law was enacted in 2005.
Posted by James Ferguson at 4:02 PM