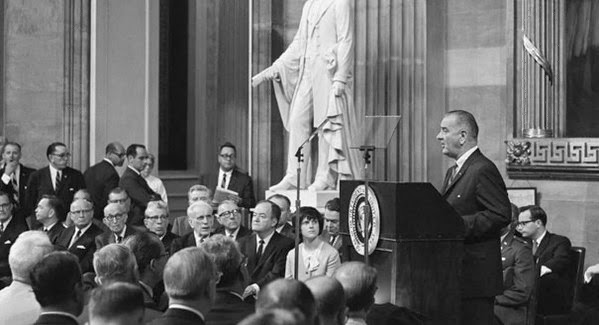 What bemuses me about this recovery is all the hedging going on in the media.  We see unemployment numbers consistently drop from one month to the next, but each time critics say more persons are dropping off the record books, and that not enough jobs are being created to cover those lost during the recession.

This is probably true to some degree, but if there is any sector that is lagging in the recovery it is the public sector, especially at the state and local level where conservative governors and mayors made draconian cuts in payroll.  Paul Krugman has long said that if government simply hired back all the employees it cut, this would boost employment considerably.  These austerity measures are a big reason the economy has taken so long to recover.

Unfortunately, it seems the GOP simply won't budge.  It has been a major battle in the Senate to extend unemployment benefits.  The Democrats seemed on the verge of a compromise solution, but the Republicans have stonewalled it once gain.  You really have to wonder what is gained by this.  Do you want more persons falling through the cracks, permanently unemployed and essentially left destitute?

Yet, the Republicans claim to be revisiting the "war on poverty," with their Young Turks thrust front and center in the new debate.  Mike Lee proclaimed "economic freedom zones" offering lower taxes, supposedly designed to encourage industry in depressed areas.  Yep, the same old ideas wrapped in a brand new rhetoric, kind of like "freedom fries" for the masses. 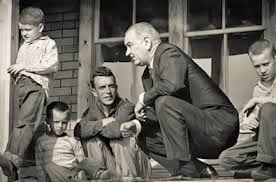 All this empty rhetoric would have given LBJ heartburn.  The War on Poverty was his signature issue.  To read Robert Caro's books, Johnson truly wanted to eradicate poverty in America, having grown up dirt poor himself.  But, unlike his conservative Southern brethren, Johnson recognized that people needed a hand up and the only institution that could effectively do this was government.

It seems what the Republicans would like to create is a world not much unlike Panem in The Hunger Games, where worker districts are subordinated to a central Corporate authority.  The scary part is that they might eventually succeed given the way the Democrats have caved in time and again on jobs and spending bills in an effort to meet Republicans "half way."  By contrast, the Republicans haven't budged an inch.

The Democrats have to commit themselves anew to the War on Poverty and make this the signature issue in the midterm elections.  Call it "class warfare" if you like, but that's exactly what he Republicans have been engaged in ever since they launched their "Contract with America" in 1994.
Posted by James Ferguson at 6:07 PM