Who do you admire most? 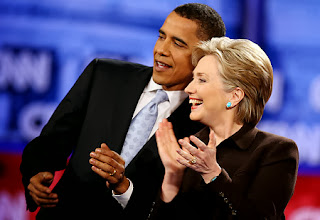 Apparently Gallup has been asking this open-ended question for at least 57 years, judging by the number of times the Rev. Billy Graham has made the Top Ten, but what surprises me is that Richard Nixon has made the Top Ten 21 times.  Obama won the poll for the sixth straight time with a considerable lead over his nearest competitors, George W. Bush and Pope Francis.

The question is only given to Americans, which helps explain why so few foreign persons make the list, but Malala Yousafzai broke the Top Ten, thanks to her numerous appearances on American television.  Not sure whether this poll is gender based or if Gallup simply divides men from women, but Hillary has been the top woman for a record 12 years in a row.

It indicates to me an incredible lack of imagination on the part of Americans, who consistently go for the President, and even ex-Presidents five years out of office.  You hardly hear George W. Bush's name mentioned these days, but still enough persons think highly of him to keep him at the top of the list.

Being an open-ended question, you are going to get a wide variety of answers, so I suppose if you were able to look further down the list you would find more interesting selections than Clint Eastwood and Mitt Romney.

Who do you admire most?
Posted by James Ferguson at 8:44 AM