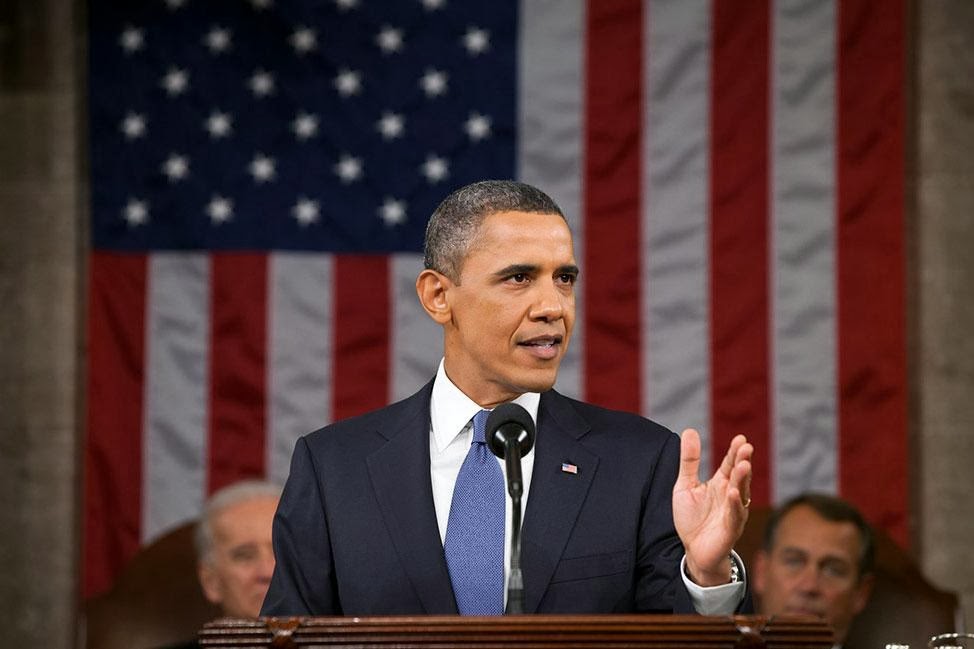 It's almost impossible to read the Republican responses to Obama's State of the Union address.  It is as if they weren't even in the same chamber when the speech took place.  But, it is not surprising that the GOP should pick a woman to deliver its formal rebuttal given all the flack they have been getting recently.  Unfortunately, Cathy McMorris Rodgers just repeated the same old tropes.

As Barack Obama said it is time the Republicans accept the Affordable Care Act and suggest means of improving it.  The Act is now firmly in place and is providing many of the benefits it was intended to do.  A good first step by Republican governors would be to approve Medicaid expansion in their states so that more people can have access to affordable health care.

However, the big take-away as far as conservatives are concerned appears to be Obama stating he would use the full power of his executive authority to move forward on policies that the Republicans continue to block in Congress.  This seems to have outraged the GOP, who are now calling him an "imperial president."  Where were they when George Bush proclaimed himself a "war president," using his greatly enhanced executive authority to push forward his conservative agenda?

On another note, Rand Paul seems to think the economy hasn't been growing these past four years, despite all the positive economic indicators.  Once again, he uses the opportunity to extol even more tax cuts and less government spending, being a self-proclaimed Libertarian.

It gets incredibly tiresome, which is why I have to hand it to President Obama for keeping his cool and addressing Congress in civil terms, even though it has fought him every step of this way.  This includes members of his own party who blocked his attempt to close Gitmo and now attempt to put riders on the Affordable Care Act.

Unfortunately, there is no way to really move forward until these intractable elements are removed.  Mitch McConnell would be a good place to start.  The Democrats should make every effort to get Alison Lundgren Grimes elected in Kentucky, especially since this is one state where the Affordable Care Act is working, thanks to the strong support of Governor Steve Beshear.

But, Obama's speech addressed many issues including minimum wage, gender discrimination in the work place, and rebooting American industry.  He pointed to numerous positive examples where his administration has taken the lead, and those where his wife Michelle and Jill Biden have taken the lead.  It was a strong speech, laden with compelling anecdotes, which showed he is in touch with the American mainstream.  Sadly, the Republican party is not.

We can only hope he makes this a "Year of Action."
Posted by James Ferguson at 2:19 PM