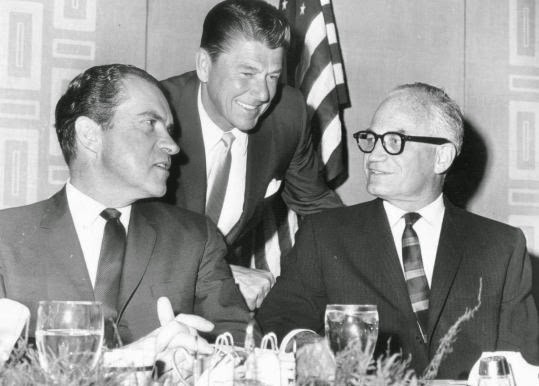 Rick Perlstein has apparently angered conservative historians enough that they're suing him for plagiarism.  The iconoclastic historian has opted for a new technique in endnotes, publishing them on the Internet in order to safe space in the book.  The endnotes would have direct links to the sources, making it easier to double check Perlstein.  But, this apparently doesn't satisfy Craig Shirley, who has accused Perlstein of lifting chunks of his 2004 book on Reagan's first major bid for the President without giving the author proper attribution.

Perlstein has made a name for himself by going after major conservative political figures like Barry Goldwater and Richard Nixon.  In his latest book, he charts  "The Invisible Bridge" between Nixon and Reagan, which apparently is none too flattering to the latter.  I don't think very many persons care about the former, except maybe Pat Buchanan.  All though, Nixon hasn't had this much attention paid him since Watergate.

Perlstein's style has also come under fire, as he is less a biographer than a cultural historian.  I greatly enjoyed Nixonland, which as the title suggests focused as much or more on the political climate surrounding Nixon as the man himself.  Frank Rich offers a review in the spirit of the book, noting that the title comes from some cynical advise Nikita Khrushchev gave Nixon,

That seems to sum up the conservative movement rather well.
Posted by James Ferguson at 4:55 PM