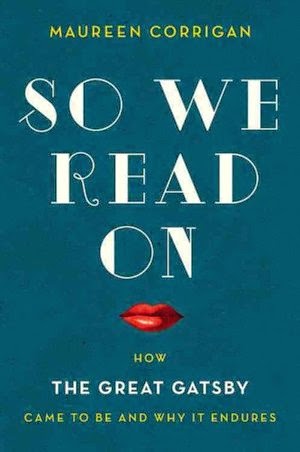 It seems the novel would have died the same death as its namesake had it not been for its inclusion in the Armed Services Editions in 1945.  Maureen Corrigan notes in her new book on The Great Gatsby that the novel had floundered for decades, unable to sell, due it seems to its lack of strong female characters.  Even Fitzgerald lamented that this was the case in a market driven by women readers at the time.  Not even a film version in 1926 could boost sales.

So We Read On appears to be an engaging new look at the novel.  Corrigan herself said she was nonplussed by the novel upon first reading, but after 50 readings has come to regard it as America's greatest novel.  Of course, she's not alone in this opinion.  The Great Gatsby frequently tops lists and is number two (behind Ulysses) in the Modern Library Top 100. 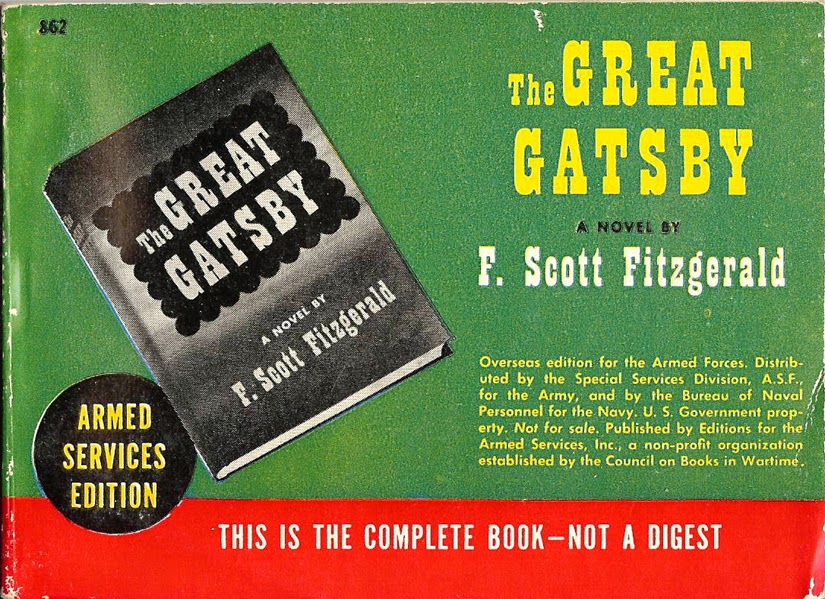 The novel has been reprinted many times in many different languages, resulting in more than 25 million copies sold worldwide.  When Fitzgerald died in 1940, the book had only sold 25,000 copies.  The Armed Services Edition distributed 123,000 copies in 1945.  Surprisingly, you can still get a first printing of the original edition for a reasonable price.

The book seems fitting today.  Jordan Belfort looked like a modern-day Gatsby in The Wolf of Wall Street, helped by Leonardo DiCaprio having played Gatsby in Luhrmann's misguided film earlier the same year.  Corrigan says the takeaway from this novel is: "you can't escape the past, but isn't it noble to try?"  I guess that depends on how many embittered persons you leave in your wake.
Posted by James Ferguson at 11:54 AM