Will stamps become a thing of the past? 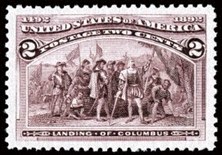 A little bit of philatelic history this morning.  The first US commemorative stamps were issued for the 1893 Columbian Exposition.  It was an impressive set of stamps for an impressive World's Fair, but the combined value ($16.34 or about $400 adjusted for inflation) of the commemorative set was too much for the average American.  Of course, if you looked at it as an investment, the full set is worth about $18,000 today in mint condition.  You can still find lower denomination stamps like the one above for reasonable prices.  The 2-cent "Landing of Columbus" goes for about $30.

Stamps have become an indelible part of our history.  I've often thought that a fun way to teach history would be through stamps, but in this day and age most kids wouldn't have any idea what stamps are for. The US Postal Service has experimented with electronic stamping, however there isn't really any need for it, at least not yet.  Who knows with net neutrality currently under debate in Congress, we could soon see higher rates for Internet usage?  Our e-mails aren't safe from prying eyes, as it is.  Maybe with e-stamps there would be greater privacy in correspondence, at least that was the USPS selling pitch at one point. 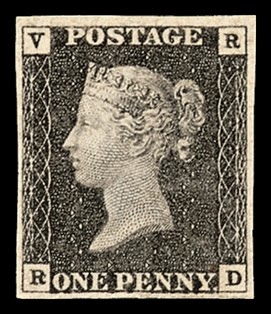 Since the Penny Black, first issued by Great Britain in 1840, stamps have been a form of assurance that your mail will be delivered untouched to your chosen address, and for the most part postal services have delivered on this promise world wide.  I've come to greatly appreciate that living overseas.  It wasn't long after, 1847, that stamps were first used in America, which fittingly honored Benjamin Franklin, who had been the first US Postmaster General before the advent of stamps in 1775.

Perhaps the most famous postal carriers were the Pony Express, spurred by the threat of Civil War in 1860 to provide fast reliable service to the Western territories.  The route stretched from St. Louis, Missouri, to Sacramento, California, covering a distance of roughly 2000 miles in an astonishing 9-11 days, eastbound being a little slower than westbound.  However, it was an expensive service, charging $5 per half-ounce in 1860.  The price came down to $1 by 1861, but it was no competition for the telegraph, which brought an end to this rapid service only 19 months later.  It was the Internet of its day, although it didn't stop "snail mail" all together. 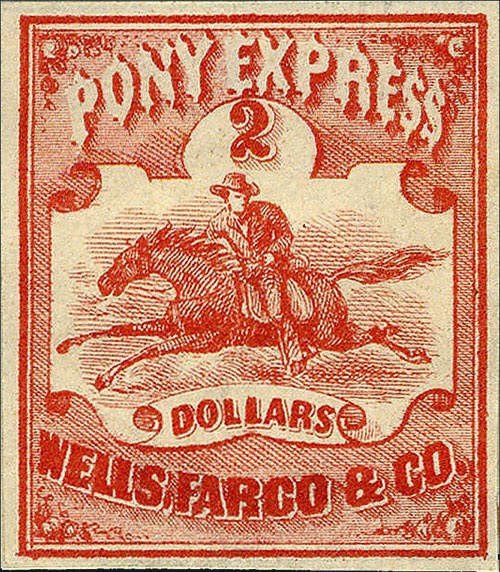 Unfortunately, the meter has replaced stamps for the most part, and with the US Post Office once again in serious financial trouble you can expect to see e-postage become the norm for metered mail.  It is a pre-paid service where you print out the postage yourself, rather than go to the post office.  But, you can still buy commemorative stamps, although they no longer carry a denomination, simply marked "forever."  It would be nice to think so.