In George we trust 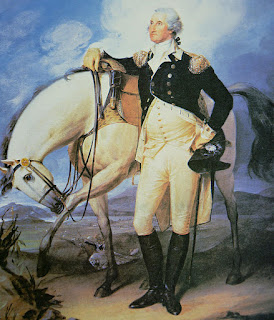 President's Day is usually a time for sales, everything from mattresses to trucks, as it is out with the old and in with new.  People start thinking about Spring even if still buried in snow.  There are parades and every year a pretty good-sized crowd descends on Mount Vernon to honor our first president.  Admission is free so why not.  I feel most remiss in never having visited Mt. Vernon, even though I had the chance to do so when I lived in Washington, DC.

While most presidents have an air of controversy surrounding them, George has managed to skate clean through the centuries virtually unsullied.  Sure, there are those who complain that he was a slaveholder.  Every year there is a new story about Washington and his slaves, like this one from the Smithsonian that highlighted one of his slaves who escaped rather than be made a wedding present.

Of our first 12 presidents, only two didn't own slaves.  You probably guessed that is the Adams family -- father and son.  Even Martin Van Buren held onto one slave from his family.  Tom escaped in 1814, but Van Buren showed little interest in recovering him.  Martin would later join the Free Soil Party.

George was the biggest slave owner of the Presidents, with an estimated 250-350 slaves.  He also was the biggest land holder of all the Presidents, with an estimated estate of 8000 acres at Mount Vernon and another 50,000 acres in far flung properties.  Washington would often have to ride through his vast land holdings to ensure that no one claimed squatters' rights.  You can find these and other key facts on the Mt. Vernon website. 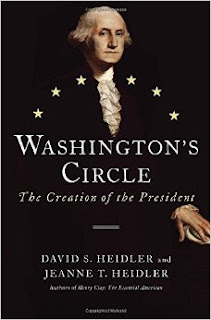 He is generally seen as boring and not overly erudite.  He liked to surround himself with bright young men.  David and Jeanne Heidler added the newest account to the Washington bibliography, in which they explore his inner circle in the same vein as Doris Kearns Goodwin's Team of Rivals, which studied Lincoln's cabinet.

Indeed, Washington was the conciliatory voice that held rival factions together, but when he died in 1799, everything began to break apart.  Jefferson wasn't going to pay deference to John Adams seeking a second term.  Hamilton and Burr were on the verge of a deadly duel.  Plots and intrigues abounded in Washington, which was little more than a malarial swamp when Adams first resided in the White House in 1800.

The former General had taken up residence in New York and later Philadelphia while the White House was under construction.  It was a very modest house, befitting the nature of the young republic, but unfortunately is no longer standing.

President Washington had engaged Pierre Charles L'Enfant to come up with a plan for the new capital.  The French architect laid out a beautiful city on the banks of the Potomac River in the classic Beaux-Arts tradition, but when he heard that Washington planned to sell shares to fund the construction, L'Enfant balked, saying that is no way to build a city.  It would take 100 years for L'Enfant's plan to finally be realized.  The District of Columbia would forever remain a ward of the federal government.

Other presidents have come and gone.  The White House has been remodeled repeatedly over the years to suit individual tastes.  Each president, however, has been held up to the paragon of presidents, whose imperturbable temper is the standard by which all presidents are judged.   This day used to be his day alone, but has now come to symbolize all presidents as there was no longer room to have both a Washington and Lincoln day on the federal calendar.  For the record, George Washington was born on February 22.

No president has had more natural features, towns, schools, universities, roads, bridges and even a state named after him.  Good ol' George stands over us not only on Mt. Rushmore but all things we do today as a mythical figure we cannot escape.   "What does George think?" would best characterize the plethora of books, tracts and unsubstantiated quotes that have been written in his name, most of them wildly straying from the mark in an effort to defend the authors' own causes.

Unfortunately, no one has written a badass book about George, like Seth Grahame-Smith did of Lincoln.  There are depictions of George as a zombie hunter, which I could see made into a video game.  Mount Vernon has this eerie hologram of George Washington. 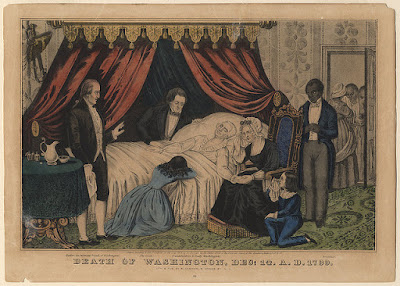 This brings to mind an actual attempt to resuscitate George Washington so that he could witness the dawn of the 19th century.  This essentially would have made George a zombie, if the experiment had been allowed to take place.  There were also fights over his body parts, including his head.  Fortunately, our first president was entombed intact.

It's great that a historical figure has been able to hold up so well over the centuries and still be universally claimed.  Very few persons have anything bad to say about George Washington, and many historians rank him at the top of the list of best presidents.  So, George, I salute thee, even if it is not officially your birthday.  You will always be number one.