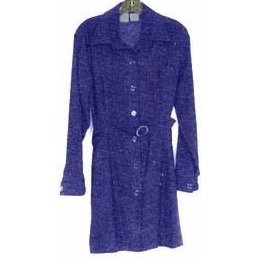 Bill Clinton has left a stain on the Democratic Party far beyond the semen he left on Monica Lewinsky's blue dress.  It is hard to believe that back in 1992, Clinton actually carried West Virginia, Kentucky and Tennessee, along with Georgia, Louisiana and Arkansas.  Granted, he was a Southern boy and Ross Perot helped split the vote that year, but the Democrats still had a foothold in the South.

1992 was also considered the Year of the Women, as five women won seats in the US Senate for the first time.  They actually had to install a women's restroom to accommodate them and Joe Biden personally saw that women were represented on the judiciary committee.  It's pretty amazing that Bill survived this time, given all the sexual abuse allegations that were filed against him, but thanks to the help of his supportive wife, he did.

By 2000, this tenuous grasp was lost.  Al Gore lost all those Southern states and Florida too.  The odd part is that Prince Albert, as he was derisively called, had continued his father's legacy in politics, serving as Senator from Tennessee, before opting to be Bill Clinton's running mate.  Like many Southern Democrats, he was a social conservative, but had an epiphany in reading Rachel Carson's Silent Spring and became one of the Democratic Party's leading advocates on environmental regulations.

Maybe he drifted too far away from his conservative roots, or more likely was stained himself by the Clinton legacy, which at this point had become one of shame.  It was left to Hillary to rebuild that legacy as the newly elected US Senator from New York, having established residency while her husband was fucking around with Monica in the Oval Office.

Somehow we managed to survive the Bush years.  Hillary was in her second term as Senator when she felt the call to run for President.  She was enjoying sky high approval ratings until Bill pitched up again on the campaign trail and her numbers began to plummet.  In the end Billary, as they not-so-affectionately came to be called, were no match for the Obama mystique.  Something that roiled Bill to no end, as he so badly wanted to be kingmaker, or queenmaker in this case.

After six years of Obama, many of us thought the Clinton hold on the party was over.  Bill had gone through heart surgery and seemed content to keep a low profile and Hillary seemed happy writing books.  But, once again their popularity soared and Bill couldn't resist the temptation of getting out on the campaign trail again, endorsing candidates in 2014 after the Obama mystique had worn off.

This should have served as a warning sign for Democrats.  Bill carried little weight in pivotal elections.  Allison Lundergan Grimes went down in a heap of ashes in Kentucky, despite his strong show of support.  Democrats had been optimistic at one point that she would bring Mitch McConnell down.  Making matters worse, Republicans took back the Senate vowing to neutralize Obama.  They wouldn't even consider his 2016 Supreme Court nominee, Merrick Garland, after the revered conservative Antonin Scalia had died early that year.

No matter, Bill was right back on the campaign trail in 2016, plugging his wife, but more often than not dragging her down.  His impromptu meeting with Loretta Lynch on the tarmac of Phoenix International Airport gave Republicans all the ammunition they needed to claim the Obama administration was covering up for Hillary.

Time and again, Bill has foiled Democrats' bids for office, yet he still hangs around hoping someone will solicit his oratory services.  Few seem to be calling in 2018.  The Clintons are now seen as a liability.

Sadly, this was the case all along.  Bill was very good at getting himself elected but very bad at getting others elected.  Hillary managed to take advantage of her feminine mystique in New York, but beyond the liberal pale she has done very poorly.  She lost West Virginia by 42 per cent in 2016, a state Bill Clinton won in 1992 and 1996.

Many people wanted to like the Clintons.  Some still do.  However, Bill will never live down the stained dress, and Hillary will always be seen as complicit in this notorious affair.  Not only did it affirm his sexual encounter with Monica Lewinsky but gave credence to all the other sexual abuse allegations they so vociferously denied.  It also paved the way for a con artist like Trump to find a very narrow path to the White House, which few could imagine possible.