Tribalism and the End of History 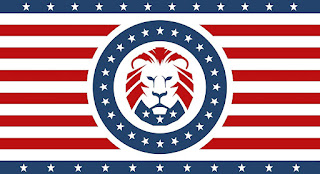 I remember my father liked to say that in 100 years we will be able to rediscover Africa as the continent will revert to its tribal states.  Well, it seems tribalism has already happened in America.

Politics have always been partisan, but as one pundit noted there was still some hope when both parties sat down together to resolve the financial crisis of 2008.  Bush had asked leaders from both parties to join him in a round table economic discussion with the end result being the Troubled Asset Relief Program, or TARP for short.

Staunch conservatives were outraged.  The Tea Party was formed expressly to return the United States to its revolutionary roots.  They loved waving around the Gadsden flag, designed in 1775, a year before the colonies declared their independence from Great Britain, seeming to conflate pre-revolutionary fervor with the Constitution in an interesting hybrid of patriotic beliefs.

It was hard to take it seriously, but this movement soon gained momentum as persons within their midst began to question Obama's birth certificate, claiming he was born in Kenya.  All the media outlets entertained these Birthers, as they came to be known, even if there wasn't a shred of evidence to support their case.  Any movement needs a villain and Obama became that villain.

Unfortunately, our president was under the misplaced belief that reason would prevail, and tried to use humor to put these ugly rumors to rest.  Instead, he wakened a sleeping lion in Donald Trump, who plotted how he could use the Tea Party to his advantage, reining in all the strange elements like he did discarded celebrities on The Apprentice.  Soon these persons became folk heroes, like Sheriff Joe Arpaio, who chased after illegal immigrants with the help of action hero Steven Seagal; and the merry band of Oathkeepers, who helped Cliven Bundy defend his ranch against the evil federal government.  Donald Trump embraced them all.

Most of us just hung our jaws in disbelief.  How could such deplorable persons become national folk heroes?  It didn't matter that Cliven owed over a million dollars in grazing fees and penalties for using federal land to feed his livestock, or that Sheriff Joe defied the federal law when it came to racial profiling and other dubious police actions, they were seen as latter-day Robin Hoods by the alt-right movement.

A large number of Americans ate this stuff up like they did reality shows about duck hunters and dirty jobs.  A new primitivism emerged that was hard to rival, especially when it came to television ratings, and soon Donald Trump put himself squarely in the middle of all this nonsense hoping to cash in on it, as he had The Apprentice.

There were divisions within this new tribal culture, but they were patched over when a new villain emerged -- Hillary Clinton.  Whatever differences these uber-conservatives had were easily reconciled when it came to defeating the common enemy.   Trump brusquely took the vanguard of this movement even if just two years before he had praised Hillary as perhaps the best Secretary of State ever.  No one seemed to hold him to his past allegiances.

One of the things that happens when tribalism takes over is that reason is suspended.  Slogans and memes become the principal form of communication, regardless of how dubious they might be.  The will to believe becomes so strong that it takes nothing less than a monstrous cataclysm to dispel these beliefs, and even then the spell is hard to break, as the remnants of the tribes retreat into their corners waiting for a new day to emerge.

In the past, these tribes never got much further than taking over a state or menacing Congress.  No presidential candidate had won a national election on such staunchly held tribal beliefs until Donald Trump.  We are still trying to figure out how this happened.  Some say it was a massive election tampering effort coordinated between the Trump campaign and the Kremlin.  Others think that Hillary was a very bad candidate. A few think it is just the fate of election cycles.  Whatever the case, we are stuck with the Lion King as President.

Making matters worse, the economy just keeps growing regardless of what this demented monarch does.  In the minds of his court jesters this is proof positive he was the right man for the job.  Of course, the same pundits were hailing Bush's tax cuts back in early 2000s until the economy collapsed in 2008, but this time they will get it right.  Steven Mnuchin and Jerome Powell will sort it all out.

Tribalism doesn't worry about historic precedent.  In the minds of the followers, history is dead, or at least being rewritten as we speak.

Even if the worst possible scenario emerges and the Lion King remakes the country into the United States of Trump, it won't last long, anymore than the Third Reich lasted long.  Sadly, there will be bloodshed, as these tribalists won't relinquish power easily, but they will be defeated.

Maybe we will learn a lesson from this, or maybe not.  It seems that we as Americans have a hard time reconciling ourselves with the past.