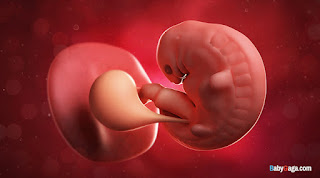 Political theater has been perversely twisted into legislative policy with men determined to govern women's reproductive rights with the harshest anti-abortion bill to date.  Amazingly, it was signed into law by the woman governor of Alabama.  This shameful act has made it into news all around the world.  In Vilnius, I was asked yesterday at lunch what I thought of this draconian law by one of my women colleagues.

With the confirmation of Brett Kavanaugh last year as Supreme Court Justice, conservatives states are determined to overturn Roe v. Wade.  The startling victory by Democrats in the 2018 midterms spurred them on even more. Not that the feminine uprising had a big impact on Alabama.  Kay Ivey is a female surrogate for male conservative interests, and only four women sit in the state senate.  Two of these women spoke out against the legislation.  Their objections were shot down by the white male conservatives, who passed the bill by a vote of 25-6 with 4 abstentions.

Alabama, Georgia and Ohio have all recently passed tough new laws against abortion, and it looks like other conservative states will soon follow.  No doubt these Old Testament abortion laws will be challenged in federal court.  The process promises to be a long one, and these states feel like they have God on their side.

In the past, women had three months to decide whether to terminate a pregnancy, but with new ultrasounds a "heartbeat" can be detected as early as 6 weeks in many pregnancies, which means women are committing a felony once a heartbeat is detected, and will be subject to severe punishment.  Doctors who perform abortions face even harsher sentences.  These laws offer few if any exceptions.  In Ohio, the new "hearbeat bill" would have applied to an 11-year-old girl, who was raped by a 26-year-old man multiple times, had it not been scheduled to take effect this summer.   Why should someone so young have to literally carry this burden?

This legislation is ideologically driven, fueled by the rhetoric of Trump and other conservative politicians determined to roll back women's reproductive rights.  It is about power, not religion, which is why you see so many references to The Handmaid's Tale.  In Alabama, women literally had no say in the matter.  The last hope was that Gov. Ivey would veto the bill but she wholeheartedly endorsed it, citing Roe v. Wade as the ultimate challenge.  It makes her look like one of the blue wives in the dark television series.  Margaret Atwood didn't even need to update the novel, as we watch it play out in real time.

How this will impact the 2020 elections remains to be seen, but I would think even Alabama women would be furious at such legislation.  State senator Linda Coleman-Madison certainly is. Republicans have been running on these "moral issues" for decades and feel nothing has changed to alter their approach.  Obviously, states like Alabama and Mississippi are deep red, but Brian Kemp barely edged out Stacey Abrams in Georgia, and a decision like his is bound to have an impact on state and national races next year.  It may spur Abrams to run against David Perdue for the US Senate seat.  She is by far the most recognizable Democrat in the state.  For the moment, she plans to keep up her fight in Georgia.

This type of legislation exposes the fault lines in America.  This is a deeply divided country unable to come together on any issue.  As long as religious conservatives believe they have God on their side, they will continue to push Mosaic law.  In this sense, they are no better than the ayatollahs they demonize. Iran has less restrictive abortion laws than Alabama now has.  Welcome to the Biblical Republic of Alabama!