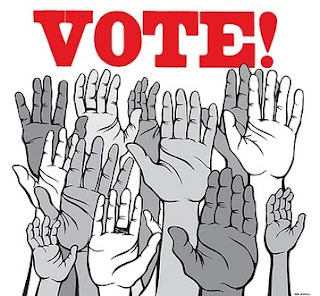 Historically Midterms haven't favored incumbent presidents. FDR suffered big House losses in '38 and '42.  Clinton lost control of the House in '94.  The worst Senate losses were suffered by Eisenhower in '58 and Truman in '46.   The Republicans would need a repeat performance to do the same this year as they have to win no less than 39 seats to regain control of the House, and score a +10 to take the Senate.

Faced with these overwhelming odds, Boehner has issued his Pledge to America, essentially a replay of Gingrich's 1994 Contract with America.  But as the Tennessean notes, this Pledge may backfire, as the Democrats now have something to tee off on.  Up to this point, the Republicans and their fellow teabaggers have essentially been running negative ads, attacking Democratic positions, and making any number of false claims in regard to health insurance and tax relief.

It seems the Dems will lose seats, but the Republicans riding what they feel is a huge wave of resentment against the current administration may have set themselves up for the fall, because anything less than a clear majority in the House and a split in the Senate (as was the case in 1994) will be a defeat for them.  Either way, Obama will have a tough two years ahead, as the Republicans won't be anymore willing to work on Democratic sponsored legislation than they currently are, and the focus will become on the 2012 elections.

Has Obama done enough to stem the economic tide and start to see appreciable gains in employment in the two years ahead.  Getting a road bill through Congress and other infrastructure bills may help, but it seems that what America needs must is an attitude change.  Once again this has become an election about perceptions, not the reality of the situation.
Posted by James Ferguson at 8:39 AM