History and the Sense of the Tragic 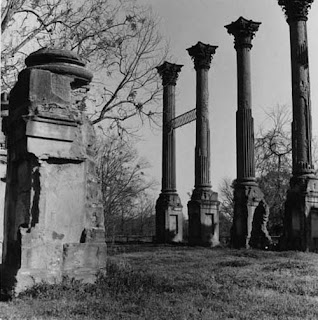 Absalom, Absalom! seems to get less attention than other Faulkner novels, but as Cleanth Brooks notes,

The property of a great work, as T..S. Eliot remarked long ago, is to communicate before it is understood, and Absalom, Absalom! passes this test triumphantly.

At times, it seems Faulkner is more interested in his narrators' fates than he is his characters in this tumultuous novel which spans at least three generations.  He chooses to tell the story of Thomas Sutpen from multiple perspectives and a variety of settings, working at times from the thinnest strands of memory in piecing together this very compelling narrative.  It is perhaps the most compelling of all Faulkner's narratives, as he seeks to define not only what is black and white, but the many gradients in between, in the Old South.
Posted by James Ferguson at 2:47 PM