Too Long a Time 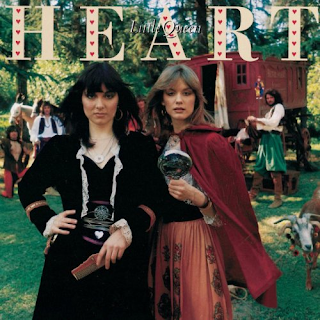 After Ann and Nancy Wilson's beautiful tribute to Led Zeppelin at the Kennedy Center, I found myself looking back on Heart.  All I had on CD was a Greatest Hits collection, which quite frankly didn't do them justice. I since remedied that by purchasing the box set Strange Euphoria, a highly personal collection of songs plus a classic live performance from 1975.  And, now, I discovered there was a book published last year as well.

Their passion for Zeppelin runs deep.  They actually covered Stairway to Heaven back in the 70s, as well as other songs by Plant and Page.  What made their tribute especially sweet was the appearance of Jason Bonham, who tours with the current Heart band.  The bowler hats were a great touch. and I imagine is what brought tears to the old boys' eyes.  John Bonham is missed.

Heart's legacy certainly doesn't match that of Led Zeppelin, but they were a pioneering band in many ways, not least of which their many literary allusions.  It is great to see them getting the credit they deserve.