In the Shadow of No Towers 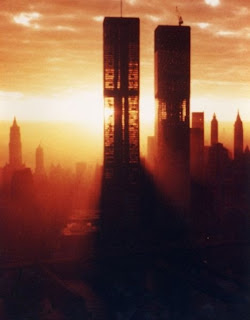 I think we need to put 9-11 behind us.  Not that we forget those who died in that horrific event, but that we quit looking at ourselves as martyrs in some abstruse "War on Terror" that has stretched into its 12th year, with our military activities in Afghanistan yet to be drawn to a close.

If these 12 years have taught us anything, it is that the only thing we have to fear is fear itself.   It is time we quit creating Boogeymen, and deal with pressing foreign policy issues in a diplomatic, not military, way.  This is a good time to completely rethink our FP approach, getting away from the Cold War paradigm that has dominated American politics ever since WWII when the Soviet Union rose up to challenge our global hegemony.

We've had many opportunities to step away from the brink of war, but yet we continue to fight proxy wars in the name of "peace."   Carter probably came the closest to rewriting American foreign policy, but then found himself embroiled in Afghanistan and Iran, fighting the same old proxy wars with the Soviet Union.   It seems to be very hard to escape this cycle, but one hopes that with a new resolution on the Security Council table, maybe, just maybe, we can begin to put this "War on Terror" behind us and move on with life.
Posted by James Ferguson at 8:12 AM