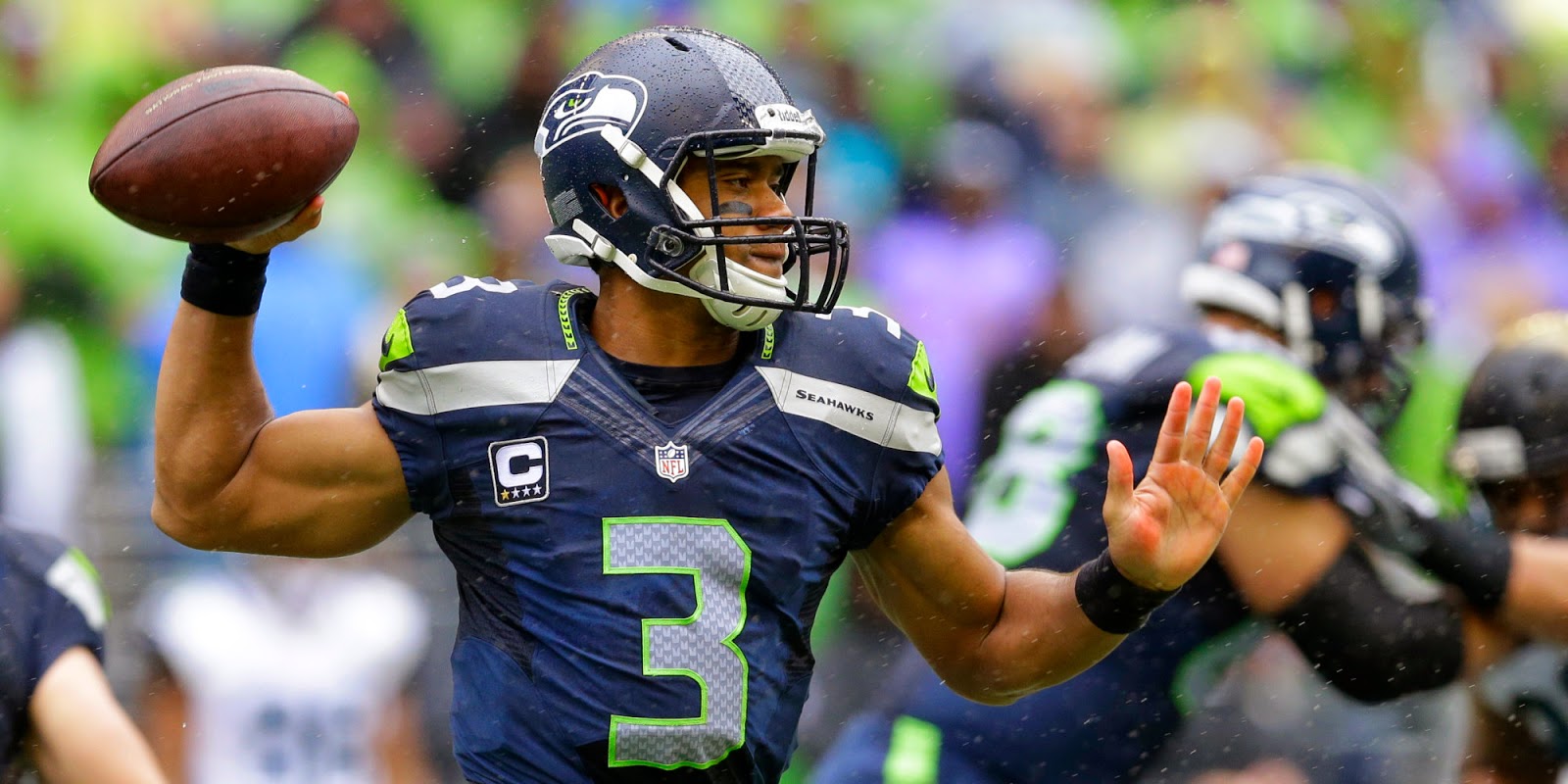 A football team struggles for two games on the field and all the sudden there's a "racial divide" in the locker room.  Not between whites and blacks, mind you, but between blacks.  According to Mike Freeman, an NFL sportswriter, Russell Wilson, the heralded young quarterback, "isn't black enough."  Freeman couches his own opinion in several interviews he claimed he had with Seahawks' players, not naming one of them.  This story was quickly picked up by the media and given veracity by other sports commentators, notably that of Charles Barkley, who as expected used the incident to tell of his own struggles within the black community.  Of course, Seahawk players denied this, but Wilson had the best retort, "I'm just an intelligent well-spoken male."

It must have been a pretty slow Monday around the NFL, if this is the best sportswriters and commentators could come up with to explain Seattle's "leadership crisis," but one has to remember that blogs have to generate interest just like newspapers, picking up on stories that they think will stir readers, and it seemed like Russell Wilson was an easy target for Freeman, who himself is black and successful.

Freeman presents Wilson as an "Uncle Tom," being too close to management and as a result earning the ire of his fellow black teammates.  Of course, Freeman is careful to say that this is what's wrong with the NFL in general, citing other black quarterbacks which he feels had similar situations.  Barkley goes further to say that this is a cultural thing and that blacks are "brainwashed" into thinking that a successful black is not one of them, calling it a "dirty dark secret." 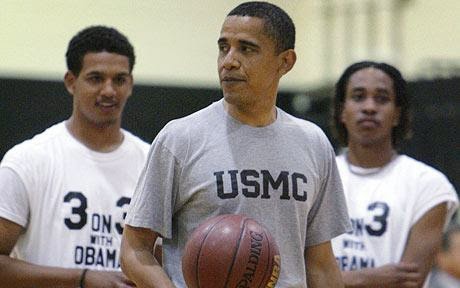 But, why did one successful black person, Herman Cain, say during the 2012 presidential campaign that Obama is "not a strong black man?"  Maybe it was because Cain grew up in a  "poor but happy" black home in Memphis, Tennessee, whereas Obama came from mixed parents, and was raised by his white grandparents in Hawaii, if we are going to use these silly arguments.

Barkley had been Republican until he announced he would run for governor of Alabama as a Democrat in 2006.  Not sure where his political affiliations lie these days, but here he is interviewing President Obama earlier this year, principally about basketball, but also about gay rights and other issues.  He seems to respect the president, unlike Cain and more recently Dr. Ben Carson, who both have been harshly critical of the President.

I would have liked to have seen Charles dismiss the Wilson comments entirely, rather than play into the faux debate being generated around the league, and around the country for that matter, as his statement was picked up by the conservative media to support its view of a black underclass that has been "brainwashed" to vote Democratic.  This was Cain's sentiment back in 2011, when he first announced his candidacy.

Recently, we have seen the GOP make a big pitch to blacks, presenting itself as the Party of Civil Rights, and that it was Southern Democrats who instituted segregation laws throughout the South.  Of course, what contemporary Republicans fail to mention is that many of these Dixiecrats turned Republican in the wake of the 1964 Civil Rights legislation, supporting Goldwater and other Republican candidates in subsequent elections and doing their damnedest to overturn Civil Rights legislation.   Notably affirmative action, which has been a Republican pet peave ever since Title IX was passed in 1972, breaking down the barriers in education that finally allowed blacks to not only get an equal education, but equal sports opportunities. 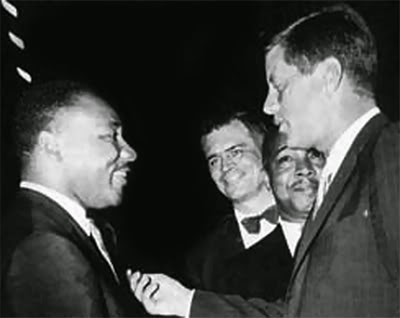 The worrisome thing is that the current GOP uses blacks, like Kevin Williamson, who wrote the National Review article linked above, and Michael Steele, who briefly headed the Republican National Committee, to promote this revisionist history, in an attempt to undercut the support the Democratic Party has gotten from blacks ever since 1960 when John Kennedy thought well enough to call Coretta Scott King and offer his sympathy after Martin Luther King, Jr. was arrested and held in an Atlanta jail following a civil rights protest.  Nixon did not call.  Republicans have long discredited this as a political move, but it was Kennedy, not Eisenhower before, who presented sweeping Civil Rights legislation that would be passed during Johnson's term.

So, here we are 50 years later trying to assess whether certain football players are "black enough" or black presidents "strong enough" to represent the race.  So much for the "Colorblind" society Reagan tried to promote in 1986, albeit a cynical attempt to overturn affirmative action.  I don't think Charles Barkley realized the "bucket of crabs" he stuck his hand into here when he chose to seize on the issue.  It's not blacks who pit themselves against each other, it is whites who pit blacks against each other, and have done so ever since plantation days, which ironically enough is very similar to the way college and professional sports teams are set up today.

Posted by James Ferguson at 9:30 AM