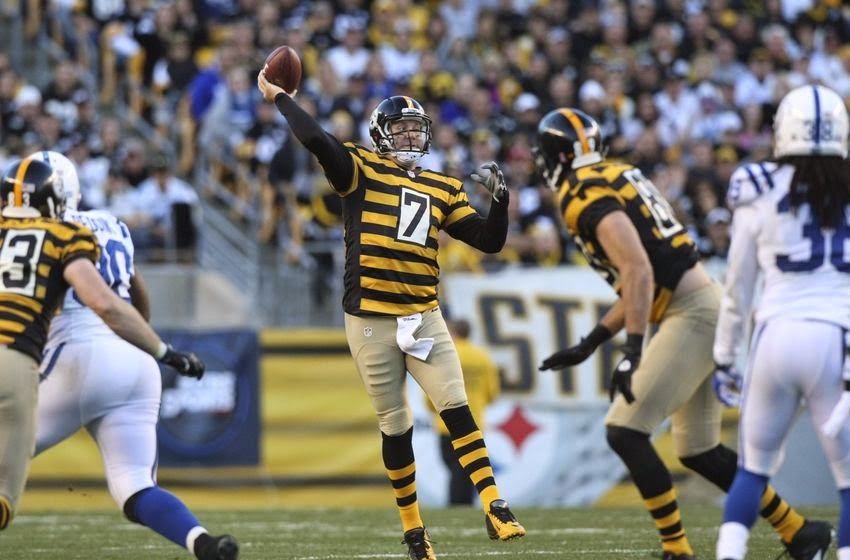 The Steelers looked more like a swarm of bees on Sunday as they laid waste to the Indianapolis Colts in their "throwback" uniforms from the 1930s.  Big Ben had a big day throwing for over 500 yards in route to a 51-34 rout. 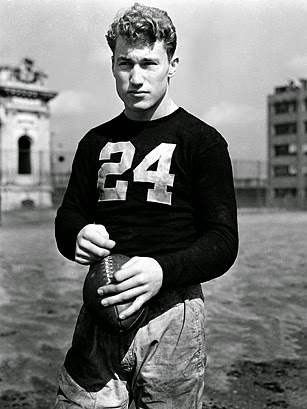 The Steelers were known as the Pirates back in 1938 and were led by quarterback Byron "Whizzer" White.  Art Rooney spent a ton of money in his day to get the All-American out of the University of Colorado.  Pittsburgh was struggling and needed a big name player.  White did not disappoint, but the Pirates struggled with another losing season.  Seems like White saw this franchise was going nowhere, and decided to take advantage of his Rhodes scholarship and study in Oxford.  He came back to play with the Detroit Lions for three seasons, leading the league in rushing all three years, before enlisting in the military.

Art Rooney struggled for decades to build a strong franchise.  He changed the team's name to Steelers in the 1940's, but during the war years, the Steelers and Eagles were combined to form the "Steagles," with a lot of conflict between the coaches and players.  Pittsburgh later merged with the Chicago Cardinals to form the "Car-Pitts" or "Carpets," but this union was just as disastrous.

Pittsburgh came back to being the Steelers in the 1950s but didn't have much success.  Rooney drafted a young quarterback out of Louisville in 1955, but cut him in training camp.  The quarterback tried his luck at Baltimore, where he became one of the most prolific passers in the NFL.  I'm sure Rooney wished he had given Johnny Unitas a second chance. 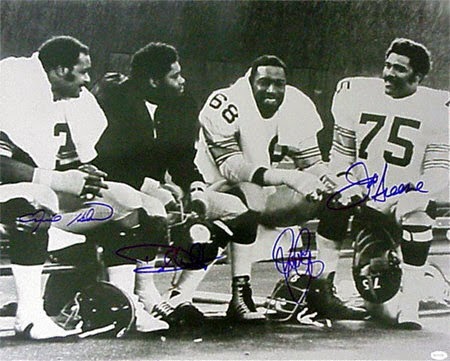 It wouldn't be until the 1970s that the Steelers finally put all the pieces together in the "Steel Curtain Dynasty," which would win four Super Bowls in six years.  The most famous player of the indomitable Steel Curtain was Mean Joe Greene, who softened his image just a little for this memorable Coca-Cola ad from that era.

The Steelers were a team 40 years in the making, with Rooney using his winnings from the horse track to keep the team going during its lean years.  He passed away in 1988, but his family still owns the franchise and resuscitated the Steelers in the first decade of 2000 behind the mighty arm of Ben Roethlisberger and a strong defense, winning two more Super Bowls.  A lot of history on this team.
Posted by James Ferguson at 11:29 AM