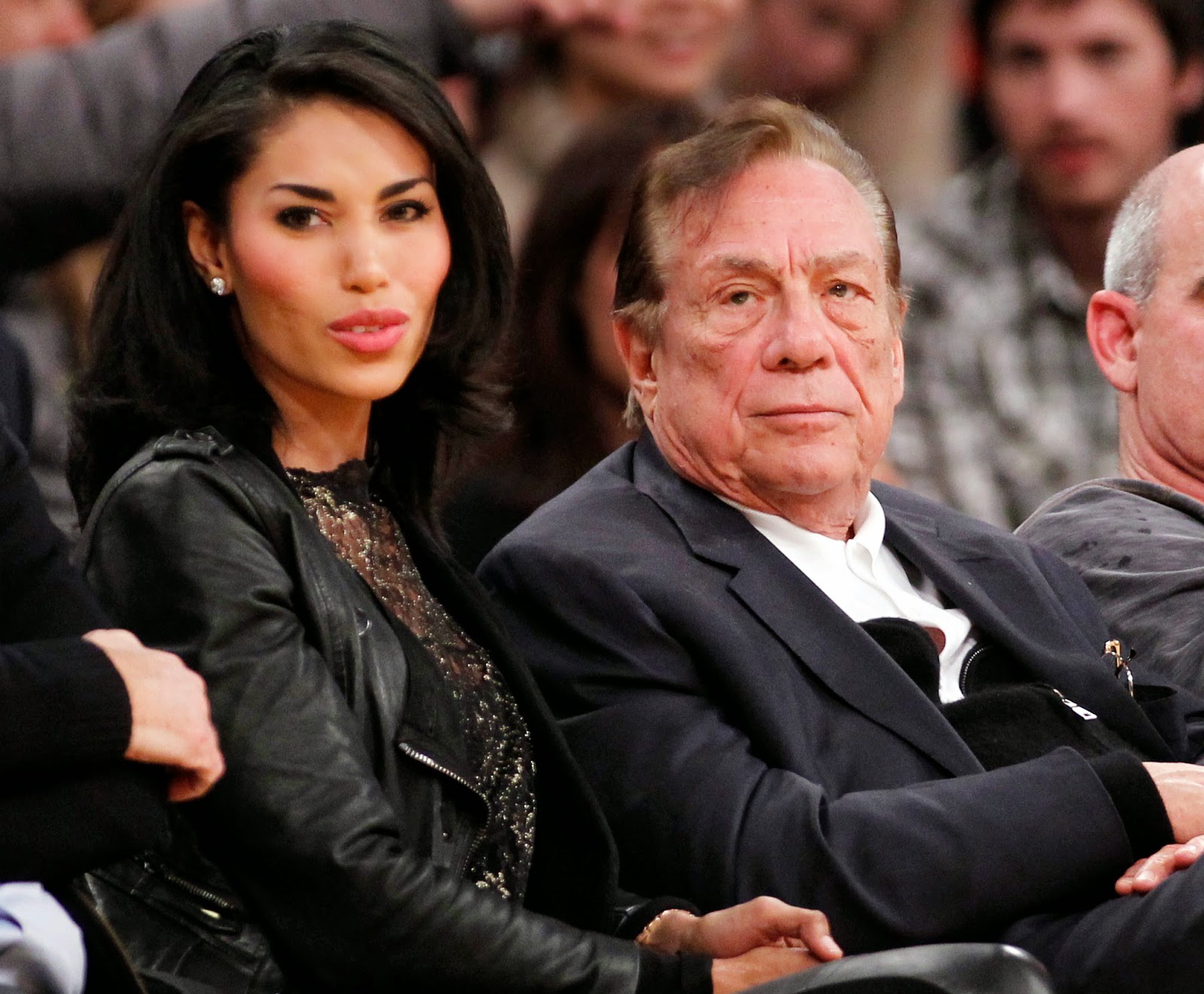 Racism rears its ugly head again.  After Donald Sterling's outlandish statements in a recorded telephone conversation with his girlfriend, the owner of the Los Angeles Clippers has been excommunicated from the NBA.  The only thing left is for the owners to agree on a forced sale of the ball club to rid him from the basketball league all together.  It should be a big payday for the Don, who bought the team for $12.5 million back in 1981, as NBA teams are worth upward of $500 million, but one assumes it is the prestige of owning one of these teams that attracts buyers.

Despite the almost universal outcry against Sterling, there are those who defend him, notably another Donald, who feels the billionaire slumlord was set up by his girlfriend, who apparently had been sitting with Magic Johnson court side in recent games.  Conservative pundits have jumped on what they regard as a hostile takeover attempt of the Clippers by a black consortium led by Johnson, adding even more fuel to the fire.  Stephen Colbert has fun with the latest Conservative poster boy.

It apparently doesn't matter that Sterling has long been out of favor with the NBA, only recently making any kind of investment in the team after 30 years of ownership.  The Clippers were a perennial doormat until the team signed Blake Griffin in 2009, and have since built a formidable team around the All Star center.  Last year, Sterling dished out big money to lure Doc Rivers away from Boston, with one assumes the intent of challenging for the NBA title.

So, why all this angst against Blacks?  Sterling has a track record of discrimination with the most recent lawsuit being one settled in 2009 for denying Hispanics and Blacks access to his apartment rentals.  I guess he thought Koreans better met their monthly payments.

He is also known for making grandiose pitches, like a $50 million Donald T. Sterling Homeless Center in downtown LA, that never get built.  He sits on the relatively cheap real estate for awhile and then builds something more profitable in its place.  Nevertheless, he attracted the attention of the NAACP, which was about to bestow a lifetime achievement award on the developer before his racist pillow talk was aired.

The NBA is global, attracting viewers on all continents, and has players from many countries.  It is a multi-billion dollar sports industry that has an image to protect given its multi-racial team rosters.  Sterling is an anachronism.  A guy who bought a miserable team for a song, sat on it for three decades, and only under pressure from the NBA began to make an effort to build it into a ball club.

You would think the Clippers' recent success would allow Sterling to put all the past behind him, but in an unexpected moment of outrage over who his girlfriend takes to ball games, it all came undone.  I doubt Sterling will be crying over this spilled milk, but one hopes that this will put pressure on other team owners like Orlando Magic owner Rich De Vos to clean up his act or get out.
Posted by James Ferguson at 10:50 AM