Be kind to your fine feathered friends 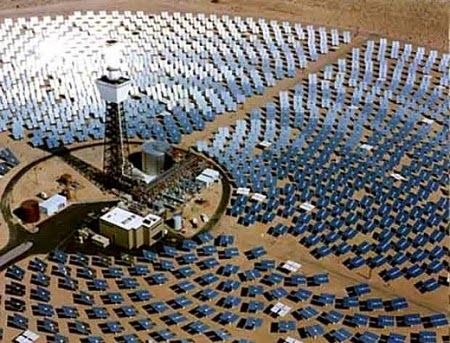 It seems the new Ivanpah Solar Power Plant in the Southern California desert has raised some concerns.  Its 460 feet tall water towers, heated by a huge array of solar panels, have been dubbed a "mega-trap" for birds, resulting in numerous avian deaths.  The "solar flux" field generates temperatures up to 800 degrees Fahrenheit, literally vaporizing birds in mid air, dubbed "streamers" by employees, as all you see of them is the vapor trail.  While the Fish and Wildlife Office of Law Enforcement has expressed its concerns, it also noted that nearly 1 billion birds die each year flying into windows around the country. 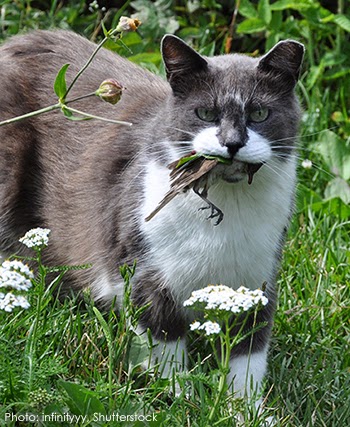 Yet, this story has been picked up by conservative blogs and Fox News, voicing their "concerns" over the impact large scale solar power plants have on wildlife.  At least,  Fox News notes that cats are the biggest culprit in the death of birds, an estimated 1.4 billion kills per year, but "opponents say that would do nothing to help the (poor) desert birds."

It's nice to see all this concern over wildlife, but where was this outcry before?  Sequestration led to cuts in Fish and Wildlife Departments across the country, and conservatives in Congress haven't exactly been amenable to attempts to protect endangered wildlife, especially where coal and oil leases are concerned.  Remember when President Obama declared a moratorium on deep-water oil drilling, because of the impact on marine and bird wildlife?  It was just as quickly lifted when concerns were raised over the economic impact of such a freeze. 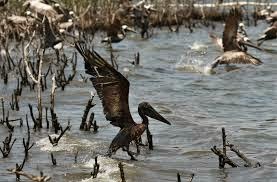 Seems like what's good for the goose isn't good for the gander, or in this case pelican. When oil companies feel the squeeze, environmental regulations are relaxed, but when solar and wind companies are squeezed they have to respond forthwith.  It doesn't take a genius to figure out who is orchestrating these attacks on alternative energy companies.  The Ivanpah Solar Power Plant supplies carbon-free electricity to approximately 140,000 homes.  Imagine more such power plants around the country?  It's not birds who are in danger.  It is oil and gas companies.
Posted by James Ferguson at 12:40 PM