The lingering images of Jim Crow

A recent lawsuit against Pespico and other companies associated with Aunt Jemima pancake mix brought to mind the many other racially tinged logos that have dominated American advertising for years.  David Pilgrim has devoted a museum to such memorabilia, recalling not only the many manifestations of Aunt Jemima since 1890, but Uncle Ben and the black chef on Cream of Wheat.  Moss Kendrix provides a bit of the backstory to these three enduring images.

Aunt Jemima was apparently taken from a minstrel play in the late 19th century, with various women portraying her at fairs and other promotional events since 1893.  Anna Harrington became the face of the company in the mid 1930s, although the company refers to her as Anna Robinson in their product history.  Her descendants claim that Quaker Oats, the parent company, appears to have misidentified her in order to avoid paying royalties.  As a result they are suing for $2 billion.

This may sound like a frivolous lawsuit on the surface, but it points to a much darker picture as to how blacks have been used to promote products largely on the basis of race.  Pilgrim notes that everything from black shoe polish to ashtrays have a "cultural utility," and are forms of propaganda when black faces are used on the products.  Some may regard it as just plain kitsch, but the purpose of Pilgrim's museum is to show how products like these can have different meanings when viewed in the light of Jim Crow, the era out of which much of the imagery emerged. 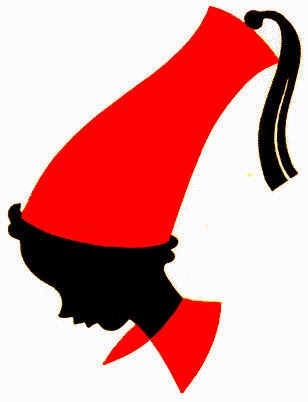 These images aren't purely American.  You can find blacks used to promote products like Lucaffe and Julius Meinl coffee, produced in Italy and Austria.  Meinl offers a brief history of the logo, claiming it represents the Ethiopian origins of coffee, but the image is that of black slave from the 19th century.  Julius Meinl has since gone with a silhouette image to avoid a direct association.

It is hard to gauge how much harm these images cause these days.  Pilgrim's museum goes well beyond advertising, presenting many of the racist caricatures that have been drawn of Obama, which indicates that Jim Crow is still very much a part of our society.