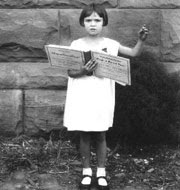 Sacred Harp Singing is still alive and well with organizations like Fasola that rely on shape notes, which Wilentz mentioned in his book.  Shape notes arose in the early 19th century as a way of transcribing music so that it was simple to read and allowed congregations to more easily follow along.


Here is a copy of an 1859 edition by Asa Hull, which uses standard musical notations.
Posted by James Ferguson at 9:50 AM