Cabinet Government in the United States 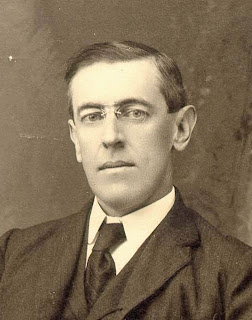 Cooper points to Wilson's early writings in his book The Warrior and the Priest, noting Cabinet Government as his first foray into political writing.  Wilson established himself as a "Federalist," believing in a strong central government, which would be the basis for his later text, Constitutional Government in the United States.  The interesting part is that he never attended a session of Congress in writing either of these books, preferring to maintain his intellectual distance.  Cooper said that both of these texts stand out in their study of government and went a long way toward establishing Wilson as a leading "political scientist."
Posted by James Ferguson at 11:41 AM