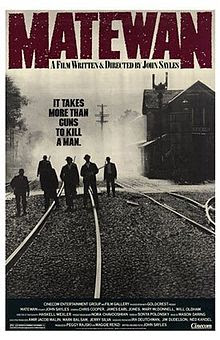 The ongoing battle between capital and labor brought to mine John Sayles' strong film, Matewan, from 1987.    It got quite a bit of attention and resulted in a book which showed how Sayles approached the Matewan Massacre of 1920.

There aren't too many American films that take the point of view of labor, at least not in recent years, but it was interesting to see that the main characters in The Hunger Games came from a coal mining community similar to one you would find in West Virginia.  Seems that Suzanne Collins has a sense of history.