My President the Car 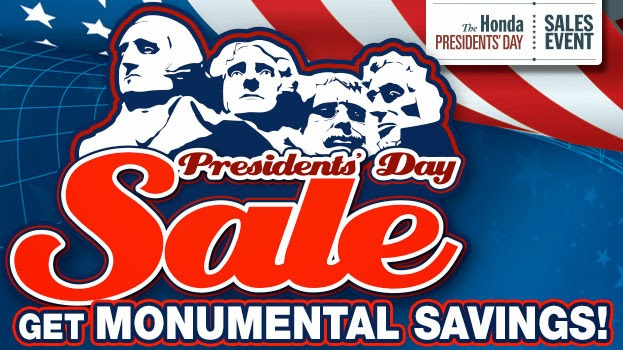 Apparently, there is nothing like Presidents Day for a car sale.  This is peak time for the automotive industry, offering sales across the country, with red, white and blue bunting stretched across showroom floors and between lamp posts on dealers' lots.  The "holiday" still officially honors Big George but has become all-inclusive.

Abraham Lincoln (33%) edged out George Washington (30%) in a recent poll sponsored by Constitution Daily.  Ronald Reagan wasn't on the ballot.  It seems you had to be on Mt. Rushmore or have been a relative of one of the stony faces to qualify.  Historians generally tend to put Lincoln ahead of Washington as well.

Lincoln is also the only President to have an automotive company named after him, although Gerald Ford shares his name with one car company.  Henry Leland, who founded Lincoln Motor Company, was actually old enough to vote in 1864 and cast his ballot for Lincoln, his favorite president.  I suppose if you were to compare Presidents with cars,  Warren G. Harding would be an Edsel, as he most consistently ranks at the bottom (43).  George W. Bush isn't very far behind with an aggregate score of 34.  I guess that would make him an AMC Gremlin.

Jimmy Carter is probably most closely associated with the K-car, having negotiated the bailout of Chrysler in the late 70s.  He even switched the White House fleet to K-cars and offered Lee Iacocca a number of perks to keep the company going in the face of bankruptcy.  The deal was vilified at the time, with many conservative critics blaming Carter for the collapse of the automotive industry by increasing fuel efficiency standards.  These critics failed to note that the 1973 oil embargo precipitated these events.  Sadly, not even this convertible woody could save the K-Car, which completed its run in 1984.

History has a tendency to repeat itself and there was Chrysler on the edge of bankruptcy again in 2008, along with Ford and GM.  Ford managed to find private sources to bail it out, but GM and Chrysler fell under the management of the federal government, with Obama insisting the car companies modernize their production lines to include more fuel efficient and electric cars, so GM dutifully trotted out the Chevrolet Volt, which has had little success.  Its $40,000 price tag is part of the problem.  Naturally, it was dubbed the Obamamobile.  Of course, conservative critics have failed to note that Tesla also benefited from the bailouts.


But, heh this is Presidents Day, albeit one day late, so rush down to your local car lot and take advantage of the deals!

Posted by James Ferguson at 1:39 PM