I'm Here So I Won't Get Fined 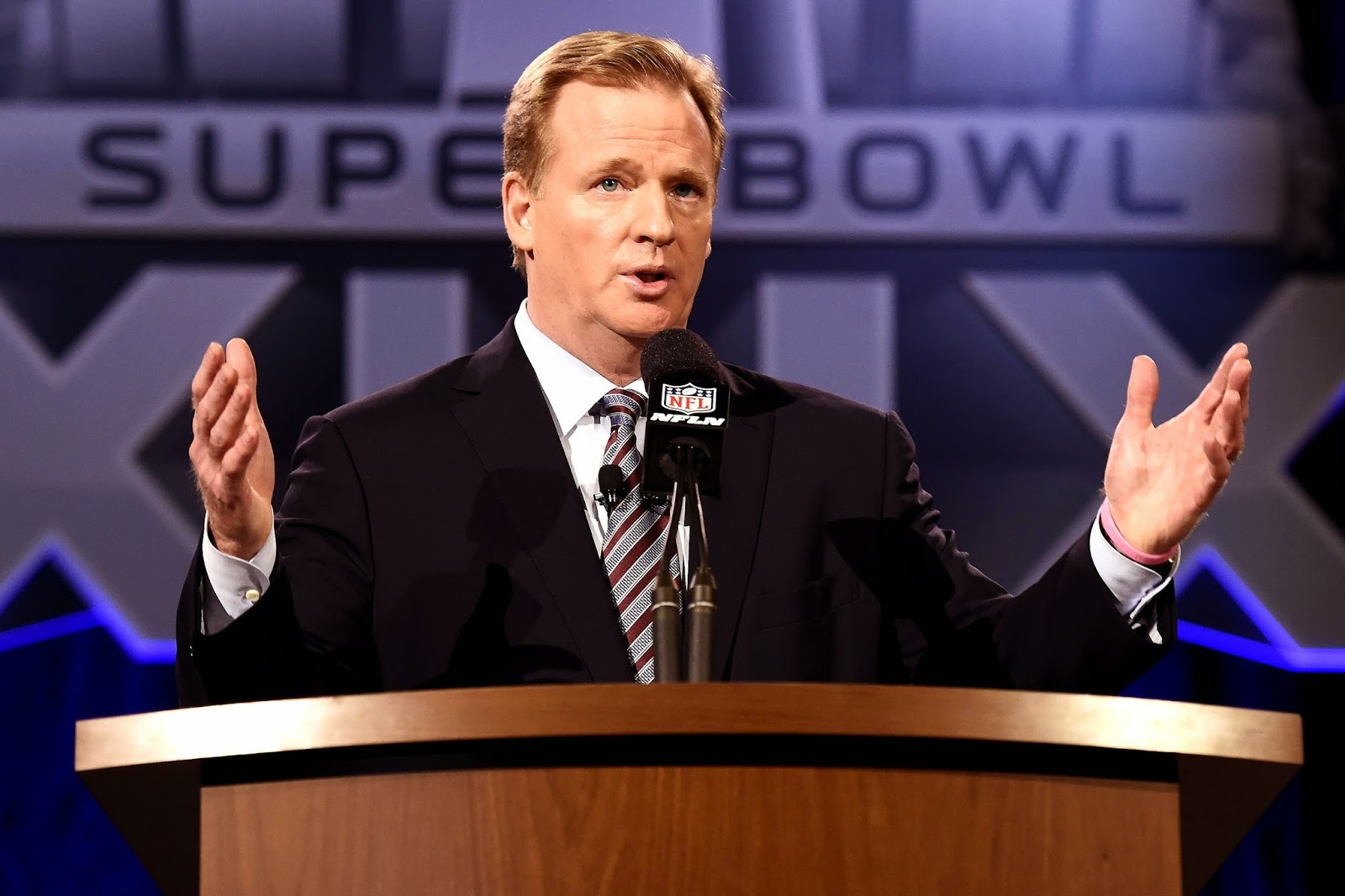 Another Super Bowl Sunday is upon us, and Commissioner Roger Goodell took time out from his busy schedule to address the state of the NFL.  You would think the biggest concern was Marshawn Lynch given Goodell's comments.  A big part of the league is public relations and the NFL insists that its players make themselves available to reporters, presumably for the sake of the fans.  Most players relish being in the spotlight, but some don't.  Marshawn doesn't want anything to do with the press and given the way they treated him all year, it is easy to understand why.

Sports reporters objected that Lynch was not fully participating in the Super Bowl media days this past week, but what seemed to upset Roger the most was Marshawn promoting his own line of apparel, Beast Mode, at these functions.  This is a big no-no.  Marshawn was forced to shelf his gold cleats in the NFC championship game because they didn't comply with League colors.  He risked being ejected from the game if he did. 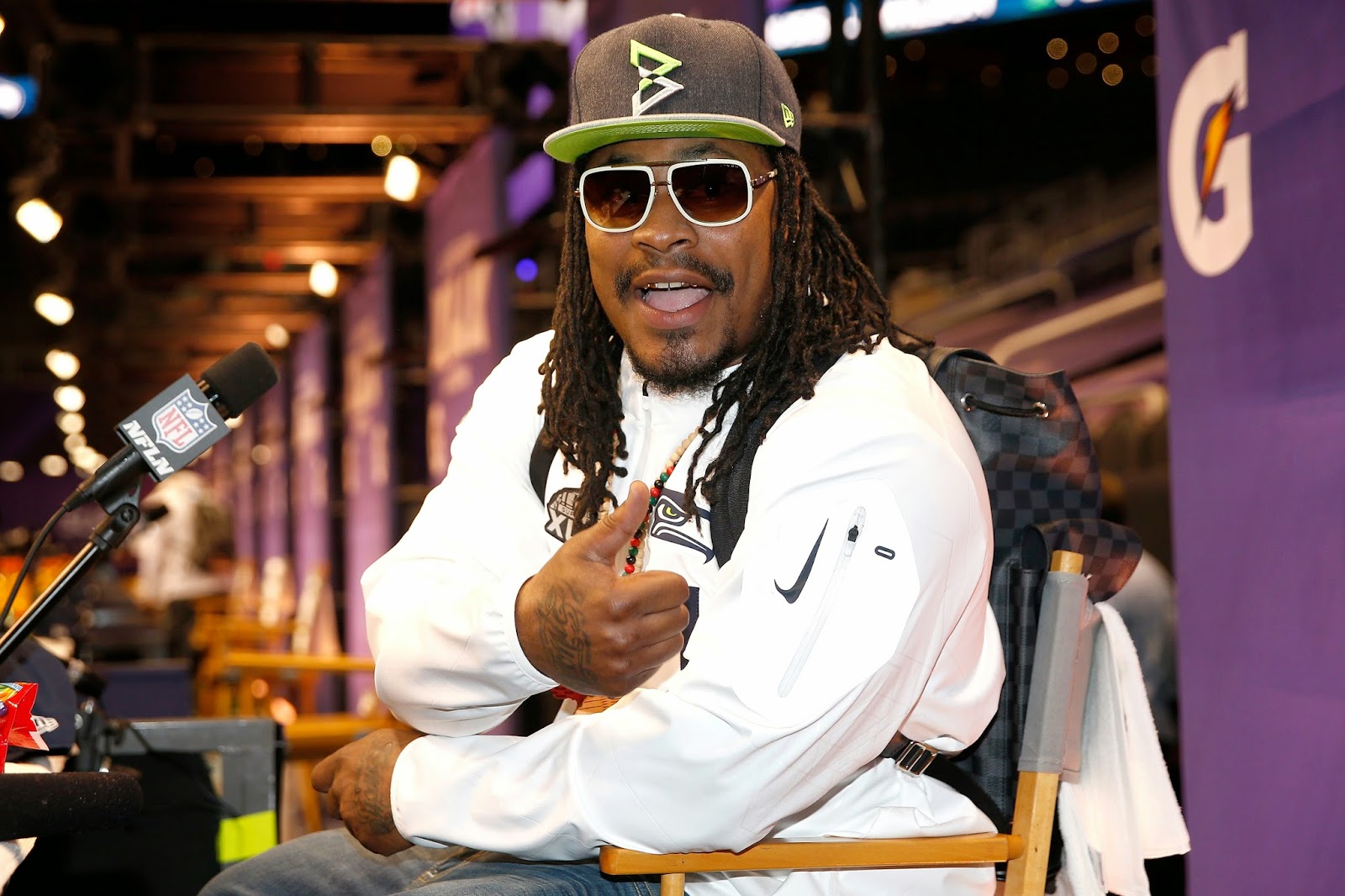 Of course, Roger wasn't happy that Lynch kept repeating the line "I'm here so I won't get fined," which went viral, and has since been picked up by celebrities far and wide who have rallied to the Beast Mode's defense.  Snoop Dogg even got a hat from Beast Mode when visiting the Seahawks during practice.  He had asked for one while being interviewed on NFL.com.   Roger is looking more and more like the assistant principal from The Breakfast Club, trying to impose his will on an unruly bunch of players who aren't conforming to the NFL "brand."

The Commish makes his money ($44 mil per year) by keeping a very tight rein on the NFL brand.  The popularity of the league has exploded in recent years and there is talk of expanding the season to meet with the ever growing demand.  The only problem is that it is hard enough as it is for a team to make it through the current 16-game schedule without suffering an inordinate number of injuries.  The Arizona Cardinals may have very well been in the Super Bowl had they not lost two quarterbacks during the second half of the season and had to rely on an unproven quarterback they took from their practice squad.

In some ways, the NFL has come to resemble Mortal Combat with its bone-crushing hits that can end a player's season and even career at a moment's notice.  Concussions have become a serious issue, especially given their lingering effects.  The family of Junior Seau (recently inducted into the Hall of Fame) is suing the NFL for what they believe was an  insufferable brain disease related to his 20 years in the league.  The NFL has made tentative steps in making the game safer but then part of its "brand appeal" is the violence associated with the game.  A two-edged sword. 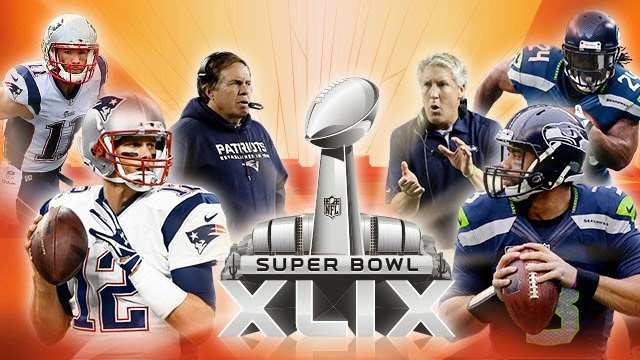 It takes a special type of person to suit up and take the kind of impact one takes during a typical game, much less a Super Bowl when so much is on the line.  This has become the biggest single sporting event in the world, attracting fans around the globe and huge advertising revenue that dwarfs the take at the gate, even with the grossly inflated ticket prices, largely due to scalping, which in itself is a crime.  It's the closest thing we have to the gladiator fights of Roman times.

Little wonder the Los Angeles stadium is known as the Coliseum.   Unfortunately, it hasn't hosted an NFL team since 1995, when the Raiders returned to Oakland and the Rams moved to St. Louis.  There is talk now of the Rams returning to LA, but cynics feel that this has been nothing more than a cheap ploy to get other cities to fork over money for new stadiums, which now run close to a billion dollars to construct.  The LA Coliseum would have to be rebuilt from the ground up to satisfy any prospective owner.  Only one team is publicly owned, the Green Bay Packers, and they have played in the same stadium for over 60 years.

Jack Patera, the first coach of the Seattle Seahawks, had an amusing anecdote in which he tried to explain to his maid who the Baltimore Colts were.  She said she knew the Indianapolis Colts and the Baltimore Ravens but who were the Baltimore Colts?  Teams have moved so much it is hard to keep up with the mascots anymore.  The City of Cleveland sued to retain the nickname after the owner moved the team to Baltimore to fill the gap left by the Colts, who had moved to Indianapolis, taking the mascot with them.  So, Baltimore opted for an Edgar Alan Poe poem.  Cleveland eventually got their Browns back in 1999 in the last NFL expansion. 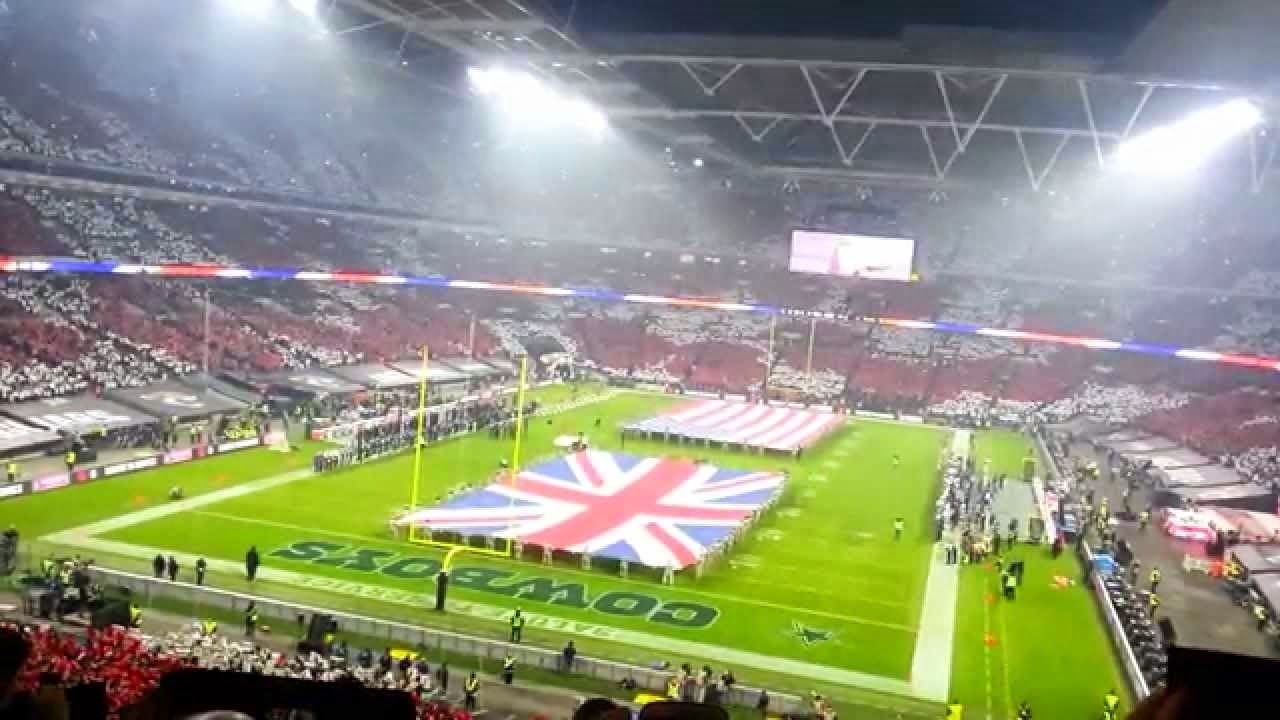 There is also talk of the NFL expanding to London.  The Jacksonville Jaguars are owned by "Shad" Khan, a wealthy Pakistani-American who also owns an English Football League Championship Team and every year stages a regular season game at Wembley Stadium in London.  With the polar route, it doesn't take any more time to fly to London than it does to fly from one coast to the other for a Sunday game.

The NFL seems content with the current 32 teams, but doesn't have any problem letting owners hold cities hostage by threatening to move if their inflated demands aren't met.  Seattle nearly lost its team back in 1996 when it was struggling as a franchise.  Billionaire Microsoft co-partner Paul Allen stepped in and saved the day, buying the team from the Behrings, who were on the cusp of moving the Seahawks to Los Angeles.  Allen lured top coaching and talent that finally led to the team's first Super Bowl appearance in 2006.

To try to level the playing field, given the substantial wealth of some of these owners, the NFL instituted a salary cap, which limited the overall budget you could work with.  This essentially ended the era of football dynasties, although some teams have still managed to thrive like the New England Patriots with craftily structured player contracts that allow them to retain key players for extended periods of time.  Most teams, however, find themselves struggling to retain their key players during free agency, when these players are openly recruited by other teams in bidding wars that have seen individual contracts skyrocket over the years, so that the annual salary cap is now a lofty $133 million.

However, it seems that all's fair even in football, where rule tampering is the norm, as Bill Belichick has demonstrated with his questionable formations, spying on opponents and now tampering with the footballs themselves to give his aging team an edge.  Bill Nye, the Science Guy, has debunked Belichick's scientific explanation for the under-inflated balls that were used in the AFC championship game. 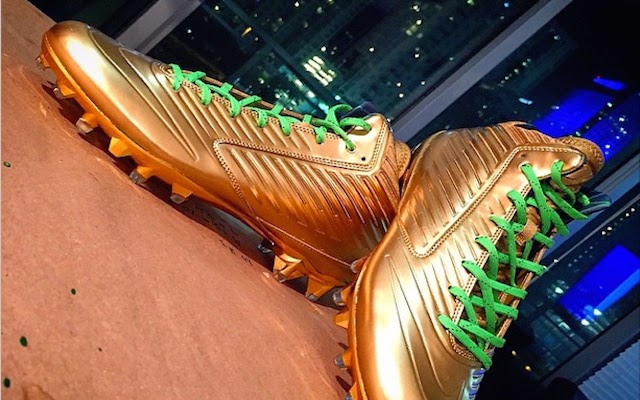 Given the multi-billion dollar nature of the league, and its tax free status I might add, you would think that Marshawn Lynch would be of little significance in the scheme of things.  Yet, there he is front and center, participating in a media frenzy for five minutes (the proscribed time) and repeating the same phrase, "I'm here so I won't get fined," to every question much to the Commish's chagrin.

Like Roger Goodell's hair, no one player can be out of line.  All players have to be carefully groomed to repeat the NFL proscribed line that they owe an obligation to the NFL for being part of the greatest game on earth and "the privilege of playing in the Super Bowl."  But, Marshawn is having none of it and that appears to be what angers Roger Goodell the most.  Call it a bad hair day.

Posted by James Ferguson at 1:13 PM