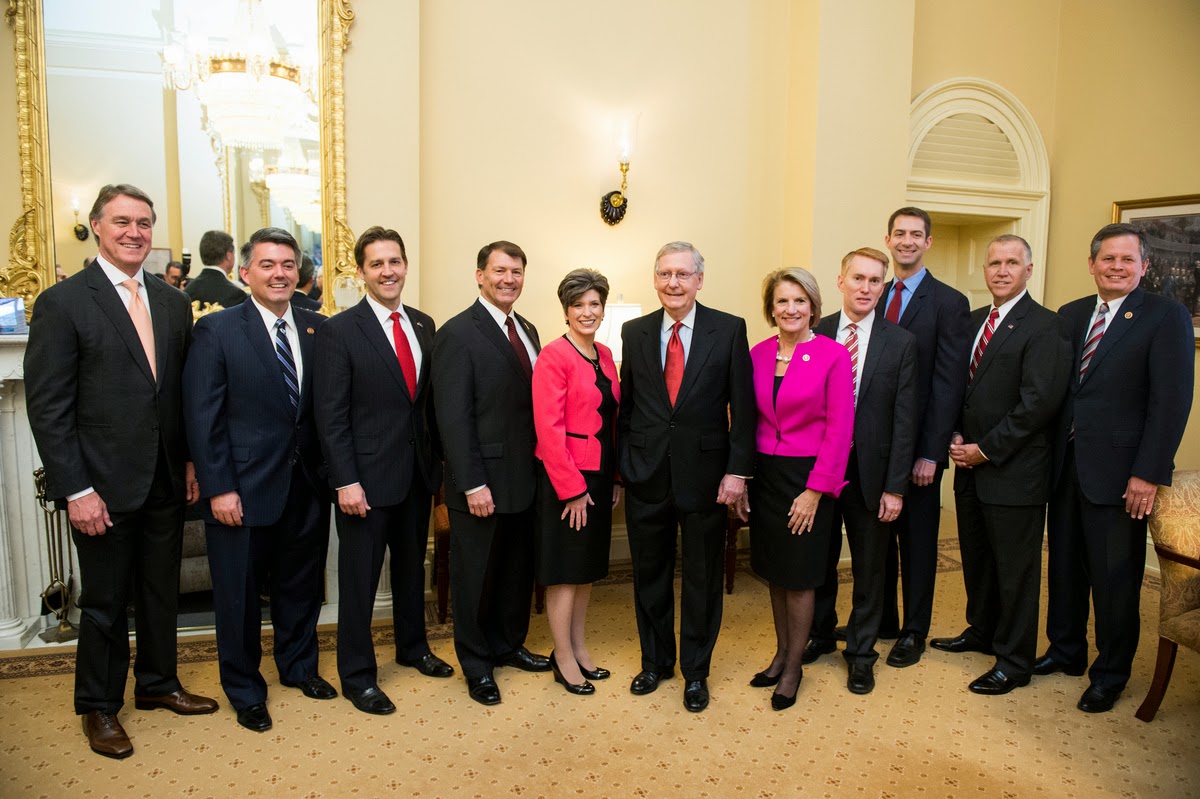 There's kind of a hangover after the Super Bowl that is hard to get past, especially when your favorite team is the one that came out on the short end of the stick.  I suppose that's what Democrats feel like as they watch the Republicans take over Congress and try to place their stamp on it.  If only we hadn't botched that last month leading up to the elections (moan), we could have at least held onto the Senate.  Instead, we have to deal with the likes of Thom Tillis, Joni Ernst, David Perdue and Shelly Moore Capito, all Teabaggers at heart, determined to undo everything the Democrats have done the past 6 years.

Fortunately, it's not so easy to overturn legislation and challenge the President's executive orders, which has greatly frustrated Ted Cruz.  He felt the Republicans should have held Loretta Lynch hostage over the President's immigration reform, especially after she said she would support it.  But, Orrin Hatch felt his party shouldn't lose sight of getting rid of Eric Holder, and there is nothing on the surface that worries him about Lynch.

John Boehner can keep doing things the way he has done the last four years.  All you need is a straight up and down vote in the House, and the GOP has a significant majority to carry any bill they so choose.  Not so easy in the Senate, where Mitch needs 60 votes to carry a bill and 67 to override a presidential veto, meaning he needs no less than 12 Democrats to block the President.  All Boehner has to say to his Senate counterpart is "Good Luck!"

It's tough to get any legislation passed when you don't have everyone on the same page, and Boehner is going to find himself running into similar problems if he wants to work out compromise bills.  The TP caucus isn't going to give an inch.  They feel they have a mandate to openly defy the President, and will do so by "any means necessary," a phrase that gets tossed around much too often these days. 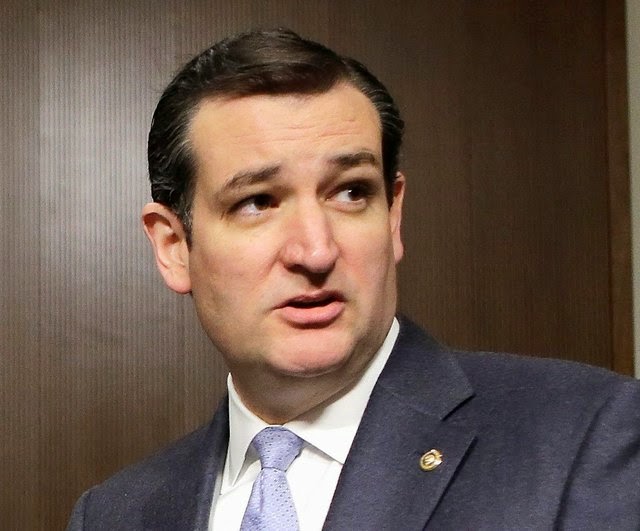 Cruz and his new TP friends feel they should use every trick in the book to overturn the Affordable Care Act, which now includes an alternative plan, cobbled together by a handful of GOP operatives, as they have come to realize that Americans want expanded health care, not less health care.  It's pretty much a "trojan horse," made to look like they have the best interest of the people in mind, when in reality they want to undo much of the ACA by taxing health care plans as you would income.

I really don't get this steadfast resistance to the ACA, other than the spite carried over from the last two presidential defeats.  Most states now have health insurance exchanges, including several red states.  A projected 10 million persons are expected to have coverage this year, thanks in large part to the subsidies.

The Republicans are challenging these subsidies.  By their narrow interpretation of the ACA, only those persons who purchased their insurance through a state exchange should be eligible for subsidies, not those through the federal exchange.  Since many red states refused to introduce their own exchanges, the federal government was the only option many persons had for affordable insurance, taking advantage of the subsidies.  You would think Republicans would herald this as it means employers will be left to pick up less of the tab when it comes to the next phase of the ACA when employer mandates kick in.

Sadly, there is now a significant percentage of Republican Congresspersons whose only purpose appears to be to dismantle federal government as we know it.  They may not carry the Tea Party banner, but they subscribe to this anti-government mentality, hoping to dissolve Congress and the President of much of their authority.  Although they claim to be upholding the Constitution, what they want is a return to the Articles of Confederation when authority was principally vested in the states. 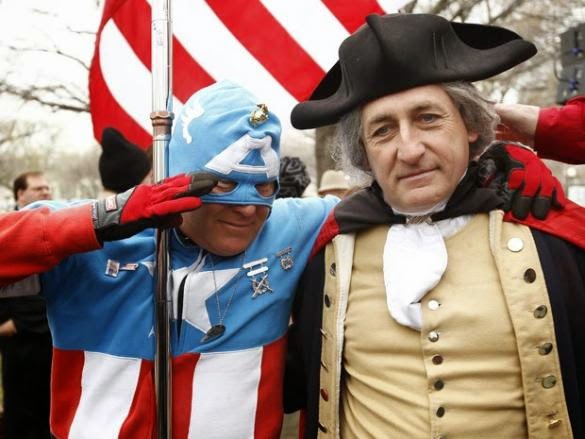 Like everything else, they want to take this country back to Colonial days, which they hold onto as a much simpler idea of America.  Their views are grounded less in history than they are in religious dogma, recasting the founding fathers into Biblical patriarchs, even Thomas Paine, who was notoriously anti-religious.  They have managed to project their alternative view of history all over the media, predominantly on the Internet, where evangelical historians offer their divinely-inspired interpretations of the past.

With the Republicans, we are always moving backward, never forward.  In their mind everything was better in the past, whether they are religious conservatives or neo-conservatives.  If they could they would raise Ronald Reagan from the dead to lead this nation once again, as in their minds he represented the vital link between the patriarchs, er founding fathers, and the present.  Unable to do so, they look for the next best thing in the current generation of conservative governors, with Scott Walker as the current "it" candidate.

All the Democrats can do until 2016 is filibuster every bill the Republicans propose in the Senate, and hope that Americans will see the Republicans for what they are next time around.  The irony is it didn't have to be this way.  If the Democrats had stood behind the Affordable Care Act, Medicare Expansion, Immigration Reform and the President, they probably could have turned many of the close elections in their favor.  Instead, they chose to descend to the lowest common denominator and lost.  As a result, they are forced to play defense for the next two years.