Of Love and Bondage 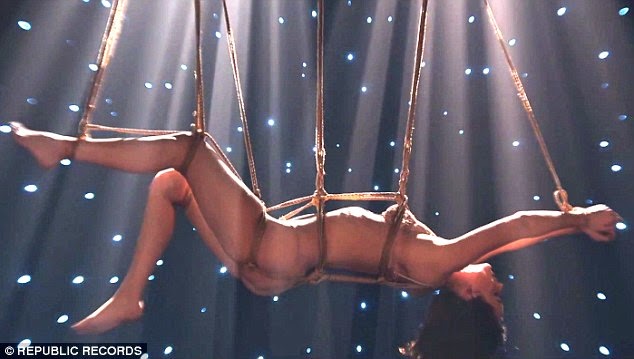 Maybe Fifty Shades of Grey is a sly reference to the perpetually gray skies of Seattle?  I don't know because I don't plan to read the book or see the movie, but was curious why a British writer decided to set her "bondage" romances in my hometown.   Seems the only reason is because she was attracted to the Twilight series, set in Forks, Washington, and had her characters take a ferry ride across the Puget Sound from the Olympic peninsula to the Emerald City.

It was bad enough we had to endure the popular success of Sleepless in Seattle.  As a friend who worked at Starbucks once told me, "we aren't in the business of selling coffee, we sell milk."  That pretty much sums up books and movies like this.

If nothing else, the "Grey Chronicles" testify to the perseverance of "print-on-demand writers" who fill your e-mail boxes with requests to review their novels in an effort to boost sales for their e-books on amazon, also located in Seattle.  E.L. James published her first novel through a virtual publisher based in Australia, completing a trifecta of English-speaking nations.  Her books have been universally panned, including Maureen Dowd who doesn't normally write book reviews.  It doesn't matter, readers love them.  So much so that sales have topped 100 million in 52 languages, including Lithuanian.

With a built-in audience like that, it was little wonder that there was a bidding war for the rights to the series, making Ms. James an even richer lady, well on her way of achieving a bank account to rival that of Stephenie Meyer, whose Twilight series finally appears tapped out.  However, the movie didn't fair any better with the critics at the Berlin Film Festival, where it premiered last week.  That, of course, had no bearing at the box office, raking in over $250 million internationally during the Valentine's Day weekend.

Most amusing was the abuse Russell Wilson got via Twitter for liking the movie.  Seems he has a very ardent base of Christian fans who don't appreciate the sado-masochism that propels the novels.  However, the movie seems to draw more from the clips available at Agent Provocateur than anything else.  Apparently "DangeRuss" doesn't seem to mind, although it might dent his appeal among evangelical millennials.

As Woody Allen would say, "life doesn't imitate art, it imitates bad television," or in this case lingerie ads.  There is clearly something I'm missing as I struggle to pen my own novel (I promise not to send review requests), as I just can't imagine what draws readers to books like this.  The only thing I can think is that somehow these romances fill a void.  It doesn't matter whether they are well written or not, as long as readers can project their own fantasies through the protagonists.  I guess Anne Rice got the ball rolling with her Vampire Interviews, which Maureen references.  It seems  E.L. James is appealing to the same bored housewives with her "mommy porn."

The interesting thing are the literary allusions.  From one review I read, Christian Grey gets the romance kicked off by sending his love interest a first edition copy of Tess of the D'Urbervilles.  If you have to look up the price you obviously can't afford it.  Fortunately for Ana, she doesn't meet the same fate as Tess.  After all, this is the 21st century.  The reference no doubt spiked sales of Thomas Hardy's classic work, so all is not lost.

Are we really that bored that we fall for contemporary novels like this?  Is there any room for real literature except as idle references?  Anyway, arguing with success is a futile effort.  I just hope the flame will die down pretty quickly and someone will have something better to write about Seattle.

As usual this went through several edits.  My apologies for the misspellings and getting the Vampire title wrong.  I didn't read it either, although have been repeatedly told it is quite good.
Posted by James Ferguson at 9:08 PM